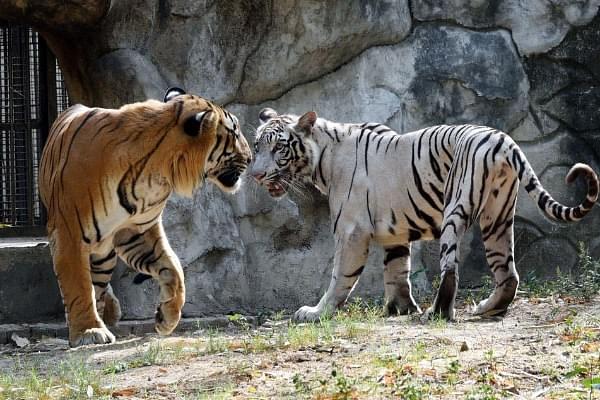 Notoriously known for his shooting skills, Nawab Shafat Ali Khan has surrounded himself in yet another controversy. In 2016, Khan was involved in culling around 500 wild boars, and next year in 2016, he killed over 250 nilgais in Bihar, terming it as ‘social service’.

Upset recently that he has not been able to hunt Yavatmal’s man-eating tigress, Khan had blazed guns against the forest department. Instead of staying focused on their efforts, the Principal Chief Conservator of Forests (PCCF) allegedly sent a senior woman officer, K M Abharna, to Khan’s hotel to apologise on behalf of the department.

Deputy Conservator of Forests, Abharna, is currently leading the department to capture the tigress alive. According to protocol, the department has to keep the animals alive by tranquilising them.

This method has reportedly upset Khan. He took a jibe against the team of officers and was reportedly telling the villagers that he was the only one who could solve the matter at hand.

With the DCF being forced to face humiliation on account of the actions of the PCCF, the forest department is in shock.

Mid-Day quoted an official from the department as saying, "I had immense respect for the PCCF, but with what happened yesterday, I feel ashamed that he is our boss. It was so wrong on his part to have instructed his fellow officer, especially a woman, to go and meet the Nawab at the hotel at night. Not only does this send the wrong message, but it also tarnishes the image of the department."

In his defence, the PCCF says, "I found out from my sources that there was a communication gap between the team led by DCF Abharna and the team headed by Nawab Shafat Ali Khan. As both are involved in the operation, I called them on the phone and told them to meet and sort out the differences," said A K Misra.

He went on to add, "I had asked them to meet at a time convenient for both of them. Our officer, Abharna, might have met him upon returning from the field. I don't think there is anything wrong in meeting someone officially, irrespective of time or gender."