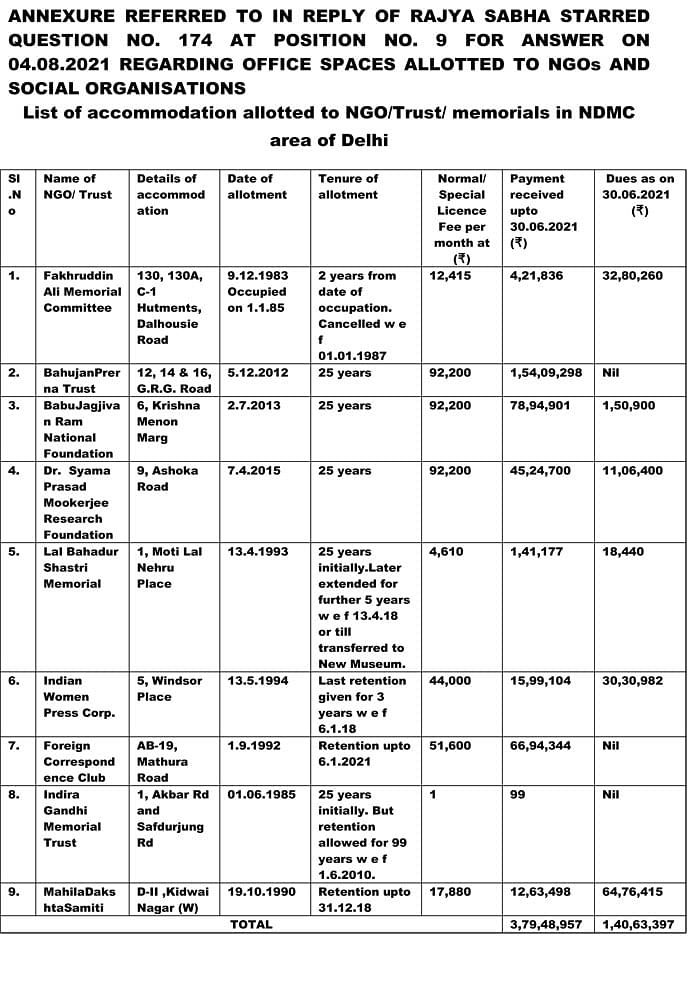 The Indian Women's Press Corps (IWPC) located at Windsor Place in Lutyens' Delhi has been given an eviction notice by the government. The government has asked it to pay their outstanding dues immediately. The eviction notice was issued on 5 August by the directorate of estates. It comes under the Union Housing and Urban Affairs Ministry.

A report on the NDTV website says that according to the notice, “the allotment had been made to IWPC on May 13, 1994, and it had been cancelled with effect from January 6, 2021, following the expiry of tenure.”

"We have sent a notice to IWPC asking them to vacate the government accommodation. They have been asked to pay their outstanding dues," an official has been quoted as saying.

The report adds that the official has pointed out that if all dues are cleared, retention of the said premises may be considered by the competent authority.