‘Won’t Move Back Even An Inch on CAA’: Amit Shah Offers ‘Italian Translation’ For Better Understanding 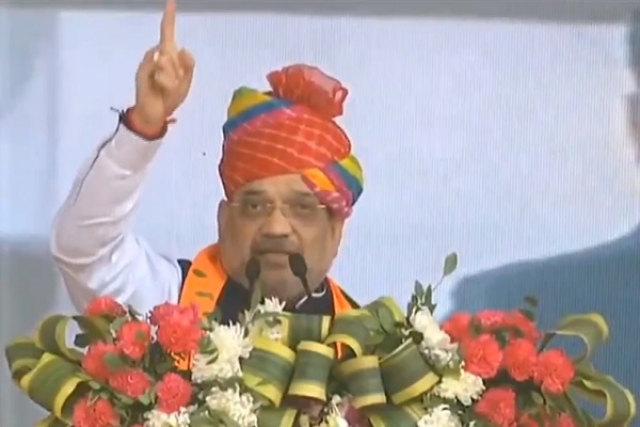 Union Home Minister Amit Shah on Friday (3 January) lambasted Congress and other opposition parties for spreading misinformation over the Citizenship Amendment Act and said that even if all the parties come together, BJP will not move back from its position on the issue.

“Even if all these parties come together, BJP will not move back even an inch on this issue of Citizenship Amendment Act. You can spread as much misinformation as you want,” Shah said at a rally in Jodhpur, Rajasthan.

Union Home Minister Amit Shah in Jodhpur: Even if all these parties come together, BJP will not move back even an inch on this issue of #CitizenshipAmendmentAct. You can spread as much misinformation as you want. #Rajasthan pic.twitter.com/aQOz4WKczm

Shah also challenged former Congress chief Rahul Gandhi for a debate if the latter had read the new citizenship law.

“Rahul Baba, if you have read the law please come anywhere for a debate on it. If you haven't read the law, I can help you with an Italian translation of it, please read the law," Shah said.

He also attacked Rajasthan Chief Minister Ashok Gehlot for opposing the CAA and said that the CM should focus on the children dying everyday in Kota district of the state.

Home Minister Amit Shah in Jodhpur, Rajasthan: Gehlot ji, instead of opposing this (Citizenship Amendment Act) first focus on the children who are dying in Kota everyday, show some concern, mothers are cursing you. pic.twitter.com/5EUnd04tFl

Over 100 children have died in the Kota district of the Rajasthan in the last one month. The Congress-led state government has been facing backlash over the infants' deaths over the alleged unhygienic conditions at the district hospital.