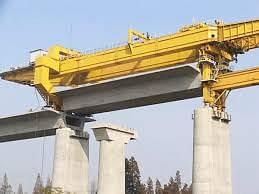 622 ‘U-girders’ have to be setup under the initiative for the Kanpur Metro Project.

The UPMRC built 100 ‘U-girders’ in 67 days whereas the next 100 were established in 64 days. Moreover, a base of around 2.5 km for the laying of the metro track has also been prepared.

“UPMRC has again achieved a milestone by erecting 200 U-girders at a very fast speed on the Kanpur Metro Project that too in ongoing difficult COVID times. The Whole team of highly professional UPMRC’s engineers and the contractor are leaving no stone unturned to achieve the targets. We shall continue with our courage and determination,” said Kumar Keshav, Managing Director of UP Metro.

Chief Minister Yogi Adityanath along with Union Minister Hardeep Singh Puri had laid the foundation work of the nine kilometer long ‘Priority Corridor’ on 15 November 2019. The swift implementation of the project so far has earned the contractors and civil engineers immense applause from the authorities.