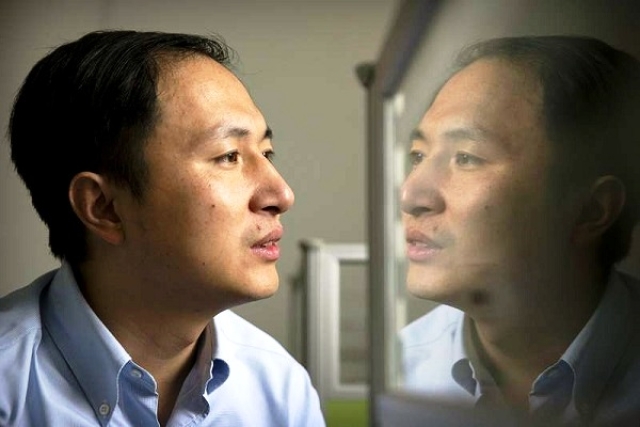 He Jiankui, the Chinese scientist, who stunned the world by claiming to have created the world’s first gene-edited babies, confronted his peers and the public at a genome summit in Hong Kong as probing questions were raised about the risks and ethics of his experiment, The Wall Street Journal has reported.

Speaking at the summit, He said “First, I must apologise that this result leaked unexpectedly, taking it away from the community before being presented immediately at a scientific venue and without the peer review process engaged before this conference”.

He, however, went on to defend his controversial work and expressed pride in his achievement.

He also revealed that there had been another pregnancy involving a gene-edited baby.

In a video posted on the Internet earlier this week, He claimed he used the CRISPR, a cheap, easy-to-use and powerful tool gene-editing pioneered in the West in 2012, to make the world’s first genetically edited babies.

He claimed that he altered the embryos of seven couples (the males had HIV) during In vitro fertilisation (IVF). This led to one pregnancy and the birth of twin girls with pseudonyms Lulu and Nana.

CRISPR-Cas9 stands for Clustered Regularly Interspaced Short Palindromic Repeats-Endonuclease9. It works like a self-vaccination in a bacterial immune system by targeting and cutting off viral DNA sequences acquired from invading phages (virus particles).

The embryos’ DNA was altered in a lab to disable a gene called CCR5-which researchers believe allows the HIV infection to invade the body-then implanted into their mother’s womb.

According to the Wall Street Journal report, CRISPR holds tremendous promise to treat intractable diseases by rewriting the building blocks of life but it is not foolproof and can set off changes in genes other than the ones intended.

Using the tool to edit the so-called germ cells-the genes of sperm, eggs and embryos, is dangerous because any changes would pass on to future generations, meaning a tiny blip could change the face of humanity.

Nobel Laureate and California Institute of Technology’s David Baltimore, who chaired the conference organising committee, called the experiment “irresponsible,” and a case of “failure of self-regulation”.

Baltimore accused He of being irresponsible in proceeding with the clinical use of germline editing with unaddressed safety issues and a lack of universal consensus in society.

Chinese-American biologist Feng Zhang, who was on the team that invented the gene-editing technology CRISPR, also condemned the work. “Fundamentally, I don’t think genome editing is ready to be applied in embryos for implantation purposes. There are still technical hurdles we have to solve,” he said.

Also Read: Genome Editing: The Benefits And The Ethics