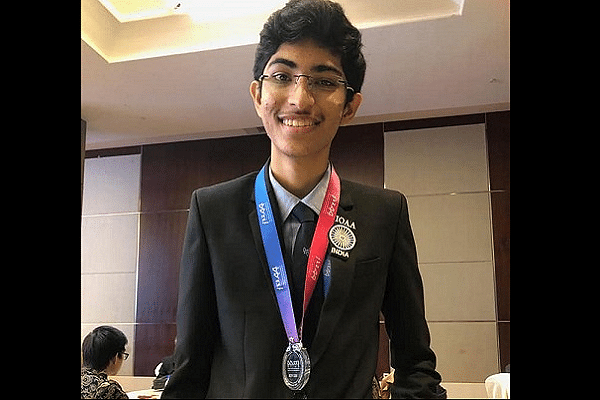 Prathyush P Poduval with his medal

Mangaluru boy Prathyush P Poduval has secured a silver medal in astronomy and astrophysics at the International Olympiad. He is currently pursuing his degree in basic science at Indian Institute of Science in Bengaluru.

Severene Rosario, the programme coordinator at Centre for Advanced Learning said, “Prathyush was trained for the Olympiads by the Centre For Advanced Learning (CFAL). Prathyush studied Advanced Sciences and Mathematics at CFAL from his eighth grade. Being the Karnataka state topper in KVPY 2017-18, he has been offered a yearly scholarship of Rs 84,000 by the government.”

At the International Olympiad, over 214 students from nearly 40 countries participated in the Olympiad. The competition was organised from 3 November to 11 November at Beijing. Prathyush was the only participant from South India among five people who represented India. India won three silver and two bronze medals.