‘You Should Learn A Little From The BSP People How They Listen Carefully To What I Say’: Mayawati To SP Workers 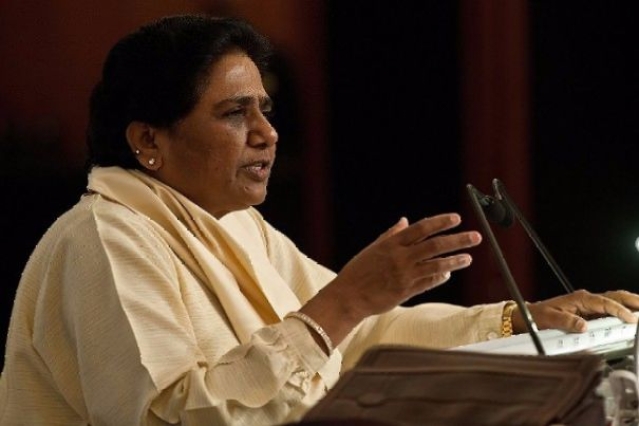 Addressing a joint rally of Samajwadi Party (SP), Rashtriya Lok Dal (RLD) and Bahujan Samaj Party (BSP), the BSP supremo Mayawati lost her cool when she got miffed by the loud and incessant sloganeering allegedly by SP workers and followers in the midst of her speech.

Expressing her disgruntlement, she took a jibe at the SP workers by asserting, "The sloganeering and shouting you (SP) do in the middle of a speech, I think you should learn a little from the BSP people how they listen carefully to what I say. The SP people need to learn a lot," as reported by ANI.

The joint SP-BSP-RLD rally was held in Firozabad, a day after legendary rivals Mayawati and Mulayam Singh Yadav came together on one stage in SP bastion, Mainpuri, where BSP chief was seen canvassing for her long time rival-turned-ally.

Sixteen constituencies in Uttar Pradesh, which sends maximum lawmakers to parliament, have voted in the first and second phase of Lok Sabha elections on 11 and 18 April 2019. The remaining 64 constituencies in the state are still to cast their votes.