‘You Voted For Modi And Want Me To Work For You’: Kumaraswamy Caught On Camera Threatening Workers 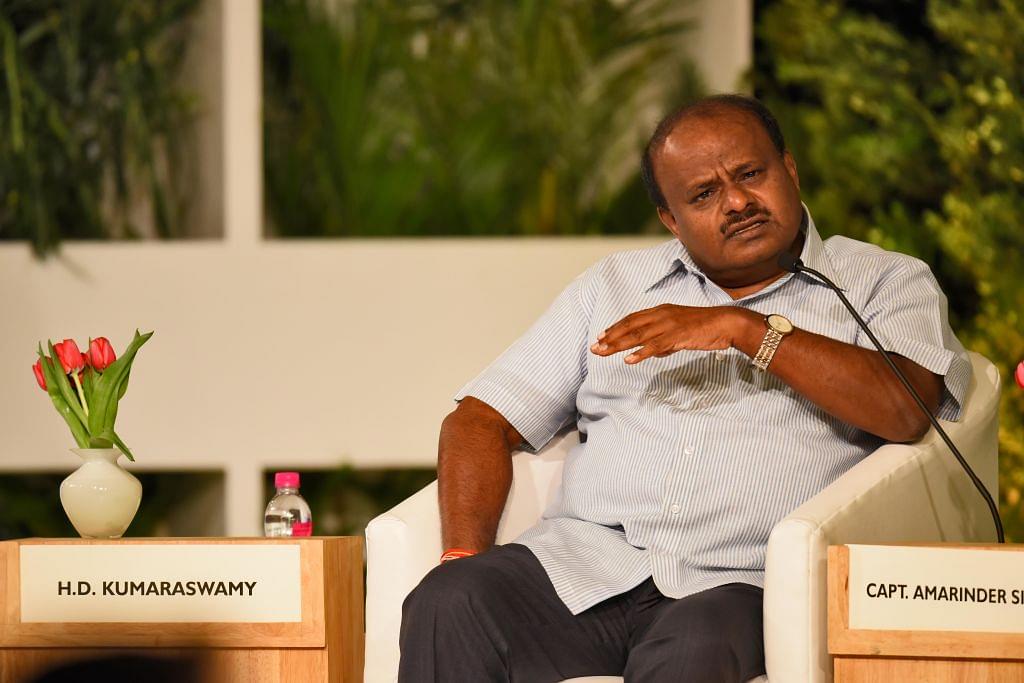 The employees of YTPS had list of their grievances which they wanted to share with Kumaraswamy who then got angry and shouted at a group of workers who approached him. The chief minister was in Raichur for his Grama Vastavya (village stay) programme.

Leaving onlookers shocked he told the YTPS employees said, "You voted for Narendra Modi and want me to get your works done! You want me to give you respect. Should I baton-charge you? Leave the place."

#BIGNEWS: Watch how CM @hd_kumaraswamy lost his cool during
village stay programme and asked people 'why should I help you, when you voted for @narendramodi?' pic.twitter.com/KE9H0dkKBn

Later, Kumaraswamy told a television channel that he lost his cool after workers blocked the road which made him. He had sought 15 days time to address their grievances and went on to say if the Prime Minister's convoy was blocked would anyone accept it.

The CM will spend the night at a government higher primary school in Karegudda under Manvi Taluk of the district as part of his 'Grama Vastavya' programme. This would be second such stay, the first was in Chandaraki village in Yadgiri district.

Meanwhile, the Karnataka BJP condemned the chief minister's outburst and threatened to stage state-wide agitations and BJP MLC and spokesperson N Ravi Kumar said, "This is against democracy. The chief minister should immediately seek an apology from the people. He should call them and hear them. If this continues, the BJP will agitate against him across the state”.