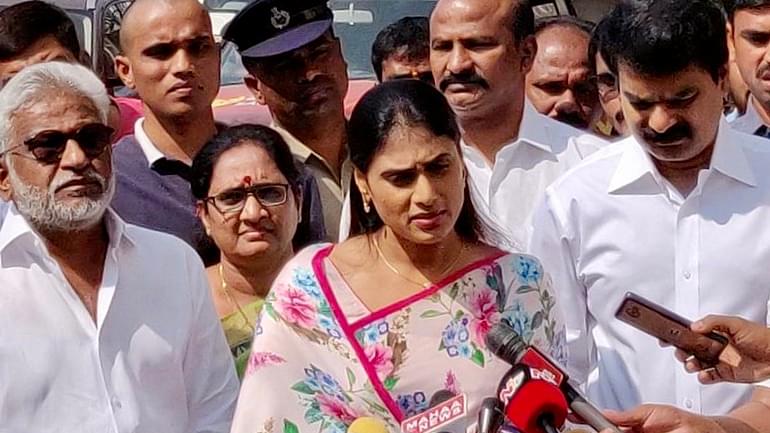 Sharmila complained to the Hyderabad commissioner of police in the matter and decried such gossip that is doing the rounds.

"I have no acquaintance with Prabhas and have never spoken to him. I firmly believe that the TDP is behind this rumour,” Sharmila was quoted as saying by News 18.

Calling it “propaganda” to gain political mileage ahead of the polls, the YS Congress leader sought criminal action against those spreading rumours on social media.

She also alleged that the TDP had targeted YS Jagan Mohan Reddy ahead of the elections.

The success of the mega walkathon ‘Praja Sankalpa Yatra’ testifies the traction that the party has been getting in the state, said Sharmila.

Meanwhile, Andhra Pradesh Women Development Minister, Paritala Sunitha, said the TDP had nothing to do with the social media posts.