Zero Sewer Discharge In Ganga in Varanasi by November 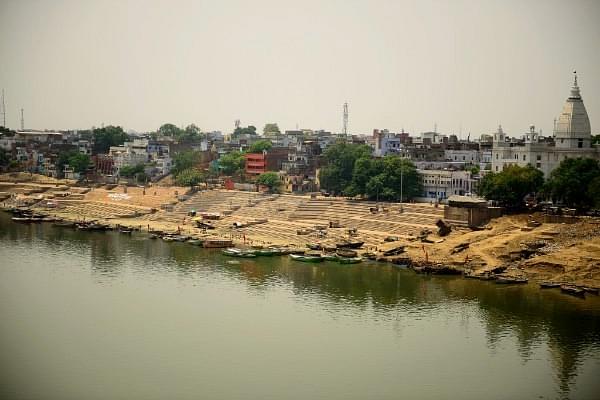 In ancient city of Varanasi is set to have zero sewer discharge in the holy river by November this year, PTI has reported.

Varanasi is the parliamentary constituency of Prime Minister Narendra Modi and during the campaign in 2014, he had promised to transform the city.

The improvements to the Ganga ecosystem in Varanasi are perhaps the most significant. Ganga cleaning programmes have been going on for decades, without much success. The Modi government adopted a scientific approach to the river cleaning, attacking key root causes and finding permanent solutions to the polluting causes.

Foundation stone has also been laid for managing sewage at Ramnagar, a neighbouring town, better. This project includes a 10 MLD capacity STP and a project to divert four drains away from the river.

A 28-kilometre-long relieving trunk sewer is also being constructed between the Varuna and Assi ghats, named after eponymous rivers merging with Ganga. These projects are designed to increase Varanasi’s sewage treatment capacity to more than 400 MLD, which can meet the city’s needs till 2035.

"Work on 50 MLD sewage treatment plant at Ramana is nearing completion. By November this year, it is expected to be fully operational for treating discharge of Assi Nala. With this, flow of untreated sewer water from Varanasi city into the Ganga will be completely checked," said NMCG officials.

The biggest capacity augmentation has been the 140 MLD sewage treatment plant (STP) at Deenapur last year by the Prime minister.

The project increased the sewage treatment capacity in the city from 102 MLD to 242 MLD. It is located in Dinapur village, approximately 7 km from Varanasi and will cover an area of approximately 6.2 hectares, adjacent to the existing 80 MLD STP.

The current gap of around 50 MLD will be filled with the operationalisation of Ramana STP, said officials of UP Jal Nigam which is executing the project.

Another 120 MLD treatment plant at Goitha is undergoing trials which will increase sewage treatment capacity to 412 MLD. The sewage generation is expected to increase up to 400 MLD by 2035, said NMCG officials.

Besides the STPs, other projects have also been taken up by the agencies to make the city future ready and ensure pristine look of Ganga which serves as focal point in eminence of Varanasi as a hub of international tourists.

The efforts have yielded results with people talking about cleanliness and improved condition of ghats along the Ganga River with more tourists now flocking them. "The ghats are cleaner and we are receiving more tourists now," said Dilip, who rows his boat at Dashashwamedh Ghat on the Ganga.

Projects for regular cleaning of 84 ghats at the cost of Rs 15 crore and river surface skimming to remove floating garbage, with Rs 2.48 crore expenditure, have been operationalised in the city.