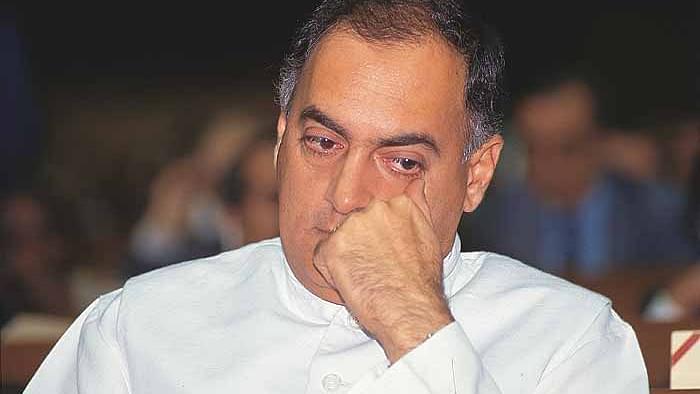 Recently, the video clip of Rajiv Gandhi’s notorious “big tree” comment was released. And it is worse than you thought.

The power of the visuals of an event can often get underestimated. Most people who are aware of the anti-Sikh pogrom of 1984 probably know about Rajiv Gandhi’s shameful comment about it: “When a big tree falls, the earth shakes”. Now that so many people know about such utterances of India’s former PM, one would expect that the video of him saying that would only be taken as yet another vindication of the truths of ‘84.

Yet, seeing Rajiv Gandhi utter those lines, hearing him speak those words in his semi-nasal voice would probably come across as more than just a vindication of what you already knew. It would seem like a whole new story. Most readers would know what was said, but the sheer hate inherent in the words seems to get amplified in audio-visual form.

A brief background to the clip: Prime Minister Indira Gandhi was assassinated by her security guards in her residence on October 31, 1984. The assassins were both Sikhs, Satwant Singh and Beant Singh. Earlier in the year, Indira Gandhi had authorised military action on the Golden Temple in Amritsar to drive out the Sikh militants hiding inside.

The five days after her death saw a pogrom unleashed at the Sikhs in Delhi. Many victims claim that the mobs were led by Congress leaders. Although, any prominent leader of the party is yet to be brought to book.

Later, In a public meeting held in the memory of Indira Gandhi, her son uttered these words:

(When Indira ji was killed, then there were a few riots in our country. We know how much rage filled the hearts of the people of India, how much anger, and for some days the world. . .for some days people thought that India is shaking. But, when a big tree falls, the earth shakes a bit).

Given below is the video of this frightening speech. The video was released in a press conference by HS Phoolka—who has been fighting for justice for ‘84 pogrom victims—and BJP’s RP Singh.