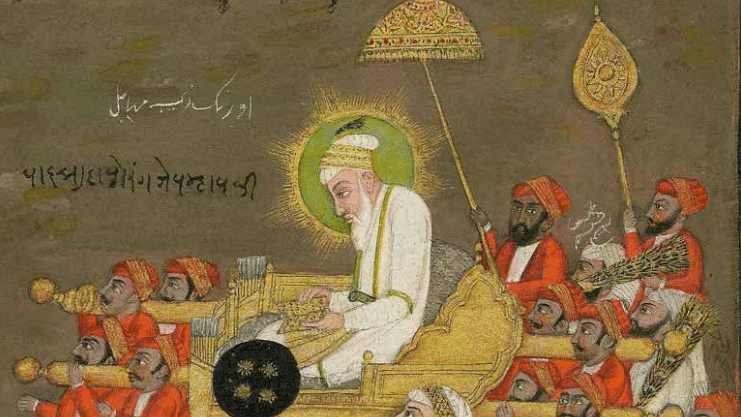 The late Marathi novelist Nagnath S. Inamdar’s forte was historical fiction. He wrote 16 historical novels, and one of the most popular among these is Shahenshah, on the life of Aurangzeb, under whom the Mughal empire attained its largest expanse, and who, paradoxically, ensured its decline and fall. After spending the last 25 years of his life in the Deccan, leading a fruitless jihad against the Marathas, Aurangzeb died a broken man in Ahmadnagar, far away from Delhi, in 1707.

A mere 50 years later, in 1757, Robert Clive won the Battle of Plassey, with the Mughal empire already existing only in name. Rarely in human history has such a vast empire disintegrated so swiftly, and Aurangzeb is almost solely responsible for this. By the time he died, he had bankrupted his exchequer, ruined trade and industry, brought his administrative systems to a state of collapse, beggared the majority of his subjects, and provoked rebellions all over his kingdom until near-anarchy prevailed.

Inamdar tells Aurangzeb’s tale without judging him overtly. His protagonist is a complex man, not above fits of self-doubt, or a reckless infatuation with a young Hindu slave girl, Hira Bai. Yet, he possesses steely resolve, great cunning, ice-cold nerves and unmatched courage. He has extraordinary self-control and leads a monk-like life shorn of all vices.

He is also a fanatical Islamist, a rosary ever-present in his hand, when it is not holding a sword. He shuns wine, music, poetry and art, and is committed to convert all kafirs to Islam, or to persecute them till they see “the Truth”.

Shahenshah is a story that grips the reader from first page to last. We follow Aurangzeb from his early 30s, when he is subedar of the Deccan, to his grabbing the Delhi masnad, his evergrowing troubles with the Marathas and the Rajputs, his increasing intolerance, to his final quarter-century-long misadventure, and his death at the age of 89. That is, almost his entire adult life. But one wonders why most of his brutalities are glossed over.

The murder of Dara Shikoh, Aurangzeb’s eldest brother and his father Shahjahan’s chosen successor, is mentioned only once, casually, in conversation. But this was the one event that changed India’s trajectory utterly and completely. Dara was possibly the only truly secular Muslim who had ever been close to coming to power in Delhi—he had the Upanishads translated into Persian and stated that the ”hidden book” which the Quran mentions is the Upanishads. But to Inamdar, his killing is worth only a sideways glance.

“When (the) prisoners arrived at Delhi they were paraded through the streets of the capital (29 August). Dara was seated in an uncovered hawda on the back of a small female elephant covered with dirt….His feet were chained, though his hands were free. Exposed to the full blaze of the August sun, he was taken…through the scenes of his former glory and splendour.

“That evening Aurangzib held a private consultation with his ministers about Dara’s fate….The pliant theologians in the Emperor’s pay signed a decree stating that Dara deserved death on the ground of his deviation from Islam.

“…(The next night) Nazar Beg and some other slaves visited Dara’s prison in Khawaspura, tore away Sipihr Shikoh from his father’s arms and hacked Dara to pieces. By Aurangzib’s order the corpse was placed on an elephant, paraded through the streets of the city a second time, and then buried.”

Guru Tegh Bahadur’s abominable murder is also referred to only in passing. The only one of Aurangzeb’s enemies whose ghastly execution gets some play is Shivaji’s son Shambhuji, for whose pardon, Inamdar says, Aurangzeb’s daughter Zeenat had pleaded with her father. Shambhuji’s death is recounted with great sophistication. We never know what was done to him—Zeenat only hears his terrible screams and runs away, hands clamped over her ears. Readers are forced to plumb the darkest corners of their imagination.

I quote from Sarkar again: “That very night (Shambhuji’s) eyes were blinded and next day the tongue of (his minister) Kavi-Kalash was cut out….After undergoing a fortnight of torture and insult…their limbs (were) hacked off one by one, and their flesh thrown to the dogs. Their severed heads were stuffed with straw and exhibited in the chief cities of the Deccan to the accompaniment of drums and trumpets.”

One may say that as far as fratricide and thinking up bestial ways to kill enemies, Aurangzeb was no worse than his father and grandfather. And Inamdar—like Sarkar—shows no favouritism. Very few would know that Shivaji, having lost many of his forts to the Mughal forces, signed a treaty in 1665, and agreed to pledge his loyalty to the Mughal throne, provided his conditions were met.

It is also not very well-known that when Shivaji came to Agra seven months later to be presented to Aurangzeb “along with other vassals” (Sarkar’s words), the Mughal, while intensely suspicious of Shivaji, treated the nine-year-old Shambhuji with affection, and encouraged him to make friends with his son. After he had executed Shambhuji in the most gruesome manner 23 years later, he showed great respect to his wife and son. Was this all realpolitik? We will never know, and neither Inamdar nor Sarkar provides an answer.

But should the desecration and destruction of thousands of temples merit only a line or two? Or the jiziya tax (though when that levy is mentioned, it earns the adjective “dreaded”)? To figure out the full impact of Aurangzeb’s 50-year reign, one has to read Sarkar.

Reading Shahenshah, we come to know a great deal about Aurangzeb’s life, but Inamdar leaves it to our interpretative and imaginative abilities to know the man himself. We see him from the outside and are almost never privy to his thoughts. We see him fall in love, get angry, plot the downfall of his enemies. We see him at peace and at war. Inamdar tells us enough for us to infer that he is fighting his inner demons; but the author does not tell us who he is, and what his demons are. He hardly ever comments on him, except for a stray sentence here or there. As Aurangzeb prepares for his final assault to capture the Mughal throne, Inamdar tells us: “Fate had delivered multiple blows and hardened Aurangzeb beyond recognition. He had lost all his finer sensibilities now.” But that’s about all.

The novel is a fine descriptive one. It exposes its subject’s foibles as much as his unwavering faith, his frailties as much as his admirable fearlessness; but Inamdar leaves it to us to form our own opinions about Aurangzeb. He is a storyteller, not an analyst. Having said that, in this exceptional translation by Vikrant Pande, Shahenshah emerges as a portrait of a deeply conflicted man. Aurangzeb’s loyalty is only to Islam and to what he—often deludedly—considers his duty as an emperor. His subjects call him “Alamgir, zinda pir (Alamgir, the living saint)”, but he loathes this appellation. He wants to be a servant of Allah, a humble one, yet he lusts for power. He revels in the glories of his empire and orders grand celebrations for every small victory, but retains his own austerity. He kills his brothers and imprisons his father till his death, yet pines pathetically for his father’s forgiveness.

Does he deserve our sympathy? No. Does he deserve something more than to be dismissed by one thick brushstroke: “Bigot, fanatic, nauseating”? Yes. Does he need to be judged? Inamdar does not appear to judge him, and through his meticulous chronicling, lets the readers find the answer for themselves.

Yes, Aurangzeb needs to be judged.

The translation is quite brilliant. At no point does one feel that one is reading a book originally written in Marathi. The Marathi idioms transform without any fuss into perfect English ones. The Urdu terms, which Inamdar kept as Urdu in his book, are retained. This, actually, is a hugely important decision for a translator. And he triumphs.

Pande has given us a great book, even a necessary one. Inamdar’s novel is the only one we have on the life of Aurangzeb. What we make of it is up to us. And we need to be up to it.