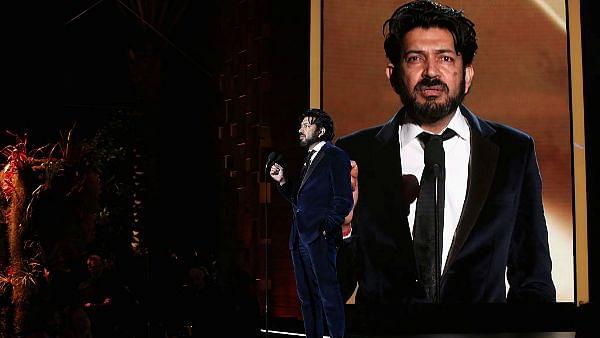 Consider a journey—that is at once an intimate emotional personal travel and an adventure into an ever-unfolding mystery. That is what Siddhartha Mukherjee has tried successfully to portray in The Gene—An Intimate History. Dr Mukherjee has a lucid way of telling an epic tale of discovery of the genetic material and mechanism as well as the complex and intricate dances of interaction it affects through the course of evolution of our species and inside the bodies of the individual members.

According to him, this is “the story of the birth, growth and future of one of the most powerful and dangerous ideas in the history of science”. And that is “gene”.

The book grabs the reader right from the first pages. If you are a biology student who has seen the unsmiling face of that Austrian Augustinian monk Gregor Mendel and only the ratio results of his pea experiments, Mukherjee makes him an interesting personality—a man who failed his biology exams and ended up discovering some of the laws which would arguably be to genetics what Newton’s laws of motion were to physics.

While the Pythagorean idea that heredity was exclusively from male semen would soon dominate European thought in the form of Paracelsus’s mini-human in sperm—the homunculus, Aristotle’s idea of heredity as transmission of information with contribution from both male and female would have to wait. Two thousand years after Aristotle and 108 pages into the book, Mukherjee shows how a theoretical physicist would take forward human knowledge: “Schrodinger imagined a chemical with multiple chemical bonds stretching out along the ‘chromosome fiber’.…Similarity and difference; order and diversity; message and matter. Schrodinger was trying to conjure up a chemical that would capture the divergent, contradictory qualities of heredity—a molecule to satisfy Aristotle.” Schrodinger’s book What Is Life? (1944) was definitely the decisive guiding light to the gene hunters. But that was the time when gene hunters themselves were hunted.

Trofim Lysenko was promoted by the Marxist regime in the Soviet Union. The commissars had an ideological objection to the very concept of genes. They chose the Lamarckian theory of inheritance of acquired characters, and believed that what gets inherited could be totally controlled through the control of environment. That was how the classes would progressively diverge into conflicting groups. So Marxists saw bourgeois conspiracy in the idea of innate factors. Genetics became bourgeois science. Eminent geneticist Nicolai Vavilov would become a martyr for genetics in the Saratov jail. Herein then lies the danger of using science for State ideologies. Mukherjee writes:

“…it is difficult to imagine Nazism without a belief in the indelibility of inheritance as it is to conceive of a Soviet state without a belief in its perfect erasure. Unsurprisingly in both cases, science was deliberately distorted to support State-sponsored mechanisms of ‘cleansing’.”

Genetics in the West was also closely connected with the notoriously controversial eugenics movement. If one thinks it is dead, well, it is not. Mukherjee explores this aspect in detail. The previous eugenicists, among them Francis Galton, Albert Priddy, and the Nazis, made their genetic selection at the level of the phenotype—the manifest conditions of the underlying genes. Naturally, they never took into account the complex interactions and processes which happen from the genotype to its manifestation. Neo-eugenics or “newgenics” aims to operate at the level of genes with assurance of “scientific rigour and choice”.

Despite such assurance even from stellar scientists like Watson and Crick—the discoverers of the DNA’s double helical structure, the modern scientific community is critical and rightly so, points out Mukherjee. The reason: human genetics reveals that “the interaction between human genes and illness were vastly more complicated than newgenics might have anticipated”.

Mukherjee also touches upon another important area, which is in a way very relevant to a discourse that has far wider ramifications in many parts of the world than even 19th century eugenics. The seminal work on human origins by Luigi Cavalli-Sforza et al in 2008 would ultimately lead to the now famous “Mitochondrial Eve”—that a single human female who existed in Africa about 200,000 years ago to whom “each of us can trace our mitochondrial lineage”. “She is the common mother of our species,” declares the author, and finds “the idea of such a founding mother endlessly mesmerizing”.

Study of genetic markers, particularly in the Y-chromosome, and charting the possible course of human migration across the planet, have become an important tool in proving or falsifying the speculations about the early history of human civilization. One remembers the 2001 paper by Bamshad et al that was hailed as clinching genetic proof of the Aryan Invasion Theory. Indian geneticists and scholars cautioned against this study, though even international science magazines, including New Scientist, published articles with sensational headlines like “Written in Blood”.

However, by 2006, detailed genetic studies had confirmed the objections raised by Indian geneticists. A detailed paper published in American Journal of Human Genetics by Sanghamitra Sengupta et al, established how erroneous the 2001 genetic study of Indian populations was in trying to reinforce a colonial myth. No, the Dravidians were not driven out of the Indus valley by incoming Indo-Europeans aka Aryans, who claimed the upper pedestals of the caste system they supposedly established. On the contrary, the study said the genetic data “are more consistent with a peninsular origin of Dravidian speakers than a source with proximity to the Indus”, and that “the distinctive South Asian Y-chromosome landscape” had not been shaped by Indo-European migrants.

Mukherjee does not mention this interesting episode where modern genetics exploded a colonial myth posited as history, which can lead to disastrous consequences in modern-day politics of post-colonised societies. He does warn against racist tendencies that may emerge with such study of ancient human history through gene markers. But such studies actually do not support racism: “… every genome carries a signature of an individual’s ancestry—but an individual’s racial ancestry predicts little about the person’s genome.…The geneticist goes home happy; the racist returns empty-handed.”

The book has a larger and deeper purpose than presenting the history of genetics and charting its possible future course in a gripping tale—in which it succeeds effortlessly. Genetic reductionism is extremely attractive to the human mind. A gene for homosexuality, a gene for God-experience, a gene for mastering calculus, a gene for the G-spot too. We are “nothing but” the result of the nucleotide sequences perpetuating themselves through the changing environment—a dice game of chance genetic mutations and environmental changes—extended phenotypes of extraordinary proportions—yet genes all. Many pioneers of molecular biology like Maurice Wilkins and Erwin Chargaff were put off by the initial enthusiasm of gene reductionism. We live today in what Mukherjee calls the “post-genomic” world. We have seen, with the advantage of hindsight, how genetic science can benefit our self-understanding, making our lives better in ways unimaginable even a few decades ago. We also know the dangers of junk science and the immense human tragedies it can bring when used for ideological purposes. Genetic reductionism does have a memetic propensity to make itself easily available for such distortions.

The 13 points that Mukherjee puts forth as tentative first steps towards a manifesto for the post-genomic society is essentially a cry against such reductionism. For example, this is the fifth point: “When we claim to find ‘genes for’ certain human features or functions, it is by virtue of defining that feature narrowly.…The genome is only a mirror for the breadth or narrowness of human imagination.” And the sixth: “It is nonsense to speak about ‘nature’ or ‘nurture’ in absolutes or abstracts.”

In fact, this is one philosophical stream that runs through the book. Starting from a line from Steven Wallace—“In the sum of the parts, there are only the parts”, to a quote from a Sanskrit poem—“Show me that you can discern between what can be divided and what cannot”, this idea is the constant undercurrent, like the legendary invisible stream of Indian mythology.

As the book ends, Mukherjee writes: “A whole assembled from the sum of the parts is different from the whole before it was broken into the parts.” It is déjà vu 1932 when physicist Niels Bohr pointed out the paradoxical problem at the heart of methodology in the biological sciences: “You could look at a living organism either as a living organism or as a jumble of molecules…there might well exist a mutually exclusive feature, analogous to the one found in atomic physics.”

The Gene conveys the wonder and mystery and also a deep gratitude to the process and institutions of science. This reviewer, though, has to admit one small area of disappointment: the omission of the work of Barbara McClintock, which challenged the static atomistic view of genes and unveiled the dynamic nature of the genome. Her work, recognised late, was important in subsequent epigenetic studies. One hopes this small but important omission will be taken care of in subsequent editions.

Mukherjee has written an excellent book—to be read by the Heraclitean fireside, as Erwin Chargaff would have said.