And Now, Vedic Creationists! Thankfully, They Are Relegated To The Fringe 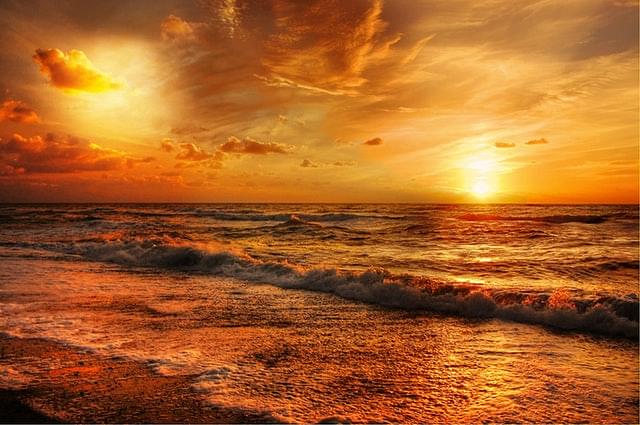 In India, fortunately, Vedic creationism is a fringe phenomenon.

A paper published in the journal Proceedings of Geologists’ Association, in October this year, challenged the conventional view of human evolution. “We describe late Miocene tetrapod footprints (tracks) from the Trachilos locality in western Crete (Greece), which show hominin-like characteristics,” Per Ahlberg of Uppsala University in Sweden and his team of geologists announced. “They occur in an emergent horizon... dated to approximately 5.7 Ma (million years ago),” their paper said. Whichever animal made that track was “plantigrade”, is walking on the soles of its feet, entaxonic – that is, having its big toe stronger than the outer digits – and did not have claws. In other words, the creature was bipedal – almost like us humans.

Bipedalism is key to human evolution, as it separated the earliest hominids from the other four-legged great apes. The general textbook convention about human evolution holds that the earliest fossil evidence for bipedalism is provided by the Australopithecus afarensis around 3.9 million years ago. In the first decade of the new millennium, more fossils were unearthed by scientists which showed bipedalism in older species. In 2001, a team of paleontologists led by Brigitte Senut and Martin Pickford discovered hominid fossils, which are now named as a new hominin species, Orrorin tugenensis. A thigh bone fossil of this species led to the conclusion that they probably walked upright when they walked on land.

In 2007, scientists announced the result of 15 years of sustained study of another hominid – the 4.4-million-year-old Ardipithecus ramidus. They also presented the most complete fossil of the species – Ardi. The study of the fossils and three-dimensional reconstructions of Ardipithecus suggest that they were bipedal. However, they were “not as well-adapted to longer, more strenuous bouts of terrestrial bipedality as were known Australopithecus species”, say Gen Suwa, anthropologist from the University of Tokyo, and his team in their 2014 study of Ardipithecus. It is in this context that the new discovery has come. It not only implies a bipedal hominin almost six million years ago, but discovers it in Europe rather than Africa. Whatever the future holds for the tracks in Crete, there is a strong possibility that down the line, in a decade, the textbook science of human evolution would put the emergence of bipedalism, at least one million years earlier than it is presented today.

That brings us to a larger question. If science has always been shifting its pictures, then how can we rely on it in matters of human evolution? Does religion not provide more concrete and definite, unchanging answers?

There are certain interesting side phenomena in popular culture which evoke in one some amusement and even a feeling that is a little more than amusement. One such thing is the new “Vedic creationism”. Indic religions, both Vedic and Buddhist, not only don’t have any problem with evolution, but they also base their worldviews on evolution. The reason is that Vedanta as well as Buddhist metaphysics have their roots in Sankhya, of which evolution is the very basis. That is why, when we have a phenomenon called Vedic creationism almost modelled on the creationist and “Intelligent Design” (ID) movements of modern Christendom, it is amusing. While in the West, creationist-ID movements have a very strong political lobby, in India, fortunately, Vedic creationism is a fringe phenomenon or, as the saying goes, so infinitely small that it is negligible. However, even fringe phenomena in the current scenario of digital viral memes can easily snowball into a major movement and hence we do need to look at them with a feeling that is more than just amusement.

Vedic creationism has been spearheaded by Richard L Thompson (1947-2008, Sadaputa Dasa), an American mathematician and Michael Cremo (Drutakarma Dasa), a freelance writer, both members of the International Society of Krishna Consciousness. In 1993, they teamed up to write Forbidden Archeology, a cult book for “alternative archaeology” theorists and creationists. What differentiates “Vedic creationists” from their Christian counterparts is that the former claim that “creation” is billions or even trillions of years old and that human origins, too, are similarly, more ancient. Cremo and Thompson chronicle in their book various instances of what they claim to be uncomfortable facts for mainstream scientists, which, Cremo believes, were “filtered out” by Darwinians.

Cremo is also a columnist for the monthly magazine Atlantis Rising, which is devoted to “alternative archaeology”, new-age beliefs and increasingly creationism. In the June issue of the magazine, Cremo wrote about the “Eoliths” or the so-called “dawn stones”. Aimé Rutot (1847-1933), a geologist and curator at the Natural History Museum of Brussels, had discovered crude stones, which, he claimed, were artifacts made by human agency. And he dated them as belonging to the Oligocene era, which is about 34 to 23 million years ago.

In his column, Cremo writes how he went to the Pitt Rivers Museum in Oxford where Rutot had sent samples of his “eoliths”. The entry in the museum catalogue informs Cremo that the eoliths are “31 very rude ‘implements’ and flakes of flint discovered by E de Munck and A Rutot in the alluvial deposits, believed to be of Middle Oligocene date.... These are regarded by many archaeologists as non-artifact, and the very early geological horizon appears to preclude Man’s intervention”.

Cremo writes: “During the Oligocene, the only primates that existed, according to the standard Darwinian ideas, were small primitive apes and monkeys. I thought it was interesting that right next door, in the Pitt Rivers Museum were some of the Oligocene Boncelles artifacts. Scientists influenced by Darwin’s ideas think that the first tool-making human predecessor (Homo habilis or a variety of Australopithecus existed around three million years ago. Tool making in the Oligocene? Impossible!.... This is a good example of what I call the knowledge filtration — the writer thought these objects could not be tools because tool makers and especially not human tool makers, should not be present in Oligocene.”

Science simply does not work this way. Darwinian evolution is not a religious dogma. It is a scientific framework. While humans, even those ascribing to evolution, can tend to become dogmatic or fixated in certain hypotheses or theories, Darwinian science of evolution itself has evolved.

Even in the case of eoliths, it is the same. In 1909, Cambridge University published a centenary volume commemorating the birth of Charles Darwin and the fiftieth anniversary of the publication of The Origin of Species. In this volume is a paper, ‘The Descent of Man’, by Prof G Schwalbe, University of Strassburg, where the professor wrote as follows:

“There is a tendency at the present time to refer the origin of man back to Tertiary times. It is true that no remains of Tertiary man have been found, but flints have been discovered which, according to the opinion of most investigators, bear evidence either of use or of very primitive workmanship. Since Rutot’s time, following Mortillet’s example, investigators have called these ‘eoliths’, and they have been traced back by Verworn to the Miocene of the Auvergne and by Rutot even to the upper Oligocene. Although these eoliths are even, nowadays, the subject of many different views, the preoccupation with them has kept the problem of the age of the human race continually before us.”

So, there was no Darwinian dogmatic rejection of eoliths when they were discovered in 1876, when Rutot started supporting the human origin of Belgian eoliths, or even in 1907 when he claimed they were found in the Oligocene levels. The eoliths were rejected as human artifacts because British geologist Samuel Hazzledine Warren (1872-1958) and many scientists conducted many experiments that tested the features of natural and human types of flaking. The results conclusively showed that the eoliths were not artifacts, but results of natural processes. The eoliths, in fact, played a role in creating a mindset in the scientific community that accepted the hoax Eoanthropus dawsoni – the notorious Piltdown man hoax, in which bone fragments were presented as the fossilised remains of a previously unknown early human. Rutot himself would come up with an eccentric hypothesis about an early genetic mutation which gave rise to a single person with extreme brain capacity, who, in turn, would be capable of creating “a race of the strong” and such a race evolved with primeval climatic changes triggering intense competition for survival among humans. Archaeologist Assien Bohmers, who was close to Nazi leader Heinrich Himmler, was interested in this conjecture of Rutot.

In other words, the rejection of eoliths and the self-correction of the Piltdown hoax and now the recalibration of the time scale of our hominin phylogenetic branches based on fossil evidence and possibly Crete footmarks, are all based on empirical evidence and not dogmatism.

Against this, the acceptance of objects such as eoliths by a “Vedic Creationist” and parading them as proof of a literal interpretation of the Hindu Puranas shows the danger innate in accepting religious texts as sources of the ultimate truth with respect to what should be the domains of science.

This is not to say that epistemologies of systems like Sankhya, Vedanta, Jain and Buddhist worldviews cannot provide valuable insights as well as frameworks to study problems, such as what is life and what its origin is.

The very fact that science can change its stand by the discovery of a fossil shows that it has life and is in itself not fossilised. It is up to us to make sure that the poetry and high philosophy of our religion does not get fossilised by a narrow literal interpretation.