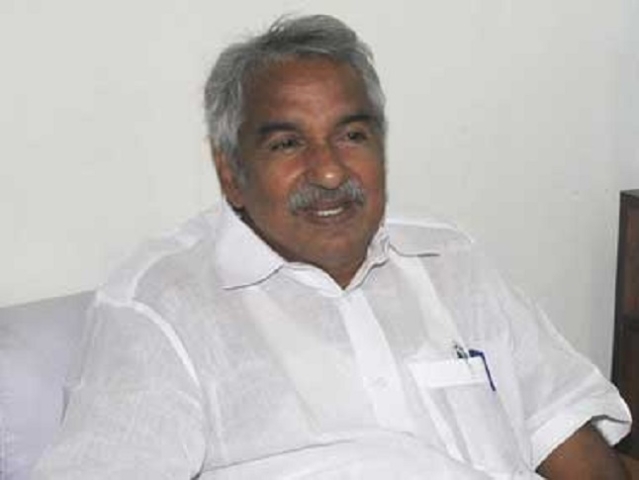 In Kerala today, all Hindus are in effect second-class citizens. Non-Hindus show naked intolerance against Hindus, using government machinery on the one hand, and the pliant media on the other.

The “intolerance” meme had its day in the sun just before the Bihar elections; and it virtually vanished thereafter. But intolerance is a fact of life; in fact, it may even result in virtual apartheid. Kerala is particularly prone to this syndrome, and here I look both at recent events in Kerala as well as my personal experiences with people of Kerala origin. This is a micro-picture of the beast, but it surely fits in with the macro-picture.

Prime Minister Narendra Modi visited Kerala on December 14 and 15. The visit was marred by a barrage of posturing and positioning by various political parties. If you analyze it, you are left with the distinct feeling that there is tremendous intolerance in “God’s Own Country”, but you will be wrong in your first instinct about the identity of the victims and the oppressors. The victims, it turns out, are Hindus in general and OBC Ezhavas in particular, and the oppressors are non-Hindus including Communists.

Why the Ezhavas? They are the largest group of Hindus—about 20 per cent of the total population, form most of the peasantry including the majority of the poor, and have been a dependable vote bank for the Communists, based on their subaltern experiences in the 19th and early 20th centuries. But they also formed the bulk of converts to Christianity: starting in 1819, when the Old Seminary in Kottayam was funded with Rs 10,000 extorted from the dowager queen of Travancore by the then British Resident, very large numbers of Ezhavas converted because the church promised free education to converts.

Today, Ezhavas are asserting their Hindu identity; they are centerstage in a Hindu consolidation, which may bring the BJP to the position of swing vote in the state. The Communists may lose their trusted vote bank, and the Congress may face an erosion in their Hindu votes as well. Ezhavas are upset that their share of the pie has shrunk, and that even their temples are being looted by the government, which then turns around and offers largesse to non-Hindus (there is even a state programme to forgive loans given to neo-Christian converts!). Thus the Ezhavas are targeted, especially their leader Vellappalli Natesan.

The most casteist groups in Kerala are the Communists and the Congress, both of which have consistently put down “lower-caste” Hindus. In fact, even their allergy to the PM is quite possibly because he is an OBC, which conversely makes him popular with Ezhavas, as well as with the SC Pulayas.

The intolerance du jour was seen in the absence of the Congress Chief Minister, Oommen Chandy, from two events with the PM on December 15: one, the unveiling of the statue of former CM R. Sankar, and two, a visit to the pilgrimage centre Sivagiri Matham associated with the great saint and social reformer, Sri Narayana Guru.

It was made to appear that the Ezhava community, of which both were members, deliberately insulted the CM by not inviting him to both functions.

In fact, Chandy went on the offensive on Twitter, with a tweet that said: “I felt extremely sad when I was told not to attend the function by the organizers who invited me to the event. I considered the opportunity to participate in the state unveiling function of Shri #RShankar as an honor.”

But diligent social media types remembered that Chandy had boycotted the PM’s inauguration in 2014, as had the Congress Mayor of Cochin when then-candidate Modi was speaking to an audience of SC Pulayas. They also asked the obvious question: if you were disinvited to the unveiling of the statue, why did you boycott Sivagiri? Then they dug up an official letter from Chandy to the PM’s Office, which said without further explanation that “he will not be attending” the functions of the unveiling of the statue or the visit to Sivagiri. It is not clear from all this whether he decided to boycott both the functions before or after he was “disinvited” from one.

The answer, in reality, is that—as the PM pointed out in his speech—there is “untouchability” in Kerala. Not so different from the time Swami Vivekananda called Travancore a “lunatic asylum”. Then it was a crazy caste system that kept down so-called “lower castes”. Today all Hindus are in effect second-class citizens, and the state is dominated by Christians, Muslims and Communists. Non-Hindus show naked intolerance against Hindus, using government machinery on the one hand, and the pliant media on the other.

The very verbiage suggests the distorted discourse. Here are more of Oommen Chandy’s tweets, verbatim: “The voices of protest are a welcome sign and reiterates #Kerala’s stance against communal forces. #Kerala acted in unison and issued a strong warning against communal forces when realized that there is an attempt to appropriate #SNDPYogam.”

Exactly what are “communal forces”? It is actually code for “Hindus”. It is as though they cannot even say the word “Hindu” because it is so, so…vile. It is axiomatically impossible that the “secular” Christians or Muslims could be “communal forces”, heaven forbid! What is this dog-whistle statement saying? It’s suggesting that the SNDP Yogam, or Sri Narayana Dharma Paripalana Yogam, the Ezhava organization, must not have anything to do with Hindus. But wait, Ezhavas are Hindus!

However, in context, this statement makes perfect sense. Since Hindus are divided and there is inter-caste animosity in Kerala, no Hindu-leaning party like the BJP has ever won a single assembly or Parliament seat. Thus, the Ezhava attempt at Hindu consolidation, helped along by the popularity of the PM, must be thwarted and nipped in the bud.

Early in December, the head of the SNDP Yogam, Vellappalli Natesan, went on a Samatva Munneta Yatra from Kasargod to Trivandrum, forging alliances with various other Hindu groups, and in effect demanding equal rights—“samatva munneta” means “equal development”—compared to non-Hindus in the state. As articulated by such observers as Prof C.J. Issac, Hindus are losing ground rapidly, in terms of land ownership, bank balances, control of educational institutions, medical facilities, and so on. However, Hindus do lead in one thing: fully 92 per cent of those committing suicide in Kerala are Hindus, surely a sign of stress, often financial stress.

In the middle of his march, Natesan was hit with a non-bailable offence case by the government, charged with “causing enmity between groups”. This was for his comment when the family of a Muslim man was given compensation for dying while trying to rescue two people who had fallen into a manhole: Natesan suggested that the compensation given was biased by religion. Which seems innocuous, and not all that heinous. It may even be factual. However, there were a series of other things said or done by people which the government did not deem to cause “enmity between groups”.

• A Muslim preacher said that giving money to Hindu temples was equivalent to…, well, let’s say it was a pretty offensive analogy

• The serving Chief Secretary, a Christian, said in a speech at the Old Seminary, the centre of conversion, that it was the duty of the church to evangelize all of Kerala to Christianity • A Christian priest said that Christian children must only be educated in Christian schools (let us note that Hindus own only about 10 per cent of all schools)

• We will make Kerala like Jallianwallah Bagh, said a Christian priest

• Communists abused then-candidate Modi going to Sivagiri in 2014 as an attempt to “Hinduize” Sivagiri, which is odd, considering that it is a Hindu monastery

Clearly, there are different standards for different people.

Kerala, despite its progressive image, has a curious history of intolerance. For one thing, there is the Malayali Memorial of a century ago. This was a memorandum (“memorial” is an archaic form) to the Maharaja of Travancore, signed by many thousands, beseeching him to take some locals into the royal service: it was customary then to induct mostly Tamil Brahmins. Later, there was the Ezhava Memorial, another request, this time by the Ezhava community, also hoping to get government jobs. Today, the situation is again dire: Hindus find themselves excluded from many avenues.

This sort of prejudice and intolerance is absorbed, as it were, with mother’s milk. I have experienced this personally. The very first time I understood intolerance was when I was about 10, studying in a Christian school. One day, my friend Philip told me he had seen a devil sitting on a tree in his yard. I was impressed because I had never seen a devil. Then he proceeded to tell me, quite casually, “Your gods are our devils.” I was startled. Although none in my family or priests had told me this, I felt I had to retort: “Your gods are our devils, too.” Clearly, the stories Philip had heard and I had heard were different.

Later, as a columnist, I found this sort of prejudice elsewhere, too. For instance, a well-known journalist wrote on Twitter that he was, in effect, fired for his Hindu perspective, and only, he said, one portal came to his rescue. I had similar experiences, but as a non-professional journalist; I earned my living elsewhere. But I remember the feeling: of being a second-class person, outside looking in.

I used to write op-eds for a famous national newspaper, but one fine day, my contact told me that they would not accept anything else from me, not because my output was bad, but because the op-ed editor had decided to dump me. Incidentally, this was a Kerala Christian woman.

I had a Kerala Communist classmate who later became a big shot as a political analyst for a major magazine. He once went to a book fair, and told me he found a book on Godhra with a chapter written by me. He was so incensed that he asked the vendor to pull the book. Another time, when I supported Israel over Palestinians, he complained on our class Google Group that what I said was so bad that “reason itself was under attack”.

“Reason”, “secular”, “tolerance”. All interesting words, but in the Indian context, they mean something completely different from the dictionary meaning. They are meant to obfuscate. There is apartheid against Hindus, and if we speak out against it, we are “intolerant”. Kerala is just further along in the hypocrisy sweepstakes, but the rest of the country is not far behind. It will not be long before the verbal abuse starts turning into imprisonment and more sinister things. It is déjà vu, J&K: demonize Hindus, then cleanse them.