Book Excerpt: What Is The RSS View Of Feminism? 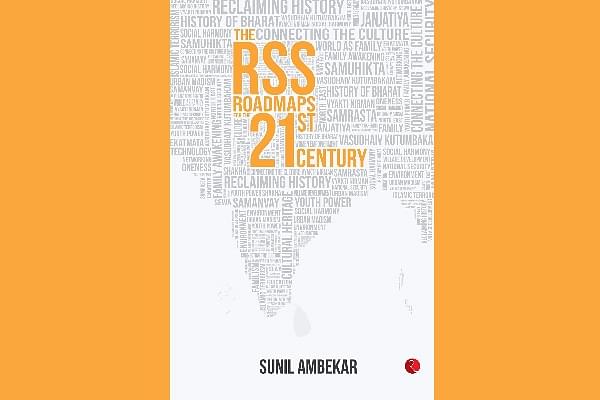 WHO IS A FEMINIST?

The Sangh believes in equality for women and works hard to establish it. True, there have been many grave problems and attacks that women have had to suffer.

When feminism was imported as a diagnostic tool to assess the situation in the Indian context, it failed badly, although certain questions worth considering were raised and did stimulate law-making which eventually helped women.

Its basic flaw was its fault-line approach and a fundamental alteration in the idea of Indian womanhood. They defined women’s empowerment in terms of ‘sexual politics’ and ‘philosophy of power relationships.’

For them, the nature-defined role of women as mothers and carers was a model of femininity based on a patriarchal past, like cages associated with a gendered identity. Feminism is the language of male oppression and class struggle and it shows no flexibility to account for diverse experiences.

Improvements in economic condition and education are not considered transformative enough.

All contestations are about the woman’s body. The hippie culture of the West in the 60s and 70s became the coda of this stream of thought.

It is, therefore, natural for most women to be uneasy with Western feminist thinkers and their tropes, which have come to inhabit the social science space in India.

In any case, whatever pretensions it had as an academic discipline soon degenerated into a fad and reckless lifestyle choices.

Unfortunately, this has taken hold among certain sections of our society and university campuses, where feminist paraphernalia of Woodstock symbolisms are considered as rites of passage for being considered ‘progressive’.

It can be safely stated that the march of women’s empowerment in India has no traces of Western feminist thinking. It follows the Indian trajectory of integration, where women and men work together to remove social ills that are incapacitating to women.

In Russia, they have coined a new concept — they say, they do not need harmful feminism but a good family life. I also heard their preferred word ‘familyism’, while on a tour to Russia during their presidential elections in March 2018, as an ‘international observer’.

The Sangh, on the other hand, does not believe in the dictates of straitjackets and isms. It is a comprehensive mission of society to empower women, to remove restrictions of purdah, which came about as a result of a long history of invasions, and to raise educational levels and economic ability.

The Sangh has supported enabling laws and policies. However, the moot point is change in social mindsets where each family takes the decision to bring about a qualitative change in the status of women.

Therefore, the Sangh is reaching out to families with the message of women’s empowerment, education, democratic participation and fighting evil practices like dowry.

If a woman wants to go out for studies or work, she ought to be encouraged. If a woman decides to enter public life, she should be supported.

We are seeing this change quietly sweep across the country in a uniquely Indian manner.