Booked By The Beautiful Game 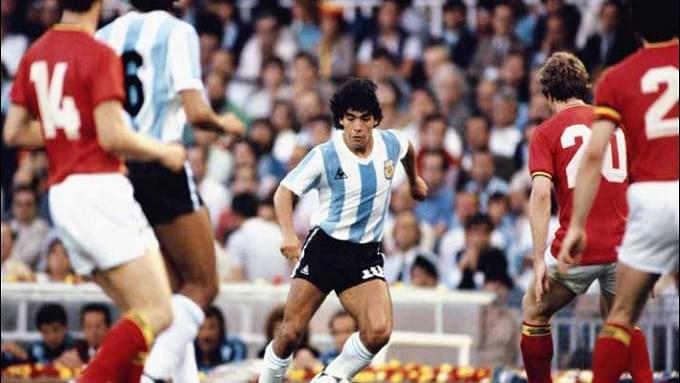 Nothing could stop us from living in a make-believe world of having our own soccer 11, and Maradona would always lead that pack, across generations.

I have lost count of the number of times I have kicked a tennis ball in my verandah at an imaginary goalpost during my years growing up in Kharagpur. Playing five-a-side football with a tennis ball and a miniature goalpost was a craze (it was called footer). Now we play the same five-a-side football with a regular football but with unique rules (including a non-stop version, where you use the deflection from the side walls). Football has been without doubt one of the popular sports in India. And if you are in West Bengal, Kerala or Goa, you are in a state crazy about soccer. Skilled players, passionate fans and amazing coaches combined made India a football-worshipping nation. Few football fans would know that India was once called the “Brazil of Asia”. Or that the rivalry between East Bengal and Mohun Bagan was ranked amongst the top 50 club rivalries in the world. Novy Kapadia’s Barefoot to Boots is a thrilling account of the incredible journey of Indian football.

Soccer craze reached its pinnacle during the 1986 World Cup, largely due to the new popularity of colour television in India — that led to an entire generation idolising Diego Maradona. Since June 1986, when Maradona proudly hoisted the World Cup, Argentina’s victory has become the stuff of legend. Their quarterfinal with England, which featured arguably the best goal in history (Maradona’s “goal of the century”) and the worst (the notorious “hand of God”) is infamous.

I secretly wished that I would one day play like Maradona. I was aware that India would probably never play in a World Cup, at least in my lifetime (India is ranked 102 by FIFA). But that did not stop us from living in a make-believe world of having our own soccer 11. And Maradona would always lead that pack, across generations. I relived that period in Maradona’s own version in Touched by God: How We Won the Mexico 86 World Cup, where he detailed every game. On the soccer field, I tried to emulate Johan Cruyff’s “total football”. I practised the famous “Cruyff turn”, but without much success. Cruyff was one of the greatest players in football history and his philosophy of the game was legendary. His death in March 2016 brought world football to a standstill, and generated an unprecedented outpouring of emotion. If there is one football autobiography that is a must read, it is his My Turn.

The beautiful game will always remember the beautiful team of 1970. To football fans everywhere, the 1970 Brazil World Cup-winning team will remain the ultimate masterclass in skill, sophistication and style. In his book The Beautiful Game, Garry Jenkins set out in search of that unforgettable 11. The book is a wonderful collection of personal histories and celebration of the most revered football team the world has ever known.

When it comes to club football, my passion has shifted from Manchester United to Arsenal; from Bayern Munich to Barcelona — primarily based on the star players. My personal high was watching a match in Maradona’s own Boca Junior stadium, La Bombonera in Buenos Aires. This stadium, built in 1940, has a “flat” stand on one side of the pitch and three steep stands round the rest of the stadium. It is widely regarded as one of the most emblematic stadiums of the world.

Nick Hornby’s Fever Pitch captures his love for Arsenal and what it means to be a soccer fan. It is a study of obsession, loyalty, depression and joy that every soccer fan can relate to. The Damned United by David Peace is a fictional account of what happened during Brian Clough’s ill-fated 44-day tenure as football manager of Leeds United in 1974. This book received great critical acclaim — described in The Times as “probably the best novel ever written about sport”, but its publication was not without controversies. Former Leeds player Johnny Giles complained about the way he was portrayed in the book and took legal action, claiming he had been libeled. Giles won the case and as a result the publisher made changes to the text in later printings. The first edition is now a collectible book. The book was later made into a movie in 2009 (The film ends with the caption: “Brian Clough remains the greatest manager the England team never had”).

Duncan Hamilton wrote another bestselling book on the same subject, Provided You Don’t Kiss Me: 20 Years with Brian Clough.

When it comes to identifying young soccer talent, The Away Game by Sebastian Abbot captures the gripping story of a group of boys chosen in one of the largest talent searches in the history of sports. The Football Dreams programme has held tryouts for more than five million 13-year-old boys across Africa looking for the next superstars. The book beautifully captures the joy and agony that the talented African boys and their families experience as they chase their dreams in a world of rich Arab sheikhs, money-hungry agendas and football-mad European fans.

While there are many books by football coaches (like Alex Ferguson’s Leading and My Autobiography), I particularly enjoyed Stephen Constantine’s From Delhi to the Den. The book has some interesting insights into the type of coach that we as football fans rarely get to see and appreciate. It’s full of anecdotes and opinions from a viewpoint outside of the elite footballing bubble; most of all, it’s a well-crafted, highly enjoyable read that many Indian fans can relate to.

However, my favorite books are The Illustrated History of Football and Hall of Fame by Guardian cartoonist and illustrator David Squires. Squires has the amazing ability to focus on the stories away from the pitch, looking at the circus around the game without ever mocking the players. Both the books cover almost all the high points in soccer history and its famous players. All the cartoons are hand-drawn and one of my prized possessions is an original artwork of Maradona’s hand-of-God goal from The Illustrated History of Football.

This is what David Squires wrote to me about the artwork: “That was one of the stories I was looking forward to re-telling in cartoon form, as ‘the hand of God’ was a big football moment in my childhood, perhaps the biggest. I was 11 years old when it happened and, as an English boy, it took me a while to see the funny side! However, my friends and I were soon recreating it in the playground.”

With the World Cup in Russia around the corner, we can be prepared for global football frenzy. I am fortunate to have been to many soccer-crazy countries (including Russia) and I make it a point to play a soccer match with my local team. To this day, soccer remains a great unifier. As Dmitri Shostakovich, the famous Russian composer and pianist of the 20th century said, “football is the ballet of the masses”.