How Assam Tea Gardens Can Turn Their Days Around 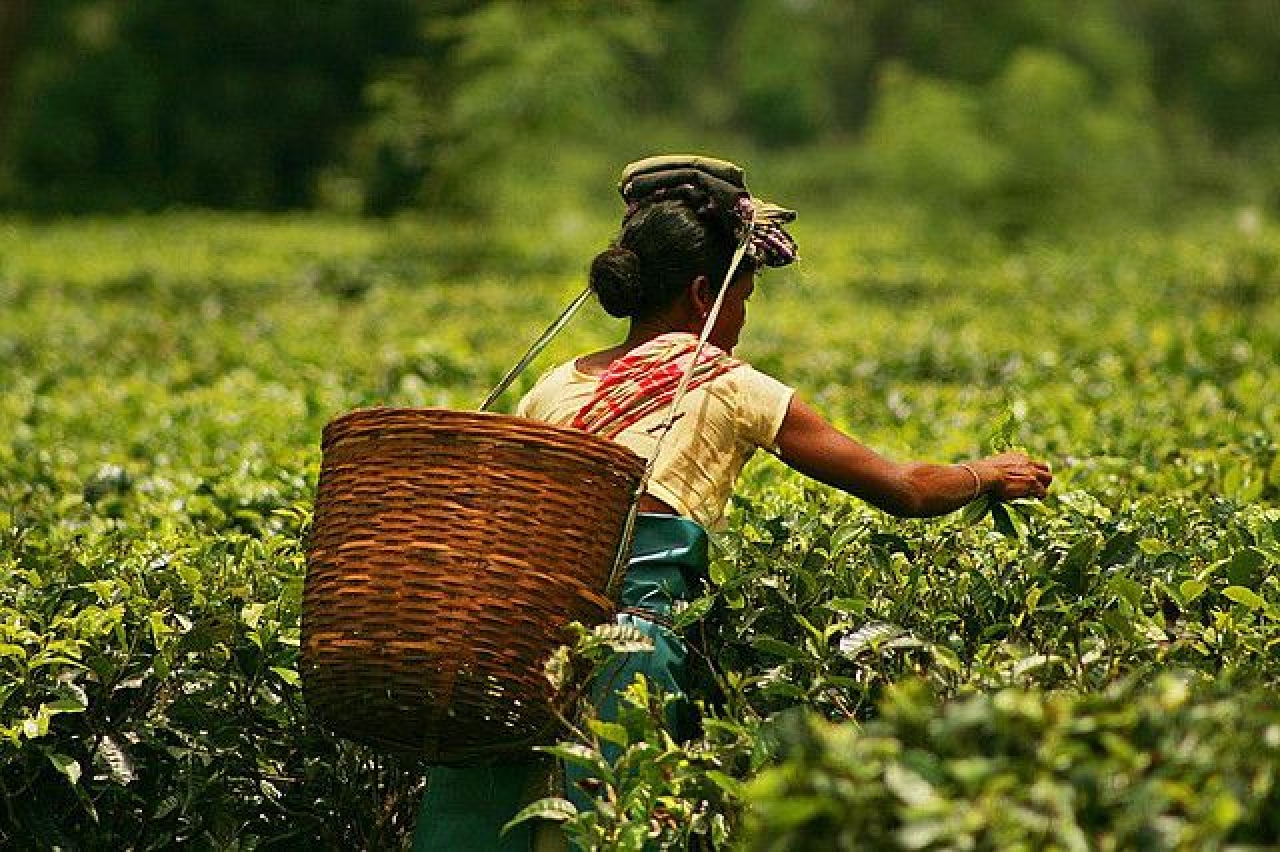 Last month, a special handcrafted tea from a garden in Upper Assam fetched an astronomical Rs 75,000 per kilogram at the Guwahati Tea Auction Centre.

Named ‘Golden Butterfly’, the delicate brew from Dikom Tea Estate owned by Rossell Tea, which owns seven gardens in Assam, ringed in a loud cheer and fresh hope to the ailing 190-year-old tea industry in the state.

Most of the 803 tea estates in Assam are reeling under cumulative losses caused by stagnant prices of tea in the market. While the average price of Assam’s CTC tea has stalled at around Rs 132 a kilo, the cost of production and other inputs have gone up exponentially.

“Making tea is no longer profitable. Most tea gardens are saddled with huge debts. Labour and production costs have shot up and most gardens are struggling to pay even the statutory dues such as provident fund to workers,” said A K Bhuyan, a member of the Guwahati Tea Auction Centre (GTAC).

But there has been some good news in recent times. The record price at which the ‘Golden Butterfly’ was sold caps a string of high prices that speciality teas have fetched at the auctions over the last couple of months.

In July, another speciality tea named ‘Golden Tips’ from Maijan Tea Estate, which belongs to Assam Company India Ltd, the oldest tea company in the world, was sold for Rs 70,501 a kilo. The same month, ‘Manohari Gold’ tea from Manohari Garden in Upper Assam was sold for Rs 50,000 a kilo at the GTAC.

At the start of the season, a fine variety of tea from Goodricke Group’s Harmutty Tea Estate was sold for Rs 22,000 a kilo.

These are, admittedly, all handcrafted speciality teas that are made in small quantities and are not enough to take the tea gardens out of the red.

“Speciality teas that fetch very high prices give the garden a good name and enhance the garden’s brand value. But they will not really alter a tea garden’s bottom line. Gardens making such speciality teas are very few in number and they make, maybe, about 10 kilos or even less of such teas in a season.

“So, no matter how high a price the few kilos of such handcrafted speciality teas made by a garden fetches at an auction, they will only earn a few lakh rupees for that particular garden. That won’t perhaps cover the salaries and perquisites of the management for a month,” said Ranjit Chaliha, a tea planter.

While what Chaliha says is true, he overlooks an important point, say some tea industry experts. That is, a fine quality speciality tea made by a garden boosts the brand value of the garden and makes it develop the expertise to improve the quality of the rest of the tea it produces.

“Making speciality teas is a process through which the know-how and skills of the production staff of a garden making such teas is enhanced substantially.

“If a fraction of the know-how and skills they have thus gained is transferred to the process of making the general orthodox or CTC teas, then the quality of the garden’s produce shall definitely go up and its produce will start fetching a better price in the auctions. That means more earnings for the garden,” said Dipankar Barooah, a planter.

Sarvesh Singh, the manager of a large tea garden in Upper Assam, holds that the branding of a garden which produces fine speciality tea goes up exponentially.

“The name of the garden becomes famous in (tea) industry circles and a lot of interest is generated in the sort of bulk tea that the particular garden generally produces. If that tea is good or even above-average, as it is most likely to be, then the rest of the produce of that garden also gets an above-average price.

“After all, a garden making fine speciality teas is most unlikely to neglect the production of the rest of its tea and sully its name by releasing low-quality tea in the market,” he said.

Rajan Lohia, the owner of Manohari Tea Estate (whose ‘Manohari Gold’ was sold for Rs 50,000 a kilo), agrees.

“A garden which invests a lot of time and effort, and expertise, in making high-quality speciality tea will never neglect the processing of the other teas it makes. The whole purpose of making speciality teas is to gain an impeccable reputation in the market and boosting one’s brand value.

“So, it makes no sense for a garden to concentrate only on making speciality teas that are appreciated and command a high premium while, at the same time, producing bad tea in general. If we look at all the gardens making speciality teas, we will see that their general produce is also of a very good quality,” he said.

A senior executive of Rossell Tea, which owns the Dikom Tea Estate (whose tea was sold for a record Rs 75,000 a kilo) said that gardens don’t decide one fine morning to start making speciality teas.

“A few years of preparation goes into it. The preparation involves improvement of the entire garden and employment of enhanced techniques in plucking and in the production process.

“After that, a section of the garden where the bushes are deemed to be very good is selected and special care is then taken of that section. But that does not mean the rest of the garden is neglected.

“During production, care is also taken to ensure that the general tea being produced is also of high quality. Thus, while the speciality tea from Dikom fetched the record price, the general produce of the garden also gets a very good price,” he said.

Tea planters say the primary reason for the tea industry in Assam being in the red is because of the overall low quality of tea.

“Most people in this industry won’t accept this, but it is a fact that in the past, when things were good, profits from the industry were not ploughed back for the upkeep of the garden and in their rejuvenation.

“Most of the gardens whose produce do not get even average prices have very old bushes. They do not maintain the estate properly and the machinery in their factories is old and often malfunctioning.

“They have not invested in updating technology or gaining know-how. So, their produce is bad, and their teas obviously won’t fetch good prices,” said N K Borpujari, a former planter who now works as a consultant with major tea companies.

There is, of course, the problem of Assam tea not finding an export market. That’s because the primary demand of the major overseas markets is different. Assam produces mainly CTC tea that does not have any demand in the tea-drinking Western countries.

Also, Assam tea is typically strong while the Western palate prefers the subtle flavours and mild liquor that Darjeeling tea produces. Assam produces about 630 crore kilos of tea annually, which is a little less than half the country’s total production of 1,325 crore kilos.

Only a measly fraction of that — just 256.6 kilos and that is mostly high-quality Darjeeling tea — is exported.

But, say Tea Board officials, that does not mean a demand for Assam tea cannot be created in the overseas markets.

“New markets where strong but aromatic liquor is appreciated can be explored. Many countries, especially the Middle East, Turkey, Iran and the eastern European countries prefer strong and aromatic tea, and high-quality Assam tea can make a mark in these markets.

“But the operative phrase is ‘good quality tea’. Most of the tea produced in Assam is of very low quality,” said a board official.

Tea experts argue that the main problem plaguing the tea industry in Assam — that of low-quality teas not getting even remunerative prices — can be addressed if tea gardens are motivated to invest in upgradation.

“Old bushes have to be uprooted and high-quality saplings have to be planted. There is a gestation period of a few years involved till those saplings grow into bushes that yield.

“The gardens also have to imbibe new production techniques and know-how in technology and plantation,” said Borpujari.

What tea veteran Borpujari recommends is precisely what tea planter Dipankar Barooah also suggests: that a garden improves its technology and know-how to start making speciality tea and, in the process, upgrades the quality of the rest of its bulk produce as well.