China Isn’t Even Thinking About Us 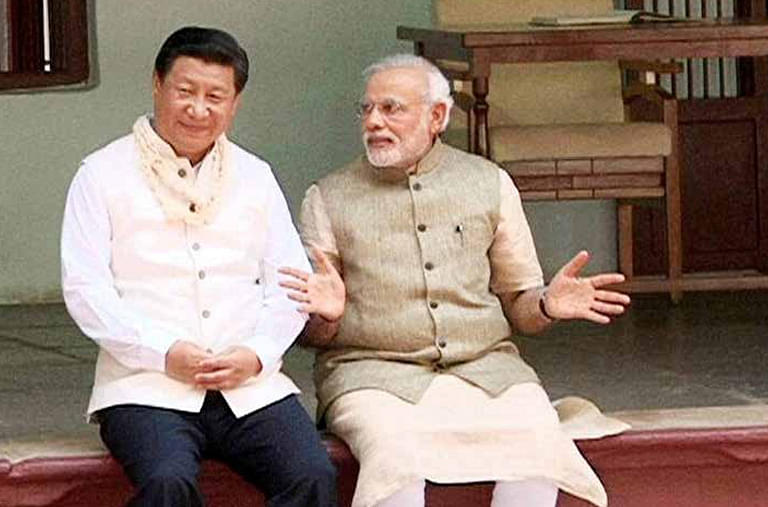 We in India like to believe that the Chinese think a great deal about us. Fortunately or unfortunately, this is not true. I once met a Chinese student at an American university. He told me that he, and most of his generation did not even know that China and India had gone to war in 1962. India simply did not figure much in their syllabus or in their coffee shop conversations.

If they knew anything at all about India, it was that India was poor and had a reputation for being dirty. The most important events for them in modern history (modern by Chinese standards) were the Opium Wars in the 19th century and the Japanese invasion in the 20th.

The Opium Wars in particular are indelibly inscribed in their collective consciousness. The humiliation of being forced to consume this debilitating drug in order to provide profits to completely immoral foreigners is something that can neither be forgotten nor forgiven by virtually all Chinese.

Accompanying this is a desire for some kind of restitution that they feel they are entitled to as people. The student also told me that most of his contemporaries have their focus on America—as an object of awe, emulation, envy and apprehension.

The apprehension comes from the fear that at the end of the day, the West in general and the Americans in particular, will not look kindly on China’s emergence as a great power and will do their best to thwart this possibility. That is why according to him, the US was encouraging China’s neighbours to form a group adversarial to China.

In this context, India figured in Chinese calculations, but not necessarily at a higher level of salience than Vietnam or the Philippines. I explained to him that the defeat in the 1962 war is easily one of the most important events seared in recent Indian memories. The national humiliation and the conviction that the Chinese will always have hegemonic aspirations apropos India is something that all articulate Indians implicitly believe. He was quite surprised. I urged him to try to get across the message to his friends and acquaintances that India and Indians needed quite a bit of stroking and reassurance on this count.

In the last 35 years, China has pulled so far ahead of us economically, militarily and diplomatically, that even the most optimistic and conceited Indian must concede that we are not and are unlikely to be significant in China’s calculations for several decades to come, if that. As my student friend pointed out, China may worry if we became closely allied to the US in a China containment plan. But that is a remote possibility and China has many ways by which to warn us that we will pay heavily if we become America’s pawn against China. Further, it is extremely unlikely that even on our own, any political leadership in India will go in for such a close American embrace. Net-net, it will be perfectly in order and entirely predictable if my friendly Chinese student and his friends remain unconcerned about India.

We on the other hand do not have this luxury. We need to worry about China. Today, Chinese soldiers may not be able to march as easily to Tezpur as they could in 1962. But they can, if they wish to, give us a pretty nasty punch at a time and place of their choosing, knowing all the while that messy democratic India is unlikely to initiate any aggression on its own. The military initiative in the borderlands lies entirely with China. They can also almost at will, instigate Pakistan to trouble us in the peculiar asymmetric belligerence which that country specializes in. Our realistic options, as opposed to our rhetorical claims, are very limited.

And as Pakistan acquires more and more tactical battlefield nuclear weapons, our options dwindle further. For whatever it is worth, our claim is that we are a peaceful country trying to get prosperous, not a country capable of suicidal lunacy.

Even as we grapple with the limited and rather pessimistic possibilities we face, we might perceive a bit of an opportunity. If we can engage with China where they see some benefit from us, we might reduce our fears of a 1962 repeat and simultaneously be able to get their help to quieten down our Pakistani neighbours.

The real question is what can we offer China that they would see as a benefit. Merely saying that we will not be American poodles is not enough. They know enough about our noisy parliament and noisier press that there are enough forces within India, arguably for good reasons, who will not let that happen. They also know that we are equally unlikely to become a quiescent Chinese satellite. Is there something in the middle that we can offer that the realistic Chinese will want and will be happy with?

It is the answer to this question, above all, that we need to focus on as we debate among ourselves—not the Chinese approach to ourselves, over which we anyway have no control, but about what we might have to offer. Certain things may be sources of delight to the Chinese, but realistically we cannot contemplate them. We cannot ask the Dalai Lama to go to Switzerland. We are after all the land of the Buddha. This kind of perfidious act is unthinkable. Access to the Indian market has some attractions, but frankly is not that important for the Chinese. Walmart buys more from the Chinese than all of India. Diplomatic gestures—supporting their new banking initiatives or standing with them on climate change negotiations—all these are somewhat attractive, but none of them can tip the balance.

We could offer to sell them the Indian Railways. But our parliamentarians will not go along. And guess what, the Chinese may not want to buy. When individuals as well as countries run out of easy options, the mind has a curious way of focusing on the tough option as it pretty much becomes the only one. Once we admit that on the face of it, we are not an obviously attractive partner to the Chinese, or for that matter for anyone else, suddenly something out there clicks.

If we have nothing attractive to offer today, then can we try and make sure that in five or 10 years, we will have something to offer? Let us not keep trying to fool ourselves: the only way we can have one or many attractive offers to make is if we have a 10 per cent growth rate for the next 10 years continuously. Anything short of this will mean that we will remain in the eyes of my student friend—poor, dirty, inconsequential.

Looking around India, it is very difficult to feel optimistic that we will have consistent high growth rates. Blaming politicians is not enough. Our low growth rates are the result of our collective inability to agree that growth is a good thing. Too many sections of our society have not only not bought into the mantra of growth, but might even be actively opposed to growth—politicians who prefer poor clients and not prosperous citizens as voters; NGOs which have a vested interest in poverty as prosperity may render them irrelevant; bureaucrats (especially in our tax departments) who see themselves getting marginalized as the country gets richer; academics who are fanatical about outdated leftist religious beliefs; journalists who prefer horror stories to success stories—the list goes on.

The fact is that in most societies in the world, there is no debate as to whether growth is desirable. We must be one of the few countries where this kind of question is more than a rhetorical one. It is a very real one.

And in the meantime, each year that  goes by when we do not have a 10 per cent growth rate, is a year that takes us further away from being in a position where we have something on offer that might interest the Chinese seriously.

I worry. I fret. I fume. And I am left with the uneasy prediction that in 10 years time, we might have no options but unthinkable ones—that of being the poodle of a troubled America or the satellite of a muscular hegemonic China. To paraphrase a great statesman: my unhappy countrymen and countrywomen, at least today we have a choice. Ten more years of mediocre growth and we will be stuck with the unthinkable and the unpalatable.