Did You Say Institutes Of Eminence? 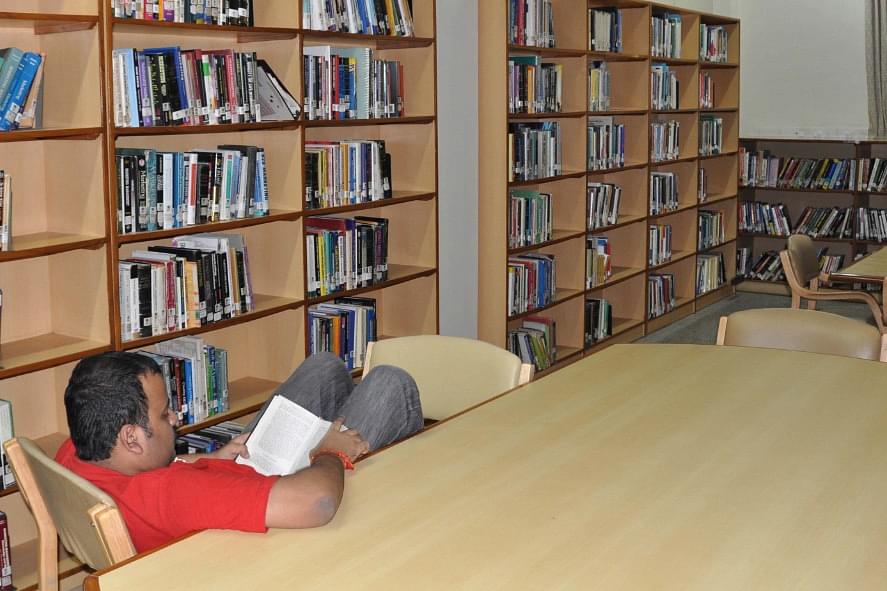 University rankings can of course be subjective and one may argue that our institutes serve a social purpose. However, that is a fig leaf that cannot hide the grim reality that shows up in the Times Higher Education Ranking of Engineering Schools, where IIT Bombay at rank 350+ is the highest-ranked Indian school. Another, reasonably well-regarded, QS World University Rankings, is a little less embarrassing for India because we open our account there with IIT Delhi at 172. Let us admit that irrespective of how much we quibble and wave our hands, our Institutes of Eminence are nowhere near the top of the global pecking order.

Which is not only unfortunate but very strange as well. People from India, whether graduates from these IITs or not, are found in significant numbers in almost every school that has a rank higher than the Indian schools. This means that it is not the quality of people that is at fault but something else.

An obvious cause could be a lack of money. Most top-ranking schools have access to funds that are far higher than what is available to IITs, but again, this is a red-herring often used to divert attention from deeper issues. Money is not really an issue because of two reasons. First, the primary use of money, is and should be payment to faculty, and in India, faculty pay is calibrated with the local economy. So, faculty does not need a dollar-denominated salary just as no corporate manager in India expects anything like what their equivalents get in wealthier economies. The second need for money is in laboratories and equipment. This is true for only certain areas like, say physics, astronomy or quantum computing. But today, a vast range of research in, say, computer science or biotechnology can be done with investments that are almost within the affordability of individual 'hackers' and certainly within the budget of most Indian universities. So, lack of money is a really bad excuse for our poor rankings.

Outside academia, the situation in the corporate sector is not so pathetic. While we certainly do not have a Google, Tesla or Arm (that makes chips for most of the smartphones on the planet) as yet, our corporates like TCS, Tata Steel, HUL, ITC, Airtel, HDFC are quite comparable to global companies that are in the same line of business. Not perhaps in absolute revenue, but certainly in the kind of work they do – excluding research and development (R&D) of course – and with the efficiency with which they operate. Which is why many of them can compete and win in global markets against global brands.

This means that the weakness is in the management process. Family-owned companies cannot compete in the global market even though they may have the cheapest labour or raw materials. What we need are professional management structures and processes. These are sorely missing in our Indian institutes that, despite protestations to the contrary, are business operations led by a director and his favourite deans.

Even if we leave aside the process of appointment of a director, which is nowhere as objective as it should be, the fact that he operates with all authority and little accountability – except at an aggregate financial level – means that management processes are absent. The institutes are run in an ad-hoc manner, but being a government agency, this ad-hocism is tied up in the longest and messiest red-tape of government bureaucracy. So, the real problem is the poor state of the underlying management and administrative mechanism. Given the rigid, anachronistic and inefficient processes under which they operate, it is no wonder that these institutes have no chance of competing with world-class institutions in other countries.

Instead of simply criticising the administration, let us see which areas need improvement and how we could go about rectifying it.

We take it for granted that competent people will leave lucrative corporate careers and join public sector institutes at government salaries, but in reality, this never happens. As a result, we have a majority of employees – faculty and staff – who are there as a necessity and not out of choice. This is tragic. We would want the best people to be here. Obviously, salaries cannot be hiked across the board. Instead, we must have a well-designed HR mechanism that seeks out competent people, induces them to join our institutes, help them manage their careers and their personal life (especially spouse employment in remote locations) and ensure that they are well looked after in terms of accommodation and other perks. In parallel, there must be an annual performance appraisal that rewards good work and punishes the laggards. In short, we need an active HR function and a corporate-style compensation and benefits policy that is significantly different from the take-it-or-leave-it, one-size-fits-all salary structure that is doled out by the latest pay commission.

Most public sector institutes have very weak financial management systems and there is no clarity on where the money is being spent. There is clearly no shortage of money and while there may not be blatant theft, a lot of money is diverted to unnecessary uses, like civil construction that benefits contractors, not students or faculty. The large granularity at which expenses are tracked results in a lack of transparency in the use of funds. A simple enforcement of the generally accepted accounting principles that mandate a highly granular set of cost codes and charge accounts followed by a thorough statutory audit would easily unearth vast amounts of ill-spent money that can be diverted for useful activities.

While tracking money is difficult, spending it is even more so. Being government organisations, these institutes have to follow the rigid L1 tender process and there is the perpetual fear of investigations by the Comptroller and Auditor General of India, the Central Bureau of Investigation and the Vigilance Commission. This does not deter unscrupulous deals – any vendor is ready to provide the three mandatory quotations – but it introduces an intolerable delay and difficulty in any genuine procurement process. For example, attempts to buy low-value products and services over the internet using credit cards and then seeking reimbursements are blocked by the three quotation rule. A simplified procure-to-pay cycle that will reduce costs and yet ensure compliance with appropriate approval procedures will introduce a great deal of flexibility and efficiency in the system.

Public sector institutes sit on vast assets, but most of these are ill managed. Civil and electrical infrastructure is maintained poorly as there is no clear cut demarcation of authority or accountability. Equipment is bought and not used because of lack of training or compatibility. Non-functioning equipment is not repaired or cannot be repaired because of procedural issues. Junk piles up in dusty storerooms but cannot be disposed of easily because of outdated audit mechanisms. A smart and modern asset management policy will ensure that the public funds are used much more effectively.

It is indeed a paradox that even though these institutes are supposed to be thought leaders in technology, their own usage of the same is woefully low. Other than email systems, none of the collaborative tools and practices that are used by corporates are available here. Email is for broadcast of information, not for interactive discussion. Peons still carry paper documents, through proper channel, to people across the floor and get acknowledgements of receipt in 'peon books'. Tele and video conferences are unthinkable, social media is a private matter for individuals and mail-based approvals –  for even mundane matters – are not acceptable.

Technology, or its cost, is not the bottleneck. People are simply not willing to experiment with new ways to manage accounts, handle procurement, manage assets and adopt best practices from the corporate world. This leads us back to the first point, the HR issue, because there is no incentive to improve anything, nor is there any disincentive for staying with the status quo. As long as you are in the good books of the director and as long as the director is in the good books of the current bureaucrats at the Human Resources and Development Ministry, everyone can keep milking the mammaries of the state.

The final need is for these institutes to scale up, but thanks to former prime minister Rajiv Gandhi’s ill-conceived decision to 'gift' an IIT 'for' Assam, we have opened the floodgates to regionalism. This has caused massive fragmentation of scarce resources – both money and people. By opening IITs to pander to regional sentiments, we ignore the fundamental mandate of IITs to source both students and faculty at a national level. Institutes are built by accumulating talented people and not making grand buildings that only benefit contractors. To put it simplistically, "twenty professors with a thousand students in one institute is far better than having two professors at 10 institutes with a 100 students each". Even though the teacher-student ratio in both situations is 1:50, in the first case, each student gets access to all 20 specialist professors, but in the second case, each students get access to only two professors, who teach 10 subjects each. Obviously, quality will suffer. Plus, 20 professors networking with each other can achieve far better research results than two lonely professors at each location. This is the fatal flaw in our IIT system. Instead of allowing them to scale to the level of the global organisations, like Massachusetts Institute of Technology or Oxford, our academic “world has been broken up into fragments by narrow domestic walls”.

Since the multitude of IITs (or IIMs) cannot be shutdown, we need to explore the possibility of a merger-and-acquisition mechanism used in the corporate sector. Many, if not all of the new IITs, can be merged with the nearest of the 'original five' and this will lead to an immediate scale up. With collaborative technology and some travel, faculty and facilities can be readily shared across multiple locations as in multi-location corporates. Only administrative staff would be rendered redundant and many of our directors, and their deans, will have to go back to teaching and research jobs, which is what they were supposed to be doing anyway. The programme on data analytics conducted jointly by

IIT Kharagpur, IIM Calcutta and Indian Statistical Institute Kolkata could be a template for a more comprehensive and formal merger of, say, the IITs at Kharagpur, Bhubaneswar, Dhanbad, Patna and Guwahati into the first mega IIT. Even National Institutes of Technology Durgapur can be thrown into this mix.

There is a wealth of talent that is available in India, but unfortunately, it is managed very poorly. The talent seeks opportunities outside India or just withers away. Adoption of modern management processes will radically change the way our institutes operate and allow them to compete with global universities on equal terms.