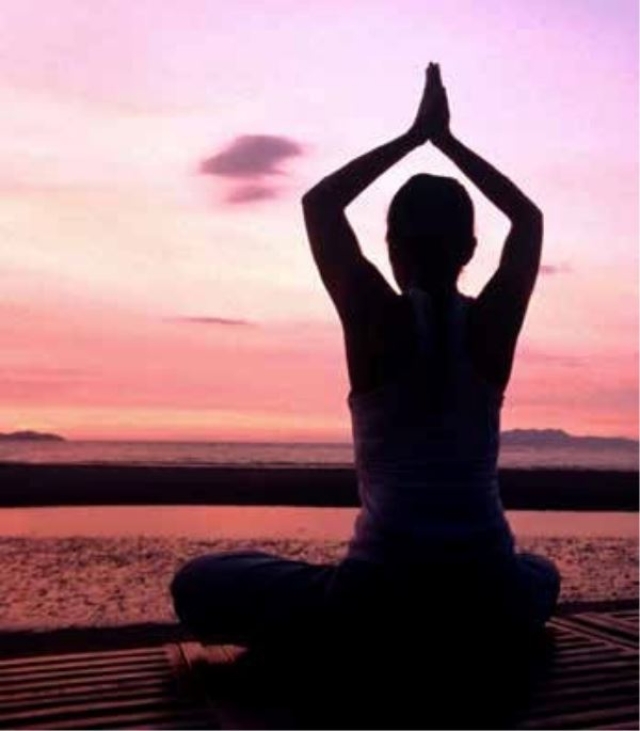 Our Agriculture Minister has recommended that farmers practice Rajyoga, which will increase their confidence and also enhance the potency of the seeds they plant. This is plain ridiculous.

Agriculture Minister Radha Mohan Singh has said that the Centre has decided to support the idea of Yogic farming. According to The Indian Express dated September 16, Shri Singh, addressing scientists of the Indian Council of Agricultural Research (ICAR) and farmers, said: “With the help of Rajyoga, the farmer’s confidence level should be increased so that he is able to face today’s challenges like global warming and climate change,’ said Singh…

To quote more from the report: “‘The idea behind Yogic farming is to empower the seeds with the help of positive thinking. We should enhance the potency of seeds by rays of parmatma shakti,’ said Singh, adding that this would ‘help India become Vishwaguru (the guru of the world)’ and ‘contribute in making India sone ki chidiya once again.’ Citing studies by a spiritual organization, Singh (said): ‘The idea is to help farmers. With the help of Rajyoga, we should enhance fertility of the soil. It will help activity of micro-organisms in the soil too.’”

Thus spake our Krishi Mantri. With political provocateurs and ideological fringe elements in the larger Sangh Parivar in Parliament and in the party, Prime Minister Modi does not need the Opposition to derail his developmental agenda. People like Radha Mohan Singh are sufficient to cause an implosion in his government.

It is a well-known fact that Indian agriculture is one of the world’s most lethargic and has been struggling to improve itself from being a 2 per cent GDP contributor to at least 4 per cent, but with a minister like Radha Mohan Singh, Modi can be rest assured that Indian agriculture will not only not make progress of any kind, but will regress by another couple of decades.

If India has remained a developing country for so long, it is because its mainstay—agriculture—has been moribund since the Green Revolution. When the whole world is hankering to use the best possible scientific and technological tools to improve productivity against the impending crisis due to climate change, shrinking landbase for agriculture and mounting population growth, India’s Agriculture Minister is stuck with cow’s urine, panch gavya (a concoction prepared by mixing five products of cow—cow dung, urine, milk,curd and ghee), and now Yogic agriculture.

Modi cannot be a 21st century Prime Minister of India with a 17th century Agriculture Minister. BJP has been long accused of being an urban-bania party without any understanding of rural India and agriculture. The appointment of Radha Mohan Singh to head the Agriculture Ministry proves this point.

If India’s agriculture remains comatose, then no amount of improvement in foreign direct investment in industry is going to improve the whole lot. India’s moribund agriculture has kept the economy down and dragging all these years and the net result is no effect of any other economic policies to pull up India’s rural poor. The tragedy is that one does not know if Modi really understands what is happening in his Agriculture Ministry.

Even if Radha Mohan Singh was a political nobody, he will make sure that he is the one that contributed to not only Modi’s governmental failure, but to its defeat, come 2019. He must be replaced forthwith with a competent technocrat to lead the Agriculture Ministry. No matter how loquacious one sounds with all the ancient wisdom of our Vedas and Upanishads, Yogic agriculture is not going to imbue today’s seeds with any parmatma shakti. India ceased to be a “vishwaguru” long ago and Yogic agriculture is not going to restore that status anytime soon. It is a cruel joke on Indian agricultural scientists that their minister preaches them this gobbledegook by using incompetent research by some spiritual organization. What is Rajyoga and how is it going to improve soil fertility and soil microbes? I am even astonished that yogis of yore had ever heard of micro-organisms!

Indian agricultural scientists, instead of revolting at their minister’s nonsense, kept listening, lest they be subjected to disciplinary action. No one has the courage to put some sense into the minister’s head for the fear of being dismissed from service. The Indian Academy for Agricultural Sciences should have issued a strong condemnatory statement against the minister’s pseudo-scientific nonsense, but they too won’t say a word, and none of the other academies will show any leadership.

I wonder what the PM’s Science Advisory Committee is doing about all this! On top of it, there have been and will always be some “scientists” who will take a cue from the minister’s utterances and will do “research” to substantiate what the minister has been saying, with a fond hope getting awards, rewards, and promotions to further their careers.

A group of scientists at the University of Agricultural Sciences (UAS), Dharwad, Karnataka, a few years ago, submitted a report of their research on organic agriculture for almost 10 years to ICAR, which funded the research. According to the report, organic agriculture can improve crop yields by over 30 to 40 per cent. ICAR accepted the report and filed it away to gather dust. This kind of research is called sycophantic research, done to please local bosses and politicos.

The then Chief Minister of Karnataka had started harping on organic agriculture and some useless scientists at UAS-Dharwad took it as a cue to please the CM so that when he gets pleased with their cooked-up research data, he might recommend them for a pure and simple Vice-Chancellor’s post, as it happens all the time. Unfortunately, that CM of BJP went away to jail on corruption charges and he is now an exalted VP of the party, in charge of straightening coat-hangers in the backrooms of the party HQ in Delhi, and a back-bench MP. Not a single peer-reviewed research was ever published of the report.

The Ayush department of the central government sponsors research on Indian systems of whatever, and so do the ICAR, CSIR and ICMR, only to please political bosses, and none of them submit their research to any kind of peer review. When Radha Mohan Singh was advocating Yogic agriculture, he was doing so on the basis of research done by an alleged spiritual organization which had no record of any scientific publication.

Modern-day scientists really have no interest in investigating all these health benefits of Vedic claims, and people steeped in it have neither the training in modern scientific investigative methods nor do they want to learn. In fact, they openly deride western systems of knowledge and say their knowledge systems cannot be assessed by western systems of review.

So the debate endures endlessly.

Modi has the people’s mandate, not really the BJP. More than half of the MPs were elected on his coattails. He owes them nothing, but they are all beholden to him. He is the unquestioned political leader of India today. He has nothing to fear but fear itself. All that these new MPs have to do is just sit quiet in Parliament and lift their hands only when the party whip asks them to. None of them have the stature to challenge Modi. Listen they will and obedient they will be.

Modi, I feel, is a man who believes in modern science and technology for development. He has visited leading tech companies and universities of the world to hunt for useful technologies for India’s development. He went to the University of Brisbane’s biotech department to admire a GM banana that had been engineered with enriched iron and can assuage stark iron malnutrition of poor Indians. He explained that on the floor of the Parliament. India’s staple food crops, fruits and vegetables badly need bio-fortification to tackle our country’s number one public scourge which is under- and malnutrition. And here we have this clueless Agriculture Minister.

Radha Mohan Singh is not only a political embarrassment, but will be a liability for Prime Minister Modi in 2019 if he cannot do something concrete to improve Indian agriculture and the plight of Indian farmers.

The minister must be changed forthwith and the ICAR needs to be converted into a research corporation and find someone like an agri-business CEO to head it to ensure deliverables. If business heads of multinational agribusinesses can turn their companies into the most advanced science and technology companies, why does one need a career scientist-turned-bureaucrat who is steeped in the rotten system to head ICAR time and again!

The old formula has been tried for 60-odd years, and now is the time to try something new. Modi must take a personal interest in agriculture and see to it that it is put on a progressive trajectory. Vedic knowledge and yogic knowledge are all fine for gloating about our past, but we need to feed today’s billion-plus people, and for that we need modern tools in agriculture. Make no mistake about it.

Dr Shantharam is an Adjunct Professor of Biotechnology, University of Maryland—Eastern Shore, Princess Anne.  A former biotechnology regulator with the United States Department of Agriculture, served as a biotechnology consultant with the World Bank, Asian Development Bank, UNIDO and UN-FAO.  He is also a Visiting Professor at the Seed science Center at Iowa State University, Ames.