Good To Great? 2020-21 Is Nirmala Sitharaman’s Year Of Destiny 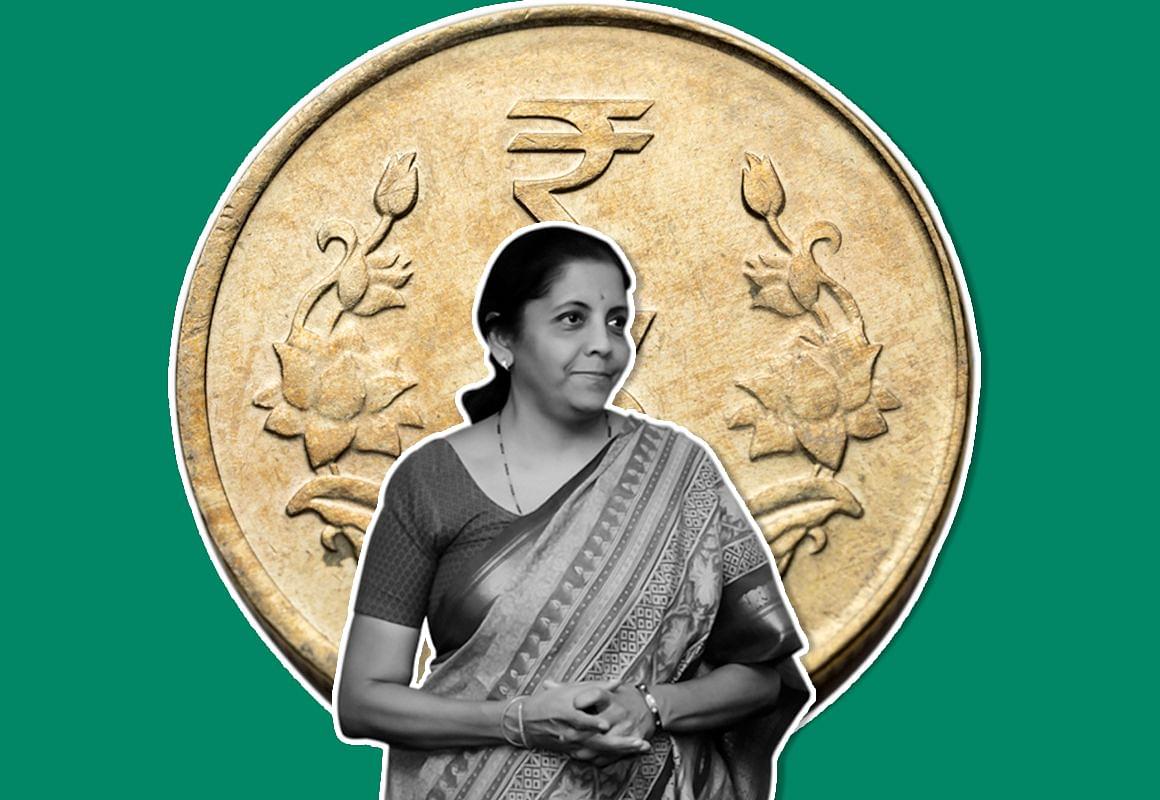 It is often a crisis that offers the opportunity for building a reputation. Remember an unknown economist called M Singh? Luckily for him, the 1991 external bankruptcy brought him into the limelight as finance minister in the Narasimha Rao government, and Dr Manmohan Singh was duly recognised as one of the world’s foremost reformers after that.

And this, even though he did little more than tweak a reformist budget prepared by the ill-fated Chandra Shekhar government and his finance minister Yashwant Sinha. As prime minister in 2004-14, Manmohan Singh did nothing to add to his reformist credentials. No crisis in the first half, and no reforms got done. After 2008, it was all fire-fighting, and no reforms.

Thanks to the ongoing economic slowdown and the huge political scare-mongering over it, Finance Minister Nirmala Sitharaman now has a huge opportunity to burnish her credentials as one of India’s finest ever incumbents in North Block.

After being thrown in at the deep end of the pool when ill-health ruled out Arun Jaitley’s return after Narendra Modi won a second term in May 2019, Sitharaman began badly by producing an eminently forgettable budget on 5 July last year.

About the only thing one remembers about the budget was its high hopes for infrastructure, with no details on how Rs 100 lakh crore of investment was going to be financed over five years.

But even as every economist worth his salt was busy writing Sitharaman off as a poor choice for the job, she suddenly became a blur of activity.

To become a successful finance minister, you don’t need to have a global reputation in advance. In fact, the higher the reputation, the harder the fall.

The big mistake made during the Jaitley years was not demonetisation (or even a poorly-designed goods and services tax or GST), but its failure to realise the depth of the ditch the United Progressive Alliance (UPA) with its world famous economists had landed the country in.

The double balance-sheet problem was recognised too late, banks were recapitalised too little, too late, and the fiscal consolidation roadmap was accepted too eagerly by the Narendra Modi government when the economy was far from robust and the UPA’s account-keeping dodgy.

The adoption of a new methodology for gross domestic product (GDP) measurement just as the new government came in — the gross value added method — gave the Modi government a false sense of comfort over growth, when the underlying problems were deep-rooted and needed strong medicine and effective handling.

The problems were compounded by the huge structural problems faced by several key sectors like banking and finance and telecom, all of which were pummelled by the pressures of competition and consolidation in a fast digitising world. The unexpected collapse of IL&FS, and an additional crisis of confidence was triggered in the non-bank financial companies sector.

Sitharaman comes in at a juncture when the problems and solutions are a lot clearer than they were in 2014.

Thanks to the lack of ideological baggage from the past, she has nothing to lose in terms of reputation and everything to gain from doing things differently.

Not surprisingly, she has had one of the steepest learning curves in the Finance Ministry, and since August has been a blur of activity, with most of the policy steps being in the right direction.

Consider the major morale-boosters she has delivered for the economy, no doubt with the behind-the-scenes support of the Prime Minister, over the last four months.

• She has offered a massive corporate tax cut to boost investment, with the net top rate falling to 25 per cent and going even lower to 15 per cent of new manufacturing units. She has given in one day what Jaitley promised to deliver over four years in the 2015 budget, and yet left the promise unfulfilled when he demitted office earlier this year due to poor health. His last pre-election budget was handled by Piyush Goyal.

• Sitharaman has front-loaded recap funds for banks, which means she has instantly boosted banks’ ability to restart lending by writing off loans faster. This should have been done in 2015, when the banking industry’s skeletons were just beginning to tumble out of the closet, but Sitharaman has now ensured that this happens fast.

• Bank consolidation has been given a big leg-up, with 10 public sector banks being merged into four — a process that could start delivering results from the second half of the next financial year, after the mergers are fully digested and consummated.

• A Rs 25,000 crore fund has been created to ensure that real estate projects left unfinished can be completed by providing last-mile funding. The money is still a drop in the ocean given that more than 576,000 housing projects worth Rs 4.6 lakh crore are stalled, but even if a tenth of these projects get restarted over the next six months after the fund starts investing its corpus, money will start flowing into housing and prime the pump for a larger revival where other lenders begin to fund stuck projects. The job of the government is to build confidence, so that risk-aversion ends. Rs 25,000 crore is not a bad amount for starters.

• Central public sector companies have been asked to front-load investments and pay vendors so that money starts flowing into parched hands and improves cash-flows.

• The cash-starved telecom industry has been given a two-year moratorium on spectrum payments, providing another bout of relief to another struggling sector.

• Simultaneously, the government has announced a major disinvestment plan, from strategic sales of Bharat Petroleum to Concor, Air India and Shipping Corporation of India. Once these take off, Sitharaman will not only get more money to fund government expenditure, but also set the stage for an image makeover for the Modi government as the most reformist one during a non-crisis period. Unlike 1991, when the country was on the verge of defaulting on its external obligations, the reforms this time are not driven by an existential crisis, but a slowdown that is being tomtommed as a catastrophe.

One can continue to list other smaller acts of change that the Finance Minister has announced or implemented since August 2019, but equally important are the things that she has not done.

Two things Sitharaman has avoided doing are the following:

One, even as the financial markets, rating agencies and macroeconomists are issuing dire warnings over fiscal slippages — International Monetary Fund chief economist Gita Gopinath has just issued another call to return to fiscal consolidation — Sitharaman has ignored this advice, at least for this fiscal year.

This is wise, for tightening the belt just when growth is slowing sharply is the wrong policy response. She has clearly stated that fiscal consolidation is not her priority right now. Good for her.

Two, despite a serious shortfall in GST collections, Sitharaman — no doubt with the help of saner elements in the GST Council — has opted out of making another destabilising change in tax rates.

Even though a Reserve Bank of India study has indicated that weighted GST rates are now well below 12 per cent (as against the much-touted revenue-neutral rate of around 15-15.5 per cent), Sitharaman has avoided the temptation to raise rates. This is the right decision. You don’t raise taxes in the midst of a bad slowdown.

What all these steps suggest is that Sitharaman, no doubt aided by a crisis-like situation on growth, has got her act more or less right for now. Her rating as a finance minister has already moved from average (July) to good (December) after the changes unleashed by her.

She can move her ratings upwards towards ‘very good’ or even ‘great’ if she delivers a great budget in February 2020, and ensures that the policy measures announced so far are implemented effectively between now and the end of the next fiscal year, ie, by March 2021.

She has to deliver the following over the next 15 months.

One, a revamped tax code for personal income tax in the Union Budget, which includes not only simplification but also cuts in effective tax rates.

Two, a promise to return to fiscal consolidation after March 2021, so that the markets are reassured that the government does not endlessly live beyond its means.

Three, clean up the government’s fiscal accounts by bringing back off-balance-sheet borrowings by public sector undertakings like Food Corporation of India into the government’s own expenditure tally.

Four, fix the bad loans problem in the banking sector once and for all through additional capital infusions in the next Budget. A fund to soak up the bad loans of systemically important NBFCs would be great to have at this juncture.

Five, revive the consumption cycle both by pumping more money into the hands of farmers and urban consumers, but also simultaneously reducing subsidies (eg, fertiliser subsidy, which can be subsumed in another dollop of a PM Kisan Samman payout of Rs 6,000 annually to each farmer.

Six, create new instruments and options for foreign investors to take up equity in infrastructure projects, either by giving them a stake in existing infrastructure (roads, pipelines, gas and electricity grids), or by guaranteeing exchange rate protections for infrastructure equity investments (but not loans).

India needs Rs 100 lakh crore of investments in infrastructure over five years, but this needs huge policy interventions to make it all happen.

Seven, tweak the Insolvency and Bankruptcy Code (IBC) to ensure that the consequences of fraud by previous owners are not visited on the new owners of companies bought from the IBC scrapyard. IBC will remain a work-in-progress as cronies find new ways to kill its effectiveness.

Eight, ensure that the import duty structure provides maximum protection to finished goods and minimum to inputs and components. This needs a sector by sector tweaking of rates so that the current ‘inverted’ duty structure is done away with and ‘Make in India’ gains some traction.

Nine, fix GST’s multi-tiered rate structure and its loopholes in one fell swoop in fiscal 2020-21, and not in bits and pieces. A GST structure that needs constant tweaking will destabilise business decision-making, since there is no guarantee when the next tweak will come. 2020-21 should be the year in which GST achieves in three-rate structure and final form.

The big changes must be on making the technology infrastructure work well, thus making GST returns filing as easy as a walk in the park.

Ten, the Finance Minister would do well to keep meeting businessmen, both big and small, regularly, so that her future decisions are not based purely on bureaucratic inputs.

India Inc needs to know it is loved and respected and valued for its inputs in order to rediscover its animal spirits, and no finance minister can deliver this if access is denied.

Nirmala Sitharaman can use the current slowdown to earn a place in the Finance Ministers’ Hall of Fame. 2020-21 is the year that will determine if she can move from good to great.