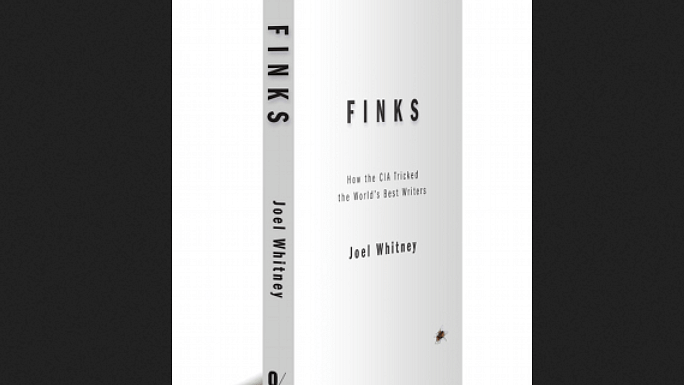 If there is anyone who thinks that culture is not political, there is a bridge I would like to sell them. Ideology seeps in from the artists themselves, and later institutions and patrons. Théophile Gautier’s l’art pour l’art is an artistic utopia that was never true and likely never will be. Joel Whitney’s Finks: How The CIA Tricked the World’s Best Writers lays to rest any notion that contemporary culture is apolitical or an expression of artistic inquiry into the human condition. Finks touches on several sensitive issues: one is the clandestine role of a government in shaping culture; even if we dismiss that, another is the claim that in addition to the promotion of certain views, others were actively censored. A third concern is the views of the authors and artists themselves — whether they knew they were being used and if they consented, even implicitly. And finally, how does the general public, the consumer of culture, evaluate artifacts that may not be much more than state propaganda?

That the United States had a well-funded and active propaganda effort around the world is no secret. Various government agencies, from intelligence to development, supported causes and people who would portray Washington’s worldview in the best light. Activities were not limited to the hostile Communist bloc and the ostensibly neutral non-aligned countries but even US allies such as France and Italy when it was felt that socialist influence on government and industry was becoming too strong. As the Mitrokhin Archives revealed in the early 1990s, the same was true of the Soviet Union.

Much of the cultural Cold War was fought via embassies, trade unions, aid organisations, universities, the press, and other more public institutions. Several scholars in the past decade have studied the importance of organisations such as the United States Information Service in quietly pushing the Western agenda worldwide. Frances Saunders’ Who Paid the Piper? The CIA and the Cultural Cold War focused on the Congress for Cultural Freedom (CCF) and its efforts to penetrate les belles-lettres. Similarly, Hugh Wilford’s The Mighty Wurlitzer: How the CIA Played America looked at the Central Intelligence Agency’s (CIA) co-conspirators in the culture war. German academic Michael Hochgeschwender’s two-volume Freiheit in der Offensive? Der Kongress für kulturelle Freiheit und die Deutschen reveals the efforts that went into supporting the Marshall Plan on the cultural front.

Whitney’s meticulous research indicates not just that the clandestine services were involved but the global scope of their activities, revealing the depth of planning, extensive network, and penetration of the CIA into even haute couture circles. Internationally, the CIA, through the CCF, funded Preuves in France, Hiwar in Egypt, Quest in India, Mundo Nuevo in Spain and Latin America, Encounter in Britain, Tempo Presente in Italy, Forum in Austria, Der Monat in West Germany, Quadrant in Australia, Jiyu in Japan, and many others. Again, the CIA’s presence in this field was not a startling new revelation — the New York Times had already exposed the agency’s role in a February 1967 article after the first revelation by the leftist magazine Ramparts.

Building on Whitney’s 2012 article in Salon, Finks shows how domestic assets such as Hollywood were recruited in the national cause. The joint chiefs of staff, for example, met with several producers in 1955 to insert the concept of “militant liberty” into more movies — an idea Marion Morrison (better known as John Wayne) was eager to implement.

In domestic literary circles, Finks makes The Paris Review the centre of its attention, an easy choice since its founder Peter Matthiessen had long confessed his ties to the CIA.

Yet the names of some of the authors who knowingly or unknowingly received the agency’s largesse are surprising: Pablo Neruda, James Baldwin, Jorge Luis Borges, Arthur Koestler, Ignazio Silone, Gabriel García Márquez and Susan Sontag.
The CCF’s method was to either place one of its people in an outlet’s editorial team or to fund it for material of a specific nature. For example, The Paris Review’s signature long interviews with famous authors was funded for Russian novelist Boris Pasternak. The CIA even funded the distribution of his novel, Dr Zhivago, at the World’s Fair in Belgium in 1958. They extended the same courtesy for Yugoslav author Milovan Djilas’ The New Class.

In India, Finks narrates how Jayprakash Narayan, Minoo Masani, and their circles were occasionally funded through the CCF, particularly for articles critical of Jawaharlal Nehru’s non-aligned policies. One incident was when Narayan sharply criticised Nehru for condoning the Soviet invasion of Hungary while lambasting the British, French, and the United States(!) — Nehru could not believe that the Europeans would act without American permission — for the invasion of Egypt. Although Narayan’s language, emphasising sovereignty, could easily have been interpreted to be a criticism of the US, it was heralded as dissatisfaction with non-alignment in India.

Similarly, CIA-funded magazines in Latin America did not hesitate to publish scathing pieces on US interventions in Guatemala and elsewhere in Latin America or its war in Vietnam. Yet, not all criticism was allowed. Whitney devotes a small section of his book on the CIA’s attempts at censorship. Dwight MacDonald’s polemic against the US was scuttled by Encounter, while Hollywood’s adaptation of George Orwell’s Animal Farm flipped the author’s intent on its head. The director John Ford even went so far as to request official guidelines that may help him express the government’s views better.

All said and done, Whitney does not venture to guess how successful the CIA ultimately was in pursuing the Cold War through cultural fora. The CCF’s many outlets may have pushed an American viewpoint more often than not, but who did it influence? In India, for example, there exists to this day paranoia over American intentions that hinders greater security cooperation. Silicon Valley has done far more to persuade the country’s youth over to the American side than the CIA ever achieved. One reason might simply be that India’s high level of illiteracy in the 1950s and 1960s meant that a magazine — in English, no less — could be consumed by only a select few. If Quest was an example of the CIA targeting the hearts and minds of the Indian masses, it was a spectacular failure.

It is also important to consider what CIA beneficence translated to for the recipients. Neither Narayan nor Masani needed American funding to criticise Nehru and this may be true of many of the other CIA-funded belletrists around the world as well. Not all those who were used by the CIA worked for the agency as, for example, Gloria Steinem did. The CCF’s funding was never great enough to actually create and maintain an alternative media ecosystem, something that has happened only with the advent of social media.

The impact of Finks is likely to be less around the world, where people have a less rosy view of US policies — many having had the honour of being a victim to them — and character, compared to the US. Even at home, the dismay is likely to be registered mostly among liberals to whom the CIA’s easy access to the Ivy League intellectual elite that forms the American intelligentsia and academia may seem a shocking betrayal, especially given their usual associations with the agency as the mastermind behind horrific acts of violence the world over.

Many of the authors who wittingly or unwittingly wrote for these CIA-funded outlets have become cultural icons in certain spheres and this taint would feel personal. For others, while this is a lesson in the dangers of overreach of state power, there was nothing illegal about the activities themselves.

Whitney takes the title from an exchange of letters between novelist Keith Botsford and sociologist Daniel Bell. In it, the former was complaining to the latter of the poor quality of a particular journal supported by the CCF. “It was a fink magazine,” Botsford wrote, referring to Cuadernos (del Congreso por la Libertad de la Cultura), the precursor to Mundo Nuevo, complaining that it attracted only poor quality reactionary writers, and advocated that it be abandoned.

Finks is not an easy book to read. For some reason, Whitney seems to have failed to transfer some of his casually flowing writing style from Guernica and elsewhere to his longer project. Yet it is an invaluable addition to growing studies of government propaganda in the cultural sphere. For traditional historians of diplomacy and balance of power during the Cold War, the cast of characters in Finks is a discombobulating experience. More importantly, the publication of Finks has been timed perfectly right in the early days of society awakening to the dangers of fake news and the power of governments over narratives. It pushes the reader to uncomfortably compare totalitarianism and democracy, questioning the meaning of free thought in both. If there is any.