How The Congress ‘Managed’ The Judiciary For Decades 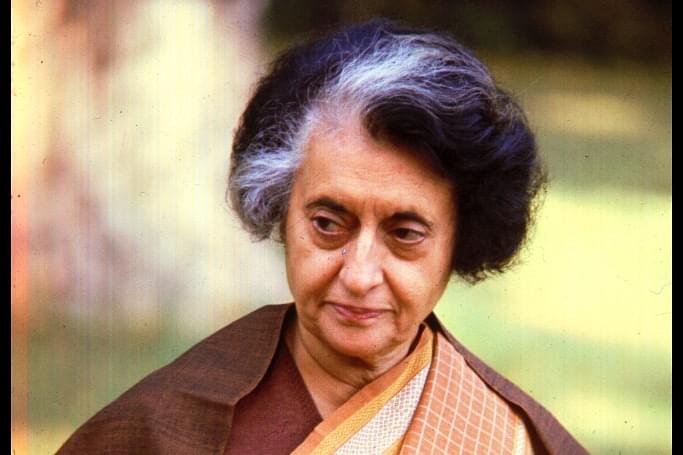 It was 30 April 1976 and the newspapers in India had either turned silent on will or had been censored into almost silence. So, one often had to rely on international newspapers to get an understanding of what was unfolding in the country. On that eventful day, the New York Times (NYT) in their editorial, saluted the efforts on an unlikely hero - a judge who NYT said deserved his own monument for upholding the constitution and the rule of law, even though it meant sacrificing his own career. This Supreme Court judge in question was Justice H R Khanna and the case in question was ADM Jabalpur vs Shivkant Shukla.

So what are the tactics that the Congress has used in the past few decades to make the judiciary pliable to its interests? The party’s approach can be summed up in three points.

1. Make way for the people who are loyal to you and those who would continue to be loyal to make their way up to the highest position.

In the year 1973, veteran leader Jai Prakash Narayan (JP) wrote a letter to the then Prime Minister, Indira Gandhi, expressing his deep concern with the way three senior judges were superseded to make Justice A N Ray the Chief Justice of India. It is important to note that the three senior judges had ruled against the government in the Kesavananda Bharati case which allowed the judiciary to strike down any amendment that would alter the ‘basic structure’ of the constitution. This was the cause of immense embarrassment for the government and the Congress realised that any of the three judges in the highest position would be difficult to work with. But Justice Ray had dissented against the majority verdict. Therefore, they made way for Ray to be made the Chief Justice of India.

JP in his letter wondered aloud and summed up the concerns of the nation by asking the Prime Minister whether the idea behind all of it was to make the Chief Justice, ‘a creature of the government of the day’. In fact, that was the very idea. The ministers of the government even used the argument that the ‘philosophy and outlook of the judges’ should be taken into consideration when deciding on their elevation. Indira Gandhi had herself lauded the Congress decision of promoting Justice Ray by saying that he was a judge who had recognised the ‘winds of change’.

2. Judges who are not supportive of positions of the Congress party to face impediments in their career

The first strategy can only be implemented if it is in conjunction with the second strategy of pulling down the judges who are not compliant with the Congress party and its whims. This could be through stalling promotions of senior judges like the case cited above or it could be through major steps like initiating impeachment proceedings, like in the recent tirade against CJI Dipak Misra. Each of these strategies seems to germinate in the period of the Emergency. For instance, during the Emergency, nine high courts across India had ruled against arbitrary detention under the draconian Maintenance of Internal Security Act (MISA).

The Congress party did not take this affront lying down. In all, 18 judges who delivered verdicts against the government were transferred. A two-judge bench of the Delhi high court had ruled that the veteran journalist Kuldip Nayar could not be arbitrarily detained. One of the judges, Additional Justice Aggarwal, was to be made a permanent judge soon. But he was transferred to a Sessions judge position. And the reason behind it was all too familiar. The Congress argued that Intelligence Bureau reports suggested that Justice Aggarwal was an Rashtriya Swayamsevak Sangh(RSS) man and hence, his candidature was not deemed fit. The other judge was transferred from Delhi to Assam.

The most significant use of this strategy was seen in the way Justice H R Khanna was treated for his dissent note in the ADM Jabalpur case. Justice Khanna was second in line to the CJI post in terms of seniority but was bypassed for Justice M H Beg. He resigned from the bench and his act of courage meant an end to his legal career.

3. Defend your ‘almost political’ appointees in the judiciary and based on their performance, celebrate them, when the time is opportune.

From journalists to judges, from actors to activists, the Congress party has known how to demand loyalty and how to reward it. This is not just a signal for others in the days to come but also a means to pack more institutions with tried and tested political appointees. Most of the judges elevated due to the benevolent considerations of the Congress immediately delivered in terms of verdicts. Like A N Ray and M H Beg on the ADM Jabalpur case. And others like Justice Ranganath Misra whose favourable verdict on the 1984 Sikh pogrom saved the party from more embarrassment.

From plum positions in party institutions to more constitutional posts to Padma awards, the loyal judges have always been celebrated for their service to the party in such critical times. Justice Beg was first made the CJI side-lining Justice Khanna and after retirement was made the Director of the National Herald group of the Congress. But, that is not where it ended. In 1988, the Rajiv Gandhi government recognised the contributions of Justice Beg during the Congress imposed Emergency and awarded him the Padma Vibhushan.

Justice Ranganath Misra was another judge who found favour with the Congress party. As the one-person task force to look into the 1984 Sikh pogrom, he could only find lapses by the police and no direct links to the party in any of the deaths and riot situations. This was a major relief for the Rajiv Gandhi government and the rewards came in quick succession and lasted long. It started with the post of the CJI and then the chairmanship of the maiden National Human Rights Commission, followed by the chairmanship of the National Commission for religious and linguistic minorities and then the National Commission for scheduled castes(SCs) and scheduled tribes(STs). Not to forget, a Rajya Sabha seat in the year 2004.

In a rather strange chain of events, the Congress, a couple of months back, retraced its steps of co-option and control in the judiciary and tried to impeach the CJI, Dipak Misra, who is incidentally a nephew of Ranganath Misra. The message was clear like it has been in the instances highlighted above. If the line of the Congress party is not toed there will be consequences. And there was also a signal like earlier. If the line of the Congress party is toed, there will be rewards. From the Emergency till date, the Congress has tried to game the judiciary and has brazenly eroded its independence. Suddenly, it has woken up to concerns of judicial independence and feels like ‘enough is enough’. This realisation of righteousness is 45 years too late.