How To Be Patently Unfair 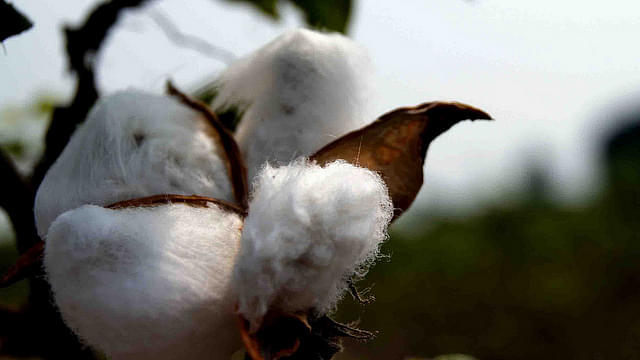 There we go again! The Delhi High Court has just decreed that Monsanto cannot claim any intellectual property right (IPR) over its Bt cotton seed technology, which means it will be common law property and anyone can use it and sell it and make money out of it without paying a penny to its original inventor Monsanto, a merged unit of Bayer Crop Sciences now.

The issue is far from settled, as Monsanto has said that it will appeal this decision in the Supreme Court. It will probably take another few years before the case is resolved at the highest level. However, this new ruling of the Delhi court once again shows how the socialist system is deeply entrenched in the psyche of not only the public but also in the judiciary. The one Sangh parivar outfit that has rejoiced over this decision, in addition to scores of other anti-biotech and anti-Monsanto NGOs, is the Swadeshi Jagran Manch (SJM). It is the same outfit that has put genetically modified (GM) seed technology in the doghouse in India. Even Prime Minister Narendra Modi has not touched the tarred GM baby in the last four years and is not likely to go anywhere near it until after the next general election.

It is really mystifying how Modi, who has first-hand experience of the benefits of Bt cotton in Gujarat, cannot stand up to SJM now. Those who were expecting truly transformative economic policies from Modi have been totally disappointed as he has continued with most of the socialistic polices of the past government against which he railed so much in the run-up to the 2014 elections. He was crying hoarse that he would have minimum government and maximum governance. However, in reality, not much seems to have changed in terms of economic policies as well as social policies. The reasons are not hard to guess. It is indeed very difficult to get rid of entitlements. And in a poor country like India, it is even more difficult and can result in hara-kiri for a political party. Modi is not risking it for now.

If India persists with the Delhi High Court decision on Bt cotton, then there is no hope for any competitive improvement in agriculture, as no one will invest in innovation that cannot guarantee returns in the country for want of IPR protection. It is amazing how the Delhi High Court did not take cognizance of an earlier Calcutta High Court decision granting patent protection for a genetically modified mouse. Even if there are ambiguities in the Indian Patent Act (IPA), a judge can use the law of precedence to cite the Calcutta High Court judgement to grant a patent for Bt cotton.

Are judges also succumbing to the public pressure orchestrated by NGOs, many of whom have made it very difficult for India to adopt science and technology for its development?

Everyone knows that Indian agriculture has become stagnant and hopelessly uncompetitive globally, and how Indian farmers have been starved of advanced technologies to improve their productivity. But all along, Indian governments and activists and NGOs have battled to keep science and technology away from the neediest Indian farmers. India is also a country that is well known for lack of industrial innovations. Here again, only government policies are to blame — they have not done a darn thing to create an ecosystem congenial to industrial innovation.

The Indian Council of Agricultural Research (ICAR) played a major role in the success of the Green Revolution, in the total absence of any player in the private sector. However, things have changed since the 1980s. Many Indian seed companies have come to the fore and have the financial wherewithal to carry out competitive research and development to bring products to the marketplace, and they do.

At the same time, there are laggards in the seed industry, who do not like to spend a dime on R&D, but capitalise on misappropriated technology services as they did during the Green Revolution days. It is precisely because there is no IPR in agriculture and seed inventions cannot be patented, that they do not invest in innovations.

The sad story of Bt cotton technology is that of stealth technology, smuggled into the country by Navbharat Seeds Company of Ahmedabad in the late 1990s, which spread like wildfire and forced the regulatory authorities to give a hurried regulatory clearance, which was undergoing the oversight process for almost eight years by that time.

This is the famous India’s classical chalta hai attitude. First you break the law, and then due to public or political pressure, regularise the broken law — that seems to be the order of the day.

Today, ICAR is in no position to deliver goods out of modern biotechnology, like it did during the Green Revolution. India’s biotech regulatory system has been frozen to death by the Modi government. Indian patent law is nowhere near perfect and there are endless debates about whether India should grant patent rights to life forms. On top of it, India’s private seed companies have no scientific and technological competitiveness to develop modern biotechnologies on their own as it takes huge investments in terms of competitive personnel and resources. The only source for modern biotechnologies for them is to license them from MNCs, and that is abhorrent to activist Indians. The net sufferer is the poor and hapless farmer.

Again, there is no shortage of political parties, leaders and others who shower plenty of lip sympathies at the plight of farmers. Political parties know only one thing and that is to throw some financial crumbs at the problem to go away until next year, and the vicious cycle repeats.

Agriculture is an untouchable holy cow in the Indian political landscape. All politicians and political parties, without a moment’s hesitation, line up to support anything that is supposed to benefit farmers. On top of it, there is in-built xenophobia that serves as a convenient political tool to pull down multinational corporations at any politically convenient moment.

All these activists and politicians do not care for the Agreement on Trade Related Aspects of Intellectual Property Rights (TRIPS), of which India is a signatory and is bound to recognise IPR in all areas, including agriculture, energy and healthcare. Members are allowed to exclude certain inventions from IPR if they affect the morale of the public or ordre public. In relation to biological materials, TRIPS can exclude plants, animals and other essential biological processes of production and propagation of plants and animals, and microorganisms per se and microbiological processes are patentable. Currently, the Indian Patent Act of 1970 with subsequent amendments allows for “product patenting” along with “process patents”. TRIPS protects all forms of IPRs collectively.

India allows patenting of microorganisms, but without defining it. Since both process and product can be patented in India, microorganisms were considered products and thus patentable. Extending this case, the Calcutta High Court explained the concept of patenting biotechnological inventions, where a live vaccine was involved as a product. This case adjudication should have been used to extend patent protection to Bt cotton as it is a live end-product involving a process involving living organisms. TRIPS supports this interpretation clearly. The Delhi court’s decision will prove to be a tragedy for the Indian farmers and please only those who are jingoistic.

In the absence of a clear-cut patent law in India, it is mostly left to the vagaries of interpretation of all sorts of voices, including that of the judiciary. The Bt cotton case would not have come to the court at all as there was a working business model where Indian seed companies licensed the Bt technology from Monsanto and signed up to pay an upfront licensing fee and a certain rate of royalty on the proceeds of ultimate sale to the farmers. This was based purely on contract law.

Most companies were complying with their contractual terms, but some others started having second thoughts about the contract out of pure greed. Some even argued that Monsanto has already made enough profits, and they need not get so much more profit after all these years. They wanted Monsanto to voluntarily forego its profits and liberally share it with all its licencees.

Nuzveedu seeds, a Telangana-based company, was the first one to back out of its contractual obligations, followed by some more. Using some local political influence of MPs and MLAs, it forced the central government to issue an executive order, where the government intervened to fix the licensing fee and royalty for GM seeds, that was a game-changer in the Bt cotton seed business. This brazen act of the government raised a red flag that it will inject itself in the marketplace and enforce its own terms in legally binding mutual business contracts. On top of this, now the Delhi High Court has issued a decree to not give patent protection to the biotech inventions.

On the one hand, the first indigenously developed GM mustard has been frozen in regulatory imbroglio, and on the other, now there is no chance of IPR protection to GM inventions. And given that most Indian public and private sector institutions are incapable of delivering goods and services in modern biotechnology, there is no hope for the Indian farmers to derive any benefits coming from these technologies. This situation will definitely leave Indian agriculture far behind globally.

Decoding Indian patent law can be challenging and confusing at the same time. For a government to interject itself in a contract dispute between two parties is a travesty of rule of law and justice. This entire episode with GM crops in India is very telling that socialism is still intact in India, and market liberalisation is just a myth. Foreign companies in life sciences, medicine, biotechnology, and agriculture will now not consider India a good investment destination.