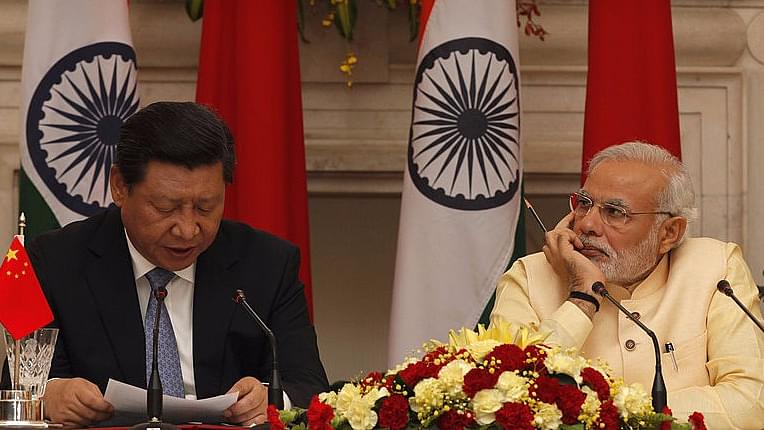 On 28 August, disengagement started at the Doklam plateau on the Sikkim border where Indian and Chinese forces have been in a standoff since 18 June. According to a statement issued by the Ministry of External Affairs, “expeditious disengagement of border personnel at the face-off site has been agreed to and is ongoing”. The Chinese Foreign Ministry, for its part, suggested that “Indian forces have already withdrawn to the Indian side of the border” and that “Chinese forces will continue to patrol in Doklam region”. It has also said that its forces “will remain in the region” and continue to exercise their “sovereignty over the region”. That was China trying to put a spin on the outcome as border patrolling by China was never really an issue.

The standoff had begun when Chinese troops started constructing a concrete road in Doklam in Bhutanese territory. The Indian troops promptly halted the construction work, forming a human chain, calling it a change in the “status quo” with serious security implications for India as the Doklam Plateau overlooks the strategic Chumbi Valley.

Over the last more than two months Beijing continued to harangue and wage its psychological warfare, sometimes by reminding India of 1962, and sometimes by suggesting that countermeasures would be unavoidable if the Narendra Modi government continued to ignore Chinese warnings. China also provoked India by asking what New Delhi would do if it “enters” the Kalapani region in Uttarakhand, or Kashmir. This is the first time that the Kashmir issue has been raked up by China at the official level.

Indian diplomacy, by contrast, was mature and the government did not lose its nerve. Minister of External Affairs Sushma Swaraj asserted in Parliament that India would resolve the standoff through dialogue. But she also made it clear that India’s reasonableness shouldn’t be mistaken for weakness. “Just because we want to have friendly relations with our neighbours, they shouldn’t cross the line. India always wanted smooth relations with China. But the alignment of boundaries involving India, China and Bhutan has to always be finalised in consultation with all three countries,” she said, underscoring New Delhi’s resolve not to be cowed down by Beijing’s relentless high-pitched campaign.

This crisis between China and India was different from other such episodes in the past but what made it unique in recent memory was New Delhi’s determination not to concede the standoff on China’s terms. Beijing tried everything. It used its media to bully India; it threatened India officially; it used colonial era records selectively; it tried to rally world public opinion; it even tried to childishly ridicule India with its media using racist videos. Beijing also tried to corner India in other parts of the border with Chinese troops crossing the Indian border near Pangong lake in Ladakh on 15 August and pelting stones at Indian soldiers. But India did not budge.

And that in essence foreshadows the future of the global order. Underlying all this petulance about boundaries and territories, behind all this façade of sovereignty, the Sino-Indian standoff in Doklam has been about whether the future of Asia will be one where China will be the dominant actor and dictate the terms of behaviour to other nations or whether the future of Asia will be a multipolar one in the real sense of the term. India decided to stand its ground because there was far too much at stake to not respond to the Chinese bullying.

China talks of a multipolar world order but in reality it wants a unipolar Asia. Its assertiveness in staking its maritime territorial claims in recent years might have convinced it that there is no real opposition to it in the region and beyond. The West is too preoccupied with its own internal challenges to pose any serious problems in China’s way. And the regional states are too weak to do anything about Chinese belligerence. The ASEAN turned out to be a paper tiger when it came to the crunch. China’s divide and rule policy has fractured any sense of unity in Southeast Asia. A rather weak and ineffective negotiating framework for a code of conduct in the South China Sea was recently adopted by the ASEAN under Chinese pressure, reflecting the challenges being faced by the larger Indo-Pacific region at a time when the US remains distracted and lacks a clear Asia policy under Donald Trump.

And so India remains the last nation standing, a stumbling block in China’s drive for domination of the Indo-Pacific. Already, the ambitious Belt and Road Initiative has made China central to the evolving global economic order. Even when nations realise the folly of their joining this mega connectivity initiative, they see no real alternative. New Delhi is the sole major power that has decided to publicly oppose President Xi Jinping’s vanity project. The other major power centres remain constrained in their policy responses to China. Japan has domestic political constraints despite Prime Minster Shinzo Abe’s proactive foreign policy. Australia’s economic future is so deeply intertwined with China’s that its elites are today having to debate the choice between the US and China.

The Modi government, in contrast, has been robust in its response to China’s rise. It quickly realised that China remains determined to pursue a unilateral foreign policy, and Indian interests will suffer if New Delhi does not make a change in its foreign policy behaviour. While a section of the Indian elite continues to believe that India can shape Chinese behaviour by its policies, policymakers have been confronting the consequences of China’s growing capabilities in multiple ways. Though a tad late, New Delhi has been focusing on building its border infrastructure and has been active in trying to reach out to other like-minded countries in the region such as Japan, Australia, Indonesia and Vietnam to shape a favourable balance of power in the region.

Ahead of the BRICS Summit in China and the 19th Congress of the Communist Party of China, the standoff with India could have been really damaging for the Chinese President who stood to lose the most if a quick solution was not found. And so the two neighbours have managed to resolve the standoff for now.

But this episode marks an inflection point in India’s relations with China. India seems to have recognised that standing up to China resolutely to protect its core interests is the only option available to it. Otherwise, it will have to acquiesce in shaping a China-centric Indo-Pacific. And for most Indians, that clearly is not an option worth even thinking about.