Indo-Israeli Ties Are Moving Beyond Defence 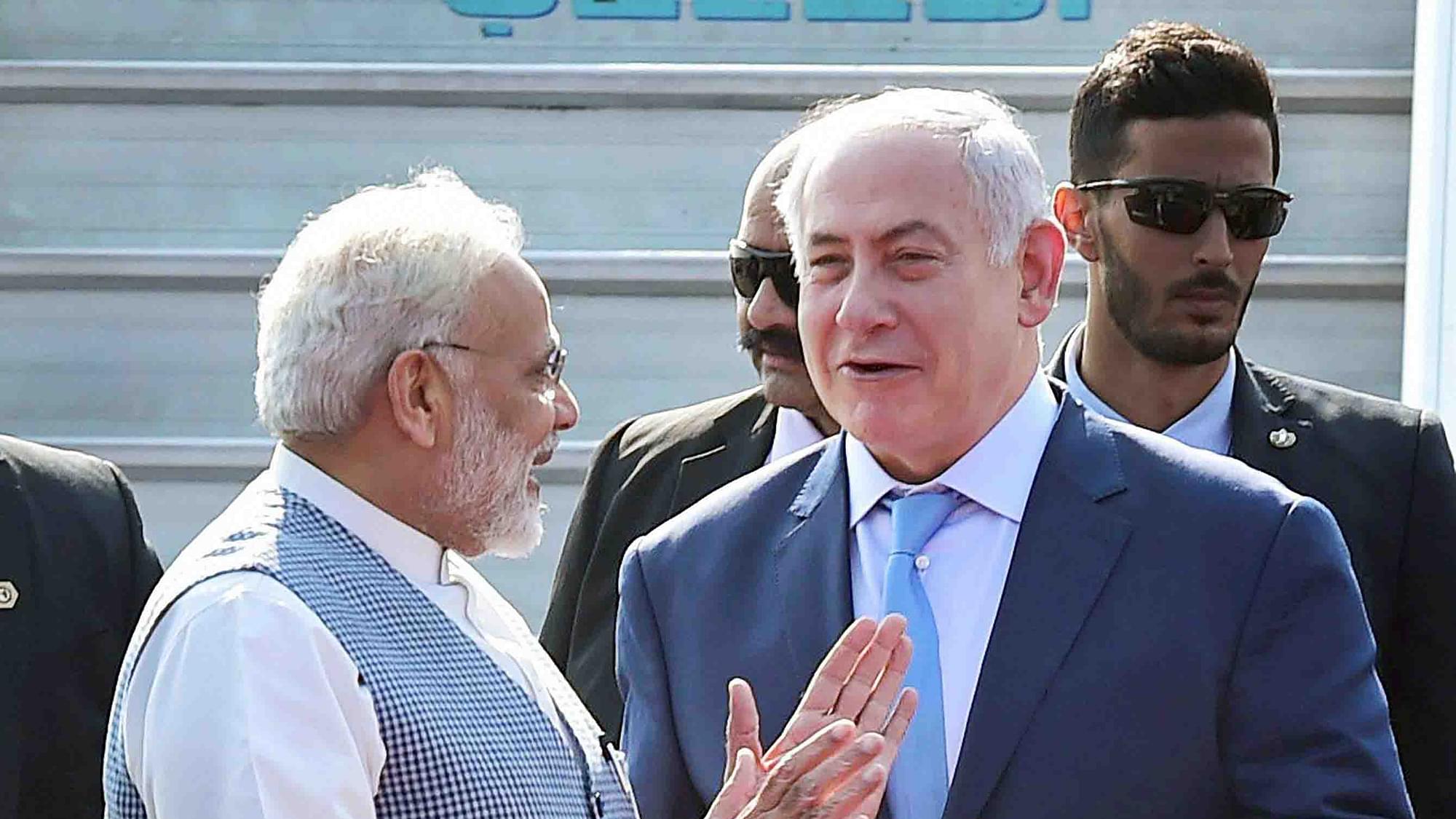 Israeli Prime Minister Benjamin Netanyahu was in India last month on a five-day visit underlining the growing ties between the two major democracies of South Asia and the Middle East. There is now domestic consensus in India that strong ties with Israel are essential for Indian national security interests. Prime Minister Narendra Modi deserves credit for investing personally in this relationship and for finally de-hyphenating India’s relationship with Tel Aviv from Palestine. This was an important move, as for decades, even as Israel stood with India in times of crises, Indian political leadership was shy of reciprocating. Everything was behind the scenes, and New Delhi expected that Israel should continue its cooperation on defence and intelligence, while it could get away with being coy. Modi has changed it, and this is for the better as bilateral relationships should stand on their own merit. If the Arab world can engage with Israel despite proclaiming to be the biggest supporters of the Palestinian cause, India can certainly be more honest with Israel. India’s ties with Israel have always been embroiled in Indian domestic politics, but in recent years a wider political consensus has emerged.

Today, the relationship is moving beyond just defence, and Netanyahu’s visit largely focused on economic and high-end technology cooperation, as well as boosting people-to-people linkages through cinema and tourism. Israel’s technological prowess remains unmatched in areas as diverse as waste management and reprocessing, desalination, agriculture, waste water recycling, to health, biotechnology and nanotechnology. This is something that India is looking to tap into.

The overall relationship has never been stronger. It is a sign of a mature partnership between the two countries that India’s vote at the UN against US President Donald Trump’s decision on Jerusalem and the cancellation of the Spike anti-tank guided missiles deal did not vitiate the climate ahead of Netanyahu’s visit. As the Israeli Prime Minister himself pointed out, “…I don’t think it (India’s UN vote) materially changes the tremendous flowering of relations between India and Israel”.

The economic cooperation is below potential, but the two sides are now re-evaluating and trying to take the relationship beyond just an export-import dimension. This means that the two sides will have to explore the high-technology cooperation in particular, and enhance cooperation in areas where the two can help each other in building capacity. That seems to be the roadmap agreed to during Prime Minister Modi’s visit to Israel last year. The free trade agreement (FTA) is stuck because, as with other FTAs, there are concerns of the Indian domestic industry which make it difficult for the government to move forward. This is not an Israel-specific issue. India’s track record on FTAs is not great. Unless there is a wider domestic agreement on India’s trade policies, it is unlikely that this particular FTA will move forward.

But Indo-Israeli counter-terror cooperation is quite robust, and has been scaled up gradually over the last few years through a joint working group on terrorism. Intelligence sharing in this realm has been the most important element of this partnership. In this day and age, when shadowy extremist groups operate freely across borders, information and intelligence sharing are key to tackling this menace in open societies like India and Israel. Israel is helping India improve border management along the Indo-Pak border, given Israel’s experience in dealing with cross-border infiltration and terrorism. Cybersecurity cooperation is also expanding with cybersecurity academies being set up in India by an Israeli cybersecurity company, Vital Intelligence Group.

For Israel, Iran is the most significant national security threat. It views the threat from Iran in existential terms. So it is to be expected that it will have strong views on Iran’s regional role. But it is a sign of the growing maturity of India-Israel relations that Israel has not made Indo-Iranian ties central to its engagement with India. It is certainly a factor, but not the most important one. There is a recognition in Israel that India’s ties with Iran are longstanding and should be viewed in the wider regional context, where India is trying to develop regional connectivity via Iran to Central Asia. The US has been more of a factor in this regard, often making India-Iran ties a litmus test of its own engagement with India. But Israel has been working on its ties with India patiently and on their own merit. As Iran integrates itself more closely with the wider international community and joins the mainstream, something which President Hassan Rouhani has been trying to do, it will alleviate this pressure on India’s ties with Israel. India and Israel have been having regular exchanges on regional geopolitics in the wider Middle East, and this is the best way to understand each other’s concerns.

Like most countries, Israel is also adjusting to a world where China’s imprimatur is getting stronger. Its ties with China have been growing at a time when it is reaching out to non-Western powers in a big way. Asia is a particular priority. Just as Israel has not made its ties with India contingent upon any third country, India too can do the same and in fact has done the same. A conversation about the changing geopolitical realities in the Indo-Pacific should be a priority for the two nations. While the US still enjoys a veto over the sale of sensitive technologies to China by Israel, the future may be more uncertain as Chinese investments in Israeli technologies grow. American pressure on Israel resulted in a dampening of and in some cases scuttling of the Sino-Israeli military-security cooperation, but the political engagement between the two continued. Though the breadth and depth of Indo-Israeli ties is no match as of now for the Sino-Israeli one, which is largely driven by trade and commerce, New Delhi should be aware that Chinese influence will only grow in the coming years, with it already being Israel’s largest trading partner in Asia, and third largest in the world. Prioritising economic and trade ties in Indo-Israeli ties should be viewed as a must.