The Dos And Don’ts Of Innovation For New India 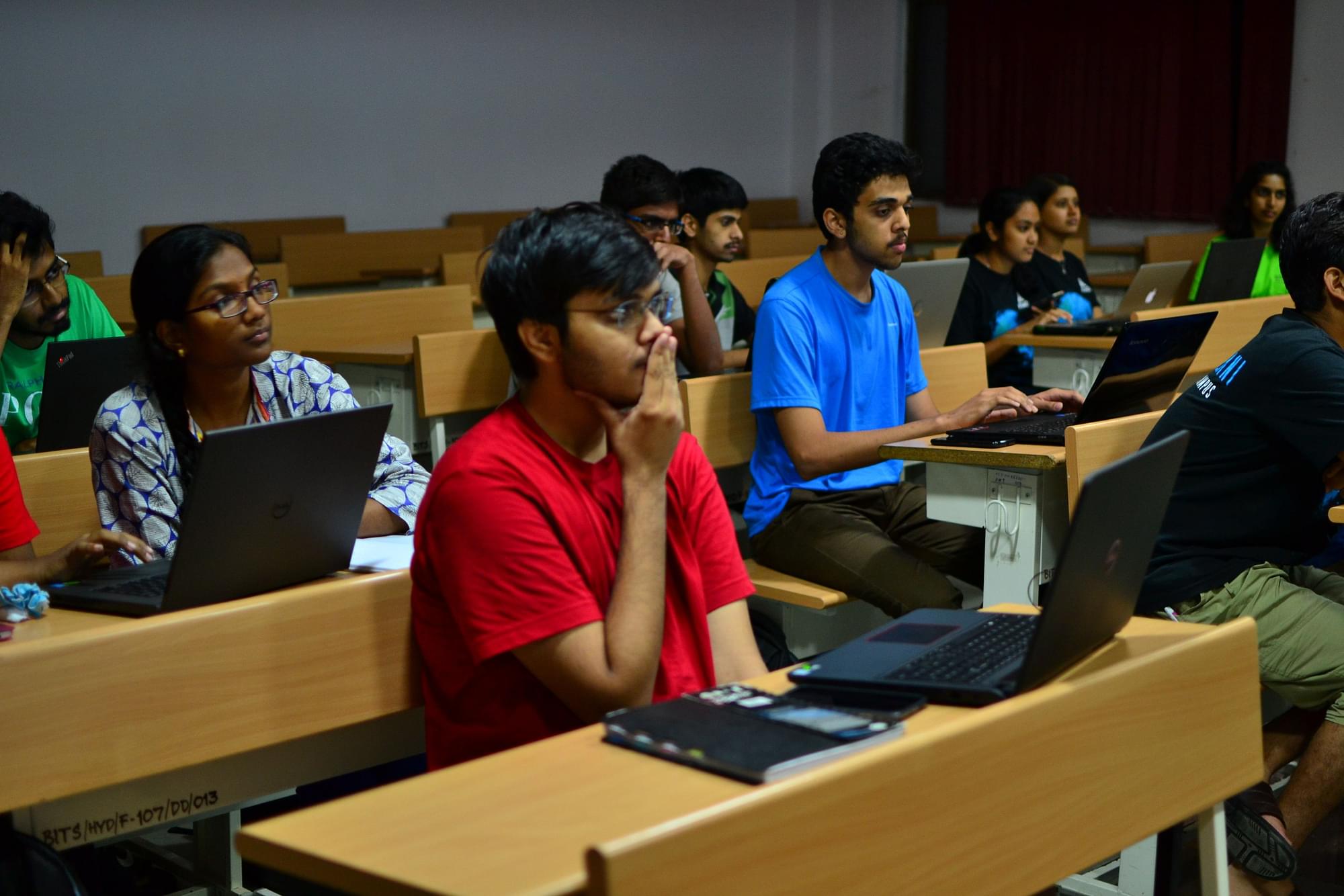 When resources are limited, it is creativity and its first cousin, innovation, that allows us to get ahead by achieving more with less. In practical terms, it translates into the importance of research and development (R&D) in corporates, or its precursor, research in academia. Which is why ‘publish or perish’ has been the guiding mantra for those seeking tenure — or permanent employment — in US academic institutions.

Since the US is the fountainhead of the most innovative ideas in STEM (science, technology, engineering, and mathematics) and related disciplines, there must be a positive correlation between innovation and publications. This is the logic used in China, where it is mandatory for all academicians to be prolific in publishing papers.

First, China — and Chinese researchers embedded in US academia — lead the world in terms of the sheer number of papers published.

Second, a large number of these papers have been found to be of poor quality, if not actually fraudulent.

Third, and most interestingly, China still needs to employ thousands of hackers to break into and steal industrial and scientific knowledge from US companies and institutions.

This weakens the linkage between published research and real innovation.

Perhaps, China is doing phenomenally well in fundamental research but until we have greater transparency through the Bamboo Curtain, we remain sceptical.

This lack of correlation between publication and innovation is an outcome of Goodhart’s Law, first enunciated by the British economist in 1975: “Any observed statistical regularity will tend to collapse once pressure is placed upon it for control purposes”.

Marilyn Strathern puts it more succinctly — “When a measure becomes a target, it ceases to be a good measure”.

This means that while publications may be a good estimator of innovative thinking, when people are tasked to publish for the sake of employment, it ceases to be an estimator of anything at all.

Anybody who has been in the vicinity of academic publishing would know that acceptance of a paper for publication depends on (a) choice of an ‘acceptable’ subject (b) the ‘methodology’ of research and ‘style’ of representing it and (c) the ‘literature review’ and ‘references’ that weave a delicate but readily perceptible network that cycles through a self-sustaining ‘citation index’.

The originality of the idea or the elegance of its implementation has little impact on the acceptance of a paper in a scholarly journal. As long as it looks, walks and quacks like a duck — oops, like an academic paper — then it must be an academic paper worth publishing. [Public disclosure — this author has only two papers published in non-Indian academic journals and so could have an issue with sour grapes]

This obsession with publications masquerading as research has now infected academia in India as well.

So much so that the director of one Indian Institute of Management, as holy a cow as one may find in Indian academics, has decided that actual teaching should be outsourced to contract teachers while tenured faculty, freed from such mundane distractions, should focus on publishing papers.

Which is actually a joke because — at least in the area of management — the ability to architect a complex solution and execute a commercially viable project is a far better evidence of innovation than publishing a paper based on dodgy data collection and p-value based testing of pointless but statistically significant hypotheses.

But unfortunately, university ranking mechanisms and regulators like the University Grants Commission (UGC) and the All India Council for Technical Education (AICTE) have latched on to publications as measures of excellence.

Hence, we are back to this concept of publish or perish without any thought to its correlation with genuine innovation.

In fact, such borrowed measures of academic prowess have their roots — at least in India — in the larger story of the lack of innovation in the economy. Who decides on what is meant to be a good student in India?

First, academicians and then, more importantly, corporate executives, mostly engineering and management graduates, decide on whom to hire and from which colleges.

What is common to all such decision-makers is not innovative or original thinking but a history of having cracked entrance examinations in their student days.

That is why they like examination crackers, or people like them. The entire edifice of corporate and academic India is brimming, not with innovators, but with those who have been able to game the entrance examination system.

Entrance examinations like Common Admission Test (CAT) and Joint Entrance Examination (JEE) were once designed as estimators of intellectual ability. But again, in a perverse reaffirmation of Goodhart’s Law, cracking these tests have become the end goal for all students.

The JEE rank that was once a good measure has now, after becoming a target, become worthless in evaluation. Kids with original ideas will never be able to game the system with coaching classes and the thought conditioning necessary to reach the colleges that will take them to companies that in turn could come up with original ideas.

Hence Flipkart will always be a copy of Amazon (without its cloud technology) and Ola and Oyo will be copies of Uber and Airbnb. Even when wildly successful, there is nothing original in their products and services. Nothing like Skype or WhatsApp, let alone molten-salt nuclear reactors or CRISPR will originate from them.

So, is there an alternative? Is there anything else that could seek out people with raw and native talent? Is there a way to eliminate artificially difficult entrance examinations, like JEE, that only the best coached and best prepared can crack?

Once upon a time, long long ago, Class X and XII marks were good estimators of talent but with state boards competing to give 90 per cent to all, that option has been ruined.

What if the ‘percentile rank’, instead of the absolute marks, in the normal Class XII examination becomes the yardstick of measurement for college entrance?

What if we mandate that everyone should take the one, common national Central Board of Secondary Education (CBSE) XII examination? Either in addition to the state board or as an alternative? This may sound good but there is the danger of rigid centralisation and the concomitant spectre of a single point of failure.

What we could do instead is to redefine the country in terms of education zones and create a Zonal Board of Secondary Examination (ZBSE) for each zone. This will be analogous to the Indian Railway network being managed through 16 railway zones like Western, South Eastern, East Central and so on.

Each such education zone will cover more than one state and may even span state boundaries depending on linguistic and cultural similarities.

Each ZBSE will conduct its own Class X, XII board examinations based on a syllabus that takes into account both national perspectives and regional diversity and on a schedule that reflects local convenience.

State boards would become irrelevant but even if retained, students should be allowed to take ZBSE examinations in their respective zones of domicile ‘irrespective of the schools that they physically attend’.

With educational zones in place, the percentile marks in both ZBSE Class X, XII examinations should be used as the primary selection criteria for admission to all central universities and all UGC-funded institutions.

In addition to the percentile on aggregates, different disciplines like engineering or liberal arts could use the percentiles on specific subjects or groups of subjects.

This will free students from the need to sit for any artificially-constructed aptitude test for college entrance and instead, focus on a traditional broad based, multi-subject ZBSE school curriculum.

Recruiters from the author’s generation have always used Class X, XII marks as an effective measure to discriminate between candidates and having ZBSE marks, that ensure better parity across the country, will reinforce this method.

Colleges that look for good placements will now have to run after students with good ZBSE percentiles instead of the other way around. So truly good students will enter good colleges, and then get good jobs or go for research.

Instead of a top-down philosophy of publish or perish, a bottom-up approach using ZBSE Class X, XII percentiles for college entrance would be a superior mechanism to recognise and reward true talent in ‘the innovation nation’.