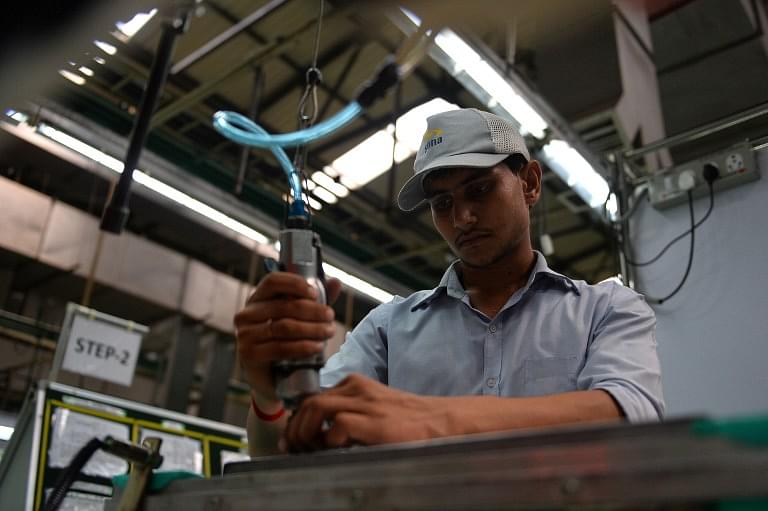 The precipitous decline of India’s education system that today produces millions of “paper degrees” cannot be reversed by a “skilling” mission. It needs a thorough overhaul.

The headwinds generated by “L’affaire Lalit-Swaraj”—whether collateral to the incident or entirely made in India—are likely to be easier to manage than the prevailing economic headwinds. International growth is slow and the future iffy as European economic stability continues to be uncertain.

The impact on India is dwindling exports, higher risk premiums for foreign investment, high interest rates, rattled business sentiment and lower revenues for government. But if you contribute just 2 per cent of the world economy, you are a “market taker”—you can only play with the cards dealt out; only enter the doors opened and sit on the chair drawn up for you.

This is where India is today.

FM Jaitley was probably playing to the foreign investor gallery, recently in Washington, when he remarked that India can potentially be on the path to a new norm of 10 per cent growth per annum. In an international economic environment of gloom and doom predicted to last at least till 2018, this was a brave assertion.

Growth, especially of the “topline”, matters for the success of e-commerce giants like Amazon, eBay, Flipkart and Snapdeal because that is the metric of success used by private investors to pump in ever more money.

This growth-oriented investment strategy works for international institutional investors and private equity players. For them, the world is their investment oyster. There is always the option to spin off the original investment to the next growth-fixated investor, even as the asset is already turning sour. But it is also a Ponzi scheme—a bubble—which runs its course whilst the optics seem correct and the money lasts, with the dummies and public sector banks holding the baby in the end.

Domestic investors, being generally smaller and more rooted to India, do not have this luxury. So profitability—the bottom line—counts for them. Kishore Biyani of the Futures Group correctly questions the sustainability of topline growth without bottom line fundamentals.

Growth of GDP is no different. What profitability is to business, jobs are to GDP growth. “Jobless growth” has become a dirty codeword for statistical juggling, transfer pricing and gold plating rather than the wringing out of systemic inefficiencies which it once signified.

Indians are insulated from using the metric of jobs for assessing welfare changes by the inability of our Labour Bureau to track net job creation more frequently than annually. This is unfortunate since jobs are a key metric of well-being. Changes in job volumes are a good proxy for changes in household income, which is a better proxy for access to services than the dry “inputs-based” targets and achievement data routinely churned out by the government. The number of public hospitals built matters far less than the change in the incidence and severity of diarrhea or malaria. Information on the former is widely available. Information on the latter can defeat the most dedicated researcher.

It is all very well to drum up the optics using a glossy “skilling programme” brochure. But only one million jobs are created every year against the existing annual throughput of 1.7 million post graduates, 13 million undergraduates and 1.6 million with diplomas and certificates. The shortfall is in jobs, not in skilled kids.

Relative to the jobs available, there is a huge oversupply of 15 million educated youth annually. The only reason the education industry keeps humming is because it runs on public funding, poor standards and postponement of reality by an aspirational youth desperate for white-collar jobs.

Needless to say, all these holders of “paper qualifications” will need to be retrained by their prospective employers. But the precipitous decline in education can hardly be reversed by a “skilling” mission. It needs a thorough education overhaul, including a review of the entitlements to education; full financial support for meritorious, needy and marginalized students; complete change in teaching objectives to align with “practical skills” and better oversight methodologies for imposing rigorous standards.

None of this can be achieved simply by setting up new institutions like the Ministry of Skills Development (first year cost—Rs 1,500 crore) or the National Skills Development Corporation—a Section 25 not-for-profit public-private partnership. The objective to skill the young is laudable, but the method identified is laughable.

International experience shows that skilling works best when integrated into the education system and not as an end-of-pipe training activity, as conceived in India. Secondly, relevant skilling is best done by apprenticing on the job. Training people using public funds is inefficient and wasteful. The success of the Indian IT industry is due to the fact that it trains and handholds young staff internally. Companies cannot get away from the responsibility of training their current staff and establishing a stream of trained staff for the future.

PM Modi was right when he advised IAS probationers, early this year, to focus on the social sectors since that is where the government can be an instrument of change. Getting close to creating 10 million jobs a year is no different. It needs drive, dedication and focus from the ground upwards. This where cooperative federalism becomes important.

The Union Budget 2015-16 has enlarged the discretionary control of state governments by over an additional 10 per cent of sharable Union resources. It has also renewed the allocation for the National Rural Employment Guarantee Programme started by the UPA government.

This piece was published in the July 2015 issue of our magazine. You get 12 print issues, access to archives and more for just ₹1500. Click here to buy your subscription

Other top-down initiatives have also been taken. In urban renewal—100 smart cities and 500 AMRUT towns; 20 million homes by 2022. In rural infrastructure—conversion of 100,000 agricultural pumps to solar power with drip irrigation as an associated facility to conserve water use and an accelerated sanitation and clean drinking water programme.

All these allocations should directly feed into incremental jobs in construction, maintenance, repair and services at the field level. The task at hand now is to join the dots in the field to drive the jobs agenda bottom upwards. This principally requires the state governments to take the next steps. But this could also be an opportunity for distinguishing between the argumentative federalism of the past and the cooperative federalism objective of the Prime Minister.

First, break clearly from the past. The PM and each Chief Minister (CM) should define a jobs target for each of the over 600 District Magistrates (DM). The DM is a unique institution which converges the development agenda at the district level. Biannual video conferencing meetings to review the district jobs agenda between the PM, CM and DM—the PCD3M triumvirate, can energize coordination and enhance results in the field.

Second, the Union government should devise and publish a “jobs filter” which can be used for assessing the productive jobs potential for an investment. This tool would be helpful for prioritizing investments.

Third, the entry level legal services sector has significant employment potential. Liberalising the economy democratized the legal profession by opening doors in the hitherto restricted world of corporate law. But human rights and consumer protection remain the unfortunate preserve of NGOs, rather than being a viable professional choice.

The Union government should fund field-level pro bono work in human rights and consumer protection. Costed at Rs 3,000 per month per paralegal, an outlay of Rs 3,600 crore for generating one million paralegal jobs makes more sense than spending an equivalent amount on the new Skills Development Ministry.

Another option is to share the costs with the state governments of enhancing the proportion of women in the civilian police at police stations to at least 50 per cent. Diversity in the police is a good way of safeguarding plurality and improving services.

The Modi Sarkar remains in touch with common aspirations. Many grand propositions, despite being fuzzy on details, meet the roar of popular approval.

Only intellectuals abhor hot air and delight in the art of subtlety. But even the average citizen feels the pain of economic deprivation and is the first to act on it. This is why they make fickle, cost-conscious customers—including for political options. Quickly generating jobs, which the average person can fill, is one way of easing the pain.