Mumbai Trans Harbour: The Link To A Promising Future 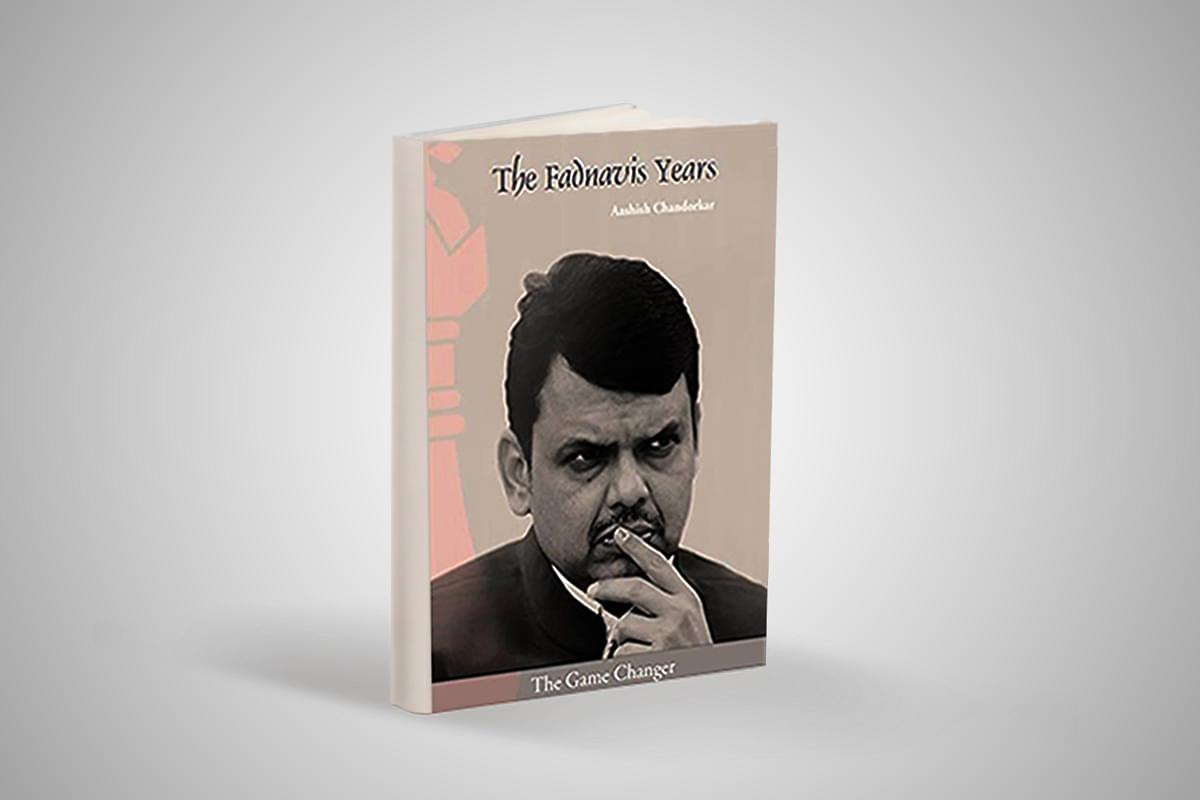 Cover of the book, ‘The Fadnavis Years’ by Aashish Chandorkar.

The upcoming Mumbai Trans Harbour Link is among the most ambitious infrastructure projects underway in India. Connecting Mumbai to Navi Mumbai, it will be the longest sea bridge in the country upon completion, and would significantly alter the face of India’s financial capital.

But that’s in the future. How did the link come to be? Who first thought of the idea? And why was it that only Devendra Fadnavis could get the project up and running?

These questions, among others, are answered in the excerpt below from Aashish Chandorkar’s The Fadnavis Years.

If the Mumbai Metro took 16 years to realise its first line, the Mumbai Trans Harbour Link has an even more chequered history. Wilbur Smith and Associates first proposed linking Sewri on the eastern shore of Mumbai with Uran on the mainland near the Nhava Sheva Port across the Thane creek in 1963.

Wilbur Smith, an American born in Columbia in 1911, who studied traffic engineering at Harvard and Yale, was an unlikely choice for making a Mumbai traffic plan. His firm Wilbur Smith and Associates, set up in 1952, had conducted some traffic studies in the United Kingdom. Based on those credentials, the government of India commissioned his firm to conduct a traffic study for the city of Mumbai. Over 1962 and 1963, Smith’s firm spent 18 months understanding the Mumbai traffic requirements and creating future projections.

His 1963 report to the Ministry of Transport of the government of India had a mention of a bridge connecting Uran to south Mumbai. Smith’s report did sound a cautionary note as he was not sure about the commercial feasibility of such a project – in those days, the Thane region was not as populated as it is today. While the old Vashi Bridge opened in the 1970s, facilitating the expansion of the Navi Mumbai region and easing the commute from Mumbai to Pune, the Uran Bridge – now the Mumbai Trans Harbour Link – went into cold storage, and stayed there for decades.

In 2004, the plans to construct the Mumbai Trans Harbour Link were revived. The state-owned Maharashtra State Road Development Corporation (MSRDC) and the private sector player Infrastructure Leasing and Financial Services submitted competing proposals to construct this link. For unspecified reasons, the state government junked the Infrastructure Leasing and Financial Services proposal, but did not take ahead the MSRDC proposal either.

In 2005, the MSRDC restarted the discussions, this time calling for formal bids from interested parties. Only a few bids were received, and they were all rejected for either commercial or technical infeasibility reasons. The private bidders sued the government agency, delaying the process for a couple of years. In 2008, new bids were called for by the state government. There were 13 interested parties initially. However, the tendering process conducted by the MSRDC eventually saw all parties backing out one by one. Another two years were spent in this process, with the project no closer to getting realised.

By this time, the infrastructure execution agencies in Mumbai were divided on political lines. The Congress party had the control of the Mumbai Metropolitan Region Development Authority (MMRDA), while the Nationalist Congress Party had control of the MSRDC given their respective reporting structures. Both agencies wanted to revive the project afresh. The turf war continued until 2011, when the state government decided to let the MMRDA take the lead.

Even then, the game of inter-agency ping-pong thrived. The MSRDC wanted the MMRDA to compensate them for the studies undertaken for the project. Additionally, in response to losing the project ownership, the MSRDC proposed adding new lanes to the new Vashi Bridge. In swift retaliation, the MMRDA refused to allocate funds for this project because it would ostensibly reduce the commercial attractiveness of the Trans Harbour Link.

Once the MMRDA strengthened its hold on the Trans Harbour Link ownership, a fourth revival ensued in 2011. Fresh reports were sought from consulting firms on the technical and commercial feasibility. The government of Maharashtra approved the project in December 2012. The project required a new clearance from the central Ministry of Environment and Forests, as the previous clearance valid for five years and obtained in 2005 had lapsed.

In 2011, the government of Maharashtra had passed a new coastal regulation zone notification, specifying terms of construction along the mangrove-dominated eastern coastline of Mumbai. When the Trans Harbour Link project was revived amidst a lapsed environment clearance, the biodiversity and environment activists cited the state’s own 2011 notification to stall the project. This created a new set of problems for the MMRDA. After protracted negotiations with the central Ministry of Environment and Forests, the agency finally got the environmental approval in October 2012.

Another hurdle was the costing of the project. The MMRDA wanted a higher internal rate of return to be assigned for the project given the complexity and the risks involved, which the central government was resisting. It was January 2013 by the time all financial clearances were obtained. The central and state governments then proceeded to allocate their share of the investment for this public-private partnership project.

By August 2013, however, it was clear that no bidder wanted to share the financial burden earmarked for the contracting party. The state government then started looking for new funding options and in January 2014, the Japan International Cooperation Agency or JICA agreed to fund part of the project. This was the time when the Lok Sabha polls were announced and the urgency on the part of the central as well as the state government significantly diminished.

The Devendra Fadnavis war room revived the project in 2015. Two crucial state and central clearances were obtained between November 2015 and January 2016. In February 2016, funding from JICA was secured subject to some design changes and construction standards to be followed. The central government readily stood counter-guarantee for the JICA loan.

JICA agreed to fund 80 per cent of the cost at a concessional rate of interest and the remaining 20 per cent came from MMRDA and the state government. The JICA agreement with MMRDA for the funding was signed in May 2016.

The MMRDA floated tenders for the project the day after the JICA funding agreement was signed. By December 2016, the MMRDA had shortlisted an initial set of contractors. It then started obtaining construction permissions and security clearances as the project was located near a sensitive naval port and nuclear research facilities. Prime Minister Narendra Modi laid the foundation stone for the project in December 2016.

Fifty-three years after conception, after four attempts at tendering over 12 years, and 15 chief ministers since the Smith report, Fadnavis had finally managed to get all boxes ticked to launch the project. After a detailed bidding process, the chosen contractors started work on the Trans Harbour Link in 2018 and will take up to five years to finally complete the iconic bridge.