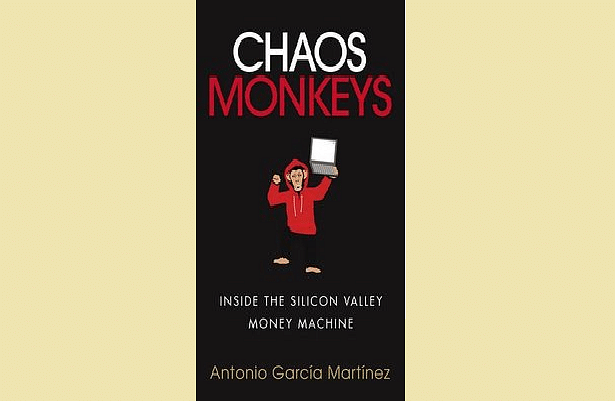 As a long-time foot soldier in India’s software industry, I had often wondered why India’s big-brand IT companies with literally lakhs of software developers could never ever come out with a single blockbuster product like WhatsApp, or Skype. It could not be that Indians were dumb—after all our very own Sabeer Bhatia from BITS Pilani had created Hotmail, precursor to Yahoo and Gmail, but why was it that he had to go the Silicon Valley to be able to do it?

What is there in the air and water of California that it causes products to sprout in every other company there?

Chaos Monkeys talks about the factors, the issues that seethe in this cauldron of chaotic creativity—issues that managers in Indian software companies, thrashing around in business-as-usual, BAU, challenges of bench, attrition and utilisation will never know. This 500-page corporate thriller takes the reader right into the frontlines of Silicon Valley as it narrates how the author quits an old economy job at Goldman Sachs in New York to join a start-up in California, quits the start-up to start his own start-up, which he then sells to Twitter, while bailing himself out to join Facebook and then gets sacked after falling foul of Zuckerberg’s inner circle of cronies even though he had delivered an excellent product—and all this in just five years, 2008-2013.

Chaos Monkeys stands out from the general run-of-the-mill management books because it contains nuggets of hard facts and searing insights embedded in the actual story of software product development. For example, “What’s it take to do startups? It certainly isn’t intelligence…It certainly isn’t technical skill…It’s not unique product or market vision…(It’s) First, the ability to monomaniacally and obsessively focus on one thing…at the expense of everything else (including family)…Second, the ability to take and endure an endless amount of shit.”

Martinez has a way of pulling back the covers to reveal how the legends of Silicon Valley are no different from many old-world ancients and in this, two examples stand out. First, as he listens to Zuckerberg rallying his troops before the Facebook IPO, he realises that “The People’s Republic of Facebook is no different from National Socialism,…Bolshevism, Islamic State, Crusades…because it depends on the founders’, or revolutionaries’ narcissistic will to power and the mass man’s desire to be a part of something bigger than himself”. What is worse is that like medieval serfs, employees cannot walk away from the tech industry because they are bound by chains of loans to an expensive lifestyle that is unaffordable elsewhere. Second, both Facebook and Goldman Sachs, the two companies where he spent the most time, “would always aim to create monopoly pricing power and maintain information asymmetry rather than drive true innovation. If (they) played with the outside world, it was always played with the loaded dice.”

In August, two partners from Y Combinator (YC) touched down in Bangalore to take a look at start-ups here. This is the same company that helped propel the author’s start-up right from the idea stage, through seed funding, defending against hostile court cases to its eventual “sale” to Facebook and Twitter as described in very great detail in this book. Those who have an interest in the start-up ecosystem in India will find this book to be an invaluable manual on how companies like YC operate and one that guides them past the treacherous shoals and rapids. Software professionals in India who have only seen giant companies like Infosys and TCS delivering back-end services with hordes of, what is unkindly referred to as, white-collar coolies, will understand what it means and what it takes to deliver high-value, high-margin products.

Since the author’s product was all about online ads, another important takeaway from this book is a detailed explanation of how online advertisements are created, targeted, auctioned and delivered on the internet. Eventually, it is these ads that pay for all the free goodies that we get from the giant internet companies and the process is not fundamentally different from the trading of securities that the traditional economy is so familiar with.

Net-net, this is a book that is dense in detail and yet a pleasure to read. If you have an interest in the new age economy based on the internet, I suggest that you grab a copy and read it. It will be well worth the time.