Nipah Lessons: What Kerala Can Learn From The Outbreak 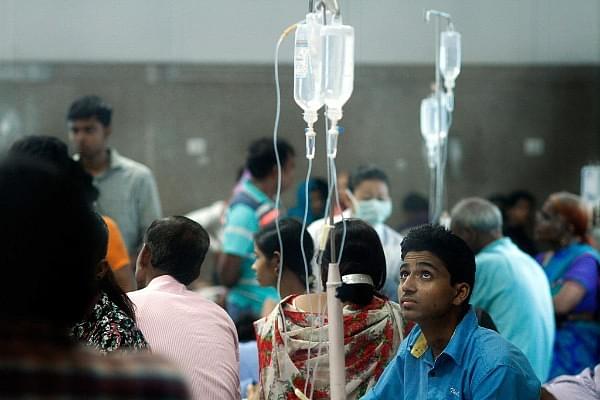 As the drama surrounding the Karnataka assembly election results was at its peak, neighbouring Kerala came into national spotlight. Reports of a deadly Nipah viral infection came in from the Perambra region of Kozhikode district. The Nipah virus, named after a village in Malaysia where the disease first appeared, is highly fatal with a fatality rate of around 54 per cent.

The origin of the virus is still unclear at the time of writing this article, but the strain of the virus has been confirmed to be of Bangladeshi origin, rather than Malaysian. Patient zero of this communicable disease was 23-year-old Mohammed Sabith. His brother, Mohammed Salih, was the second person to be infected. The confirmation that the virus was indeed the killer came only on 20 May, but the health department in Kerala had already swung into action. When the confirmation came, the state mobilised teams of medical professionals, and put isolation protocols in place. An early diagnosis of the disease meant that the health department had its work cut out easier.

There were still two waves of infection to contend with, and more than 2,000 people under observation, those who had come directly or indirectly in contact with patients at the Perambra Taluk Hospital, Kozhikode Medical College Hospital and Balusserry Taluk Hospital. The virus has no vaccine or drug known to be directly effective against it, making recovery from the disease very difficult. In its Kerala outbreak, it killed 17 of the 19 infected.

Healthcare professionals in the state worked overtime to contain the disease, with the story of Lini Puthusserry, a nurse at Perambra Taluk Hospital, drawing more than a tear. The mother of two had come into contact with the virus during her work at the hospital. “Sajeeshetta.. am almost on the way... I don’t think I can meet you again... sorry... please take the... the little ones to Gulf. Don’t be lonely like our father... with lots of love and... kisses...”, were her last words.

As with any other contemporary event, the outbreak of the Nipah virus led to various social media rumours and hoaxes. The health department had to step in more than once to quell such rumours.

Meanwhile, a sense of eerie calm descended on Kozhikode, the city closest to the Nipah outbreak. Public transportation to Perambra and Kuutiyadi was suspended voluntarily by private bus operators in the last week of May, and the normally busy streets of Kozhikode remained mostly deserted.

While the state’s health department deserves praise for its remarkable response to the virus outbreak, questions still remain about the decaying nature of Kerala’s public healthcare infrastructure. The state is number one in almost all parameters of healthcare with large investments in developing a thorough primary healthcare centre network and medical colleges.

However, over the course of the last 10 to 15 years, the planned infrastructural development and institutions have fallen through. To confirm that the virus was indeed Nipah, for example, the samples had to be sent to the Manipal Centre for Viral Research in Karnataka, while the state virology institute in Alappuzha didn’t have a director, virologists and funds. The state, which has among the lowest doctor to population served ratio, still experiences a shortage of doctors, especially in taluk and primary health centres. Strikes are common in the healthcare sector, like any other industry in Kerala. A four-day strike by government doctors in April threatened to shut down the state’s public healthcare network.

The Nipah virus outbreak happened just weeks before the monsoon, and thankfully so. The monsoon season is also a fever season in the state, with around 10,000 to 15,000 cases of dengue reported during the 2017 monsoons alone. These problems can be attributed to the lack of proper waste disposal mechanisms, especially in urban areas. Many state hospitals themselves face a crisis in waste disposal. None of the state municipalities were able to break into the top 10 or 20 of the Swacch Bharat Abhiyan rankings, and the overall performance was dismal.

The state’s private healthcare industry has flourished in the meantime. A majority of people in the state relies on private healthcare providers, and private medical college seats outnumber government MBBS seats. Those candidates who don’t clear the state’s medical entrance examinations have increasingly sought admissions outside India, with China being a popular destination.

Firstly, there is the problem of fee regulation of private medical colleges and how many merit seats are to be allotted. Despite the enormous sum paid by students (merit students had to pay Rs 11 lakh) as fees, they face a lack of qualified teachers, and poor infrastructure. Private colleges were alleged to have managed faculty shortage by appointing ‘ghost faculties’ for one day during checks by Medical Council of India (MCI)

Twelve medical colleges – 10 private and two government-owned – face a dire situation. Their infrastructure and faculty have been found not complying with the regulations, and have been denied the licence to admit students this year by the Union Ministry of Health on the recommendation of the MCI. A World Health Organization study estimated that about one-fifth of the state’s doctors move out, seeking greener pastures.

There are a lot of lessons that Kerala has to teach other states about improving the healthcare sector. But Kerala itself has a lot of lessons to learn from the Nipah virus outbreak, and they must be learnt quickly. There needs to be a rethink on the current public health policy in the state. Kerala’s current healthcare policy emphasises on government spending on public infrastructure and staff. That model may no longer be sustainable, considering the state’s revenue deficit, staffing and infrastructural issues.

On the bright side, the state government has already decided to combine the various central and state insurance schemes into one comprehensive healthcare plan. What happens in Kerala’s healthcare scenario in this regard, would also be guided by the Union government’s own policy, particularly in the light of Ayushman Bharat Yojana, Narenda Modi government’s flagship healthcare scheme.

The state’s health ministry and its medical professionals deserve due credit for their response to Nipah and its containment. But there are long term issues that need to be sorted, and it is time we woke up to the reality that all is not well.