‘No First Use’ Doctrine: India Will Inevitably Have To Respond To Contemporary Challenges 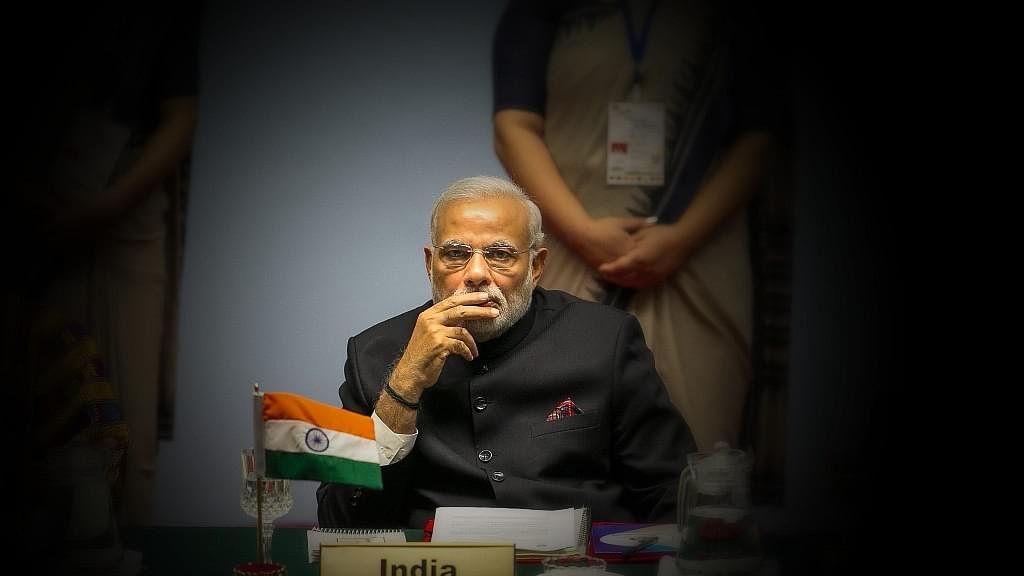 An interesting debate is taking place in India on the future of its nuclear doctrine. A number of factors have added a new sense of urgency to this debate – a centre-right government in New Delhi that is not shy of dramatically recalibrating Indian foreign and security policy, growing concern among Indian strategic thinkers that Pakistan’s reliance on tactical nuclear weapons as well as the Pakistan-China collusion is rapidly closing India’s room for maneuverability and an ongoing power transition in the Indo-Pacific whereby the Trump Administration is indicating that it may not be averse to new nuclear powers emerging in Asia.

Though the Modi government has so far not proposed any change in the doctrine of the No First Use (NFU) policy on which India’s declaratory nuclear doctrine is based, it had promised in its 2014 election manifesto to “study in detail India’s nuclear doctrine, and revise and update it, to make it relevant to challenges of current times.” Manohar Parrikar, who till a month back was India’s Defence Minister, has questioned the NFU policy on nuclear weapons, asking, “Why a lot of people say that India has No First Use policy... I should say I am a responsible nuclear power and I will not use it irresponsibly... And as an individual, I get a feeling sometime why do I say that I am not going to use it first. I am not saying that you have to use it first just because you don’t decide that you don’t use it first. The hoax can be called off.”

Lt Gen B S Nagal who served as India’s Strategic Forces Commander (2008-2010) and, after his retirement, as head of a nuclear cell within the Prime Minister’s Office, has suggested that “NFU implies probable large scale destruction in own country, whilst a feeble argument can be made of limited strikes by the adversary on Indian forces in the adversary’s territory.” He goes on to suggest that “NFU policy cannot conduct a first strike on the adversary’s counterforce targets, thus allowing the adversary full capability to attrite own capability.”

But what has really set the cat among the pigeons is a recent book by former national security advisor Shiv Shankar Menon where he writes: “There is a potential grey area as to when India would use nuclear weapons first against another NWS (nuclear weapons state). Circumstances are conceivable in which India might find it useful to strike first, for instance, against an NWS that had declared it would certainly use its weapons, and if India were certain that adversary’s launch was imminent.”

This has led some to argue that there is a doctrinal shift happening whereby India may abandon its NFU policy and launch a preemptive strike against Pakistan if it feared that Islamabad was likely to use the weapons. This is being viewed by many in the West as a seismic shift in India’s nuclear posture, one which may have significant consequences for South Asian strategic stability.

There are two problems with this deduction. First, random statements from officials do not a policy make. This is especially true of Indian nuclear policy which has traditionally been the domain of the nation’s Prime Minister. Till date, the government in New Delhi or the Prime Minister’s Office has not indicated that any such shift in Indian nuclear thinking is underway. In fact, it would be highly illogical for New Delhi to go in for such a shift at a time when it is working so hard diplomatically to join the Nuclear Suppliers Group. Such a move could potentially harm India’s credentials as a responsible nuclear power.

Second, Shiv Shankar Menon is not a member of the present government. In fact, his book is about his time in office during the previous UPA government led by Manmohan Singh. His claims, if accepted, would lead one to conclude that there is nothing recent about this thinking. Indian policy-makers cutting across the ideological spectrum have been trying to grapple with Pakistan’s adventurous foreign policy for years now. In fact, Menon’s book talks of Pakistan’s nuclear shield permitting it to undertake terrorist attacks on India without fear of retaliation, a key variable that is resulting in new ways to look at Indian posture.

As Menon writes, “Pakistan’s nuclear shield permits Pakistan to undertake terrorist attacks on India without fear of retaliation. This may well have figured in the Pakistan Army’s calculations behind the Mumbai attack of November 26, 2008.” Menon’s use of the phrase “comprehensive first strike against Pakistan” in a scenario where tactical nukes are used by Islamabad is not out of context; it is rather one possible alternative to reinforce India’s retaliatory nuclear posture. The logic behind the rhetoric of preemption of an imminent Pakistani nuclear strike also serves the same purpose.

Despite this unease about Pakistan and the growing China-Pakistan axis, the debate on the Indian nuclear posture has only just begun. It has by no means settled down where we can claim a seismic shift is in the offing. As India rises on the international ladder, one cannot expect it to be bound by considerations which made sense a decade earlier, especially when it faces trigger-happy nuclear neighbours. Such nostalgia submits to no strategic logic, even though a few nuclear analysts who consider India’s changing nuclear behaviour as a threat to strategic stability and an ominous precursor to arms races in the region may feel disappointed. These sermons, as Menon argues, “sounds to emerging powers like an attempt to continue an untenable status quo by those who designed and manage the present security order in Asia.” In short, India would not always act as a “status quoist power.”

The Indian nuclear doctrine was articulated in 1999 and it certainly needs to be reviewed. The restrained nature of India’s nuclear behaviour paid many dividends including the Indo-US nuclear deal. In fact, the responsible nature of India’s nuclear behaviour was one of the major arguments in favour of the deal. That functional requirement is not so pressing in the present context, however. The post-2008 trajectory of India’s nuclear arsenal has rather been expansive without the threat of adverse reactions primarily from the US. India’s sea-based nuclear deterrent or its ICBM capabilities have been accepted as a natural corollary of India’s nuclear weapons programme. India’s emergence as a major power in international politics coupled with the changing geopolitical balance of power globally has helped India’s cause. All doctrines require regular reappraisals and Indian nuclear doctrine will inevitably have to respond to contemporary challenges. But just because a debate has emerged doesn’t imply a policy change one way or another.

And this is where both past and present Indian governments have been at fault. They have allowed multiple voices to drown out official policy. The Modi government needs to articulate the nation’s nuclear doctrine once again, clearly and categorically, both for its friends and adversaries. New Delhi should be the place from where the nation’s nuclear posture should emerge, not from Washington and London.