Obama’s Report Card: What He Achieved And Where He Failed 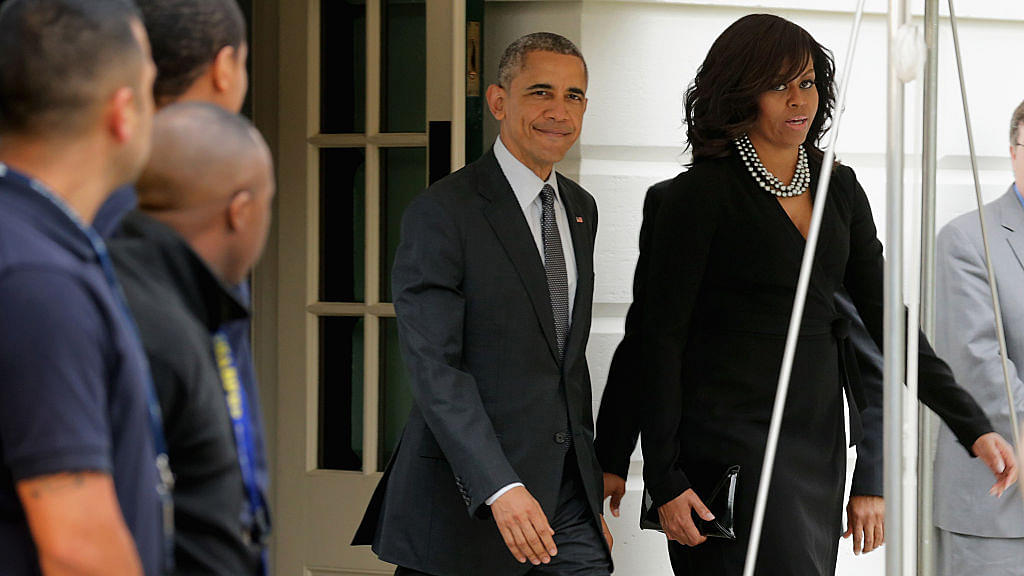 AFTER ONE OF the most bitter election campaigns in the history of the United States, the 54-year-old 44th President with almost a 60 per cent approval rating transferred power to the 70-year-old 45th President with the lowest public approval rating of less than 45 per cent at exactly 12 noon on January 20, 2017. The Obamas took their last flight on Air Force 1 to a vacation in Palm Springs in California, and have not been heard of since. Thatís the way an ex-President makes way for a new one.

Now that Americans have seen the new President for over a month, many cannot help but compare him to his predecessor. People started protesting against Donald Trump all across the country right after the election results were announced, as they feel that he stole the election from Hillary Clinton who had won two million more popular votes than him. But presidents are elected on the basis of winning 280 electoral votes. So Trump won the election handsomely and convincingly. But his opponents, quite simply, do not want him. Some congressmen and senators have even started talking about introducing a bill to remove the two-term limit for presidents so that Obama can contest again in 2019.

Compared to Obama, Trump certainly comes across as crass. There have been quite a few blunders since he started signing one executive order after another without thinking it through. Not a single executive order signed by Obama ran afoul of any law, whereas Trumpís travel ban order was dashed by a federal circuit court judge. It has the chances

of going all the way to the Supreme Court. His own Supreme Court nominee Judge Neil Gorsuch has said that he was disheartened by the order that is bound to demoralise the judiciary. The new administration should have handled the executive order with extreme legal scrubbing. Trump does not seem to have realised that he cannot go about running the presidency in campaign style.

Obama, in his farewell address in Chicago shed tears for the opportunity he got to serve as President, and said this made him a better man. There were plenty of teary eyes too in the audience. Perhaps, Obama will be remembered as a thorough gentleman. He was hardly a flawless President, but certainly an elegant person supported by an equally elegant first lady Michelle Obama. His daughters were too young when the family entered the White House, and now they have become teenagers, but the family never gave any reason for public derision. Indeed, the first black family in the White House conducted itself most admirably. This must have irritated Obama’s detractors and political rivals. There was no whiff of any impropriety or scandal, political or personal. An accurate assessment of his presidency can only happen in the decades to come. Right now, one can only list all that he did and did not do.

As is true for most Presidents, Obamaís legacy is mixed. No President can do everything right or get everything wrong. He was a realist. While accept-ing the Nobel Peace Prize on December 10, 2009, he promised to wage war only if it could be morally justified. He retired from the White House as neither a pacifist nor a warmonger. He was supposed to have withdrawn all US troops from war zones during his term, but did not do so. However, he refused to put US boots on the ground in Syria, and the result is that the conflict with ISIS is dragging on interminably. His tally of casualties to drone strikes in Pakistan, Somalia and Yemen runs to 2,581 combatants since 2009. He failed to close the Guantanamo Bay prison and blamed it on Republican congressmen. Obama hoped to be a transformational leader just like many others, but with little success. Trump has promised to make America great again, and let us see what he does.

Obama left office a frustrated man be-cause the Republicans never let him have his way in anything. Obama could not tilt America towards the left from where Ronald Reagan had turned it to the right more than 35 years ago. He had a better chance to overthrow Reaganism than his last Democrat predecessor Bill Clinton, but missed the bus. For all the opprobrium Obama received as a ìsocialist,î a left-wing social movement failed to take off in support of him, but the right-wing movement did, all over the world.

Currently, Republicans control both the White House and the Congress, and the Democrats are rudderless. But it remains to be seen how long the new political dispensation in Washington DC lasts. Trump is not a committed Republican and Republicans donít trust him, and conservative Republicans donít like him at all. Trump has ascended to office with a seriously fractious party. He looks to be a disjunctive leader.

The first thing that the new political order in DC is itching to do is to dismantle the Affordable Care Act aka Obamacare, the first public health reform law in a century. This was Obamaís landmark legislative success. Republicans never liked it and have been promising to repeal it ever since it was passed. Trump campaigned on the promise to repeal Obamacare. But neither the Republicans nor Trump have proposed a good replacement although Trump has promised healthcare for everyone, whatever that means. If Obamacare is dismantled without a replacement, almost 30 mil-lion people will be dispossessed of their healthcare protection. Now Trump has begun to say that whatever good that there is in Obamacare will be retained.

Obama led the United States out of the recession and oversaw the creation of almost 10 million jobs. He recharged the auto industry, re-established diplomatic ties with Cuba, shut down Iranís nuclear programme, and took out the master-mind of 9/11. But he also ran up a debt of $18 trillion.

Some of the glaring mistakes for which his party paid the price was not closing Gitmo, not being able to bring back all the troops, and for pushing ahead with what many call his socialistic policies. Americans do not want America to become a socialistic country like Europe. Conservative and blue-collar whites hated him for losing their jobs as companies moved their manufacturing overseas. Trump has promised to bring manufacturing jobs back and threatened companies moving overseas with having to pay a 35 per cent importation tax. The election of Trump is definitely a backlash against Obama’s socialist outlook. America is not the only nation to turn right; many other countries of the world have also started to turn right as a result of what a nanny state can do to upset their culture and religion. By far, Obama was not a true socialist of the kind one saw in former Soviet Union or even in Europe, but that’s how he was painted and it stuck. Repeated lies really stick. Right wingers punished him by voting for Trump. They also punished Obama for campaigning so vigorously for Hillary Clinton. The saying was, if you have Obama as a friend on your side, you don’t need enemies. One can also attribute Hillary’s defeat to the promise of a third term for Obama as she was going to continue many of his policies whereas the right wing wanted to dismantle everything Obama had built. A sort of revulsion to Obama had evolved that resulted in the defeat of the Democrats.

Obama is a great public speaker, but failed as a communicator, unlike Reagan. Obama was professorial and brainy, but brawn is what conservative right wingers like. Obama came to office without much political training. He was a rookie senator from Illinois who had not finished even his first term in the Senate. He had no understanding of budget, and very little administrative acumen. But he had plenty of courage and commitment. He failed because congressional Republicans had a one-point agenda to not support any of his legislations. They would have been very happy if he had just resigned and run away. Obama had to resort to executive orders to run his office. By one account, he signed 923 executive orders. This infuriated the Republicans, but they had left him with no choice. One irritant after another nearly paralysed his governance. However, Obama must be credited for accomplishing as much as he did against such a vehement opposition.

In the end, Obama turned out to be a good human being and a decent President. To understand his character, one only needs to read his farewell speech, and a letter he left on the Oval Office table for his successor. He will be missed, but thatís the price one has to pay to live in an orderly democracy.