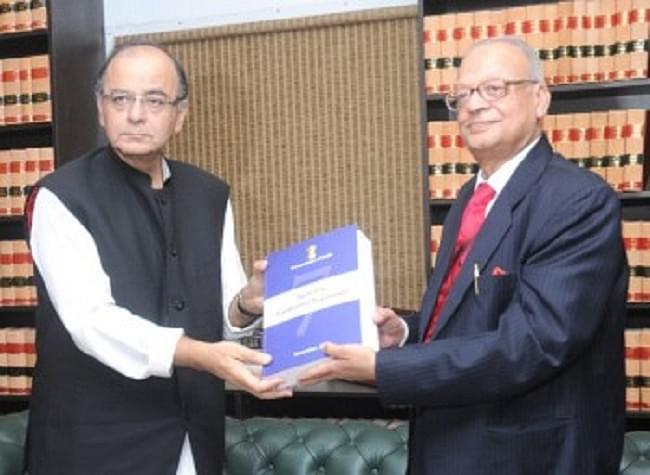 The effect of the OROP and the 7th Pay Commission award may not be as worrying and negative as was initially feared. How should the government factor it into Budget 2016?

The Union budget 2016 is being drafted in the backdrop of a major development, which will not only influence the Budget numbers but will also have an impact on the Indian economy as a whole.

The government has agreed to fulfill a long-lasting demand of ex-servicemen on one-rank-one-pension (OROP). In its report submitted to the Government, the Seventh Central Pay Commission has also recommended the same structure for non-services pensioners as well. The Pay Commission has proposed an increase of 23.55 per cent in the pay packet (salary and allowances) of central government employees and pensioners, which will become effective from 1 January 2016. The pay-out is expected in financial year 2016-17.

Although the Pay Commission’s recommendations are applicable only to central government employees, all state governments constitute similar pay commissions and revise the salaries of their employees. This is then invariably followed by pay revision of urban local bodies and central and state public sector undertakings. While pay commissions are a common feature in India, they exert considerable stress on not only central government finances but also on the finances of state governments, urban local bodies and public sector enterprises (central and state).

A major difference between the previous pay commissions and the Seventh Pay Commission is that there will be minimal lag between the date on which the award was announced and the day from when it is to be implemented. As a result, the size of the arrears to be paid will be much less compared with the pay-outs of the Fifth and Sixth Pay Commissions, when the time lag was longer. The impact of the arrears of the Sixth Pay Commission was so onerous that it was spread over two fiscal years—2009-10 and 2010-11.

The timing of the last two pay revisions (Fifth and Sixth Pay Commissions) coincided with a slowdown in growth, and fiscal expansion pulled down the growth trajectory further. However, at the moment, the growth outlook of the Indian economy is looking positive, with a gradual improvement.

The fiscal implications of the Seventh Pay Commission award will, no doubt, be a source of worry, but there could be other positive fallouts which may mitigate this impact.

The Seventh Pay Commission award will certainly be a great demand booster for the economy, which is currently reeling under both a consumption and an investment slowdown. Both central and state government revenues are expected to get a boost from the implementation of this award, as a sizeable amount of the outgo in the form of pay will get ploughed back to government coffers in the form of income tax. Besides, with more money in their hands, people are going to spend and this increased consumption will directly add to the excise/VAT collections of central and state governments.

In addition, it will give a push to the corporate sector’s top line and, following from that, the government’s corporate tax collections. After factoring in the share of the state governments in increased tax collection (direct and indirect), the net impact on the central government exchequer will be lower at 0.68 per cent of GDP.

Yet, at a time when the government is pursuing the path of fiscal consolidation, this will pose a serious challenge for it in terms of not deviating from the medium-term fiscal deficit targets, as announced in the 2015-16 Budget.

After sharing of central taxes with state governments, the central government’s net tax revenue will increase by Rs 21,000 crore in 2016-17. The consumption boost to the economy is estimated to be approximately Rs 61,260 crore (0.39 per cent of GDP) and increased household savings are estimated to be another Rs 40,840 crore (0.26 per cent of GDP). This will add to the savings-to-GDP ratio which, after reaching the peak of 36.8 per cent in 2007-08, declined to 30.1 per cent in 2012-13. This is also important from the point of view of the widening gap between savings-to-GDP and investment-to-GDP ratio which was reflected in the higher current account deficit.

The demand boost to the economy will not end at increased salaries and pension of the central government employees. Salaries of employees of state governments, urban local bodies, central and state public sector undertakings, autonomous bodies and universities will also be revised in 2016-17 and 2017-18. The demand boost to the economy as a result of the revision in the salaries/pensions of all these employees is likely to be at least four times that arising out of the Seventh Pay Commission’s award.

A pertinent question to be asked here is: what will be the impact of these increased salaries on inflation? Although inflation based on the wholesale price index (WPI), reflecting movement of wholesale prices, is in negative territory, the deflation is slowly waning and it is expected to be in a positive zone in 2016. Inflation based on the Consumer Price Index (CPI) or retail inflation is trending upward, but it is still in the Reserve Bank of India’s comfort zone. The major drivers of CPI-based inflation are the uptick in food inflation, and the decline in WPI-based deflation is to do with fuel prices falling.

The increased salary and pension is expected to mainly boost demand for consumer durable goods and other manufactured goods and not so much demand for food. As of the first quarter of 2015-16 (April-June), capacity utilization in the manufacturing sector was 71.5 per cent and this has been trending downward from 2011-12. This means that factories are working to only 71 per cent of their capacity. A rise in demand for manufactured goods is likely to not only increase capacity utilization, but may also help revive the investment cycle earlier than expected, as industry will start investing again, since it knows there will be demand for the goods it produces.

Both wholesale and retail inflation are likely to move up due to issues related to food inflation (the rising prices of pulses is one area of worry, and there are others) and services, but it is likely to be muted due to deflation in commodity prices and the availability of excess capacity in several manufacturing sectors.

So the effect of the OROP and the Seventh Pay Commission award may not be as worrying and negative as was initially feared. It will be interesting to see how the government looks at the negative and positive fallouts and factors it into Budget 2016.