Perils And Puzzles Of Personalised Pricing 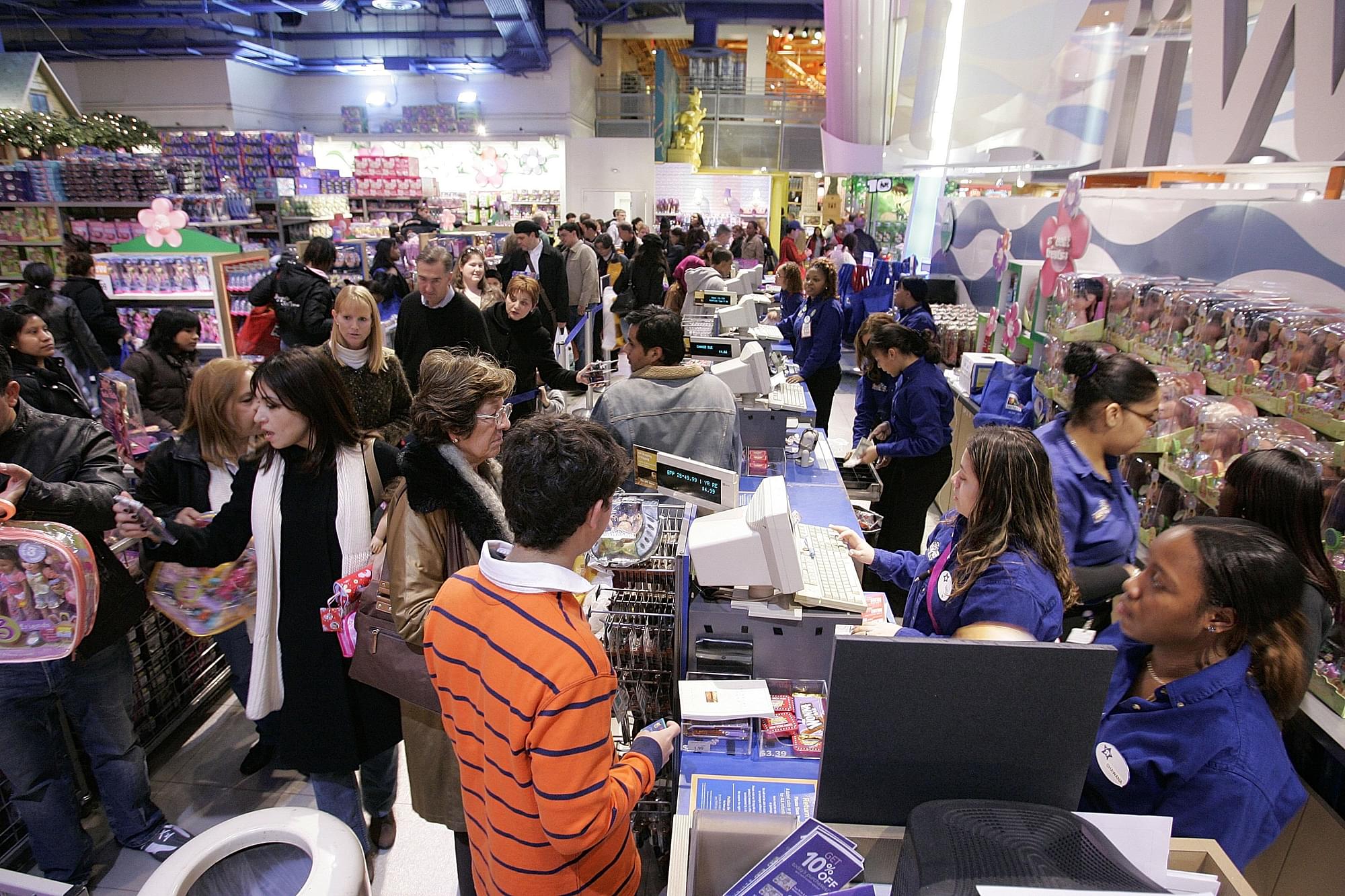 Shoppers at a store in New York City. (StephenChernin/Getty Images)

The increased availability of private consumer data in the hands of technology companies and e-retailers offers immense potential to personalise products and services. Along with this wave comes the next big thing called ‘personalised pricing’. Personalised pricing is a significant innovation that takes down the 150-year legacy of standard price tags for a good or a service.

Credit for the use of price tags goes to the retail pioneer John Wanamaker, who, in the 1870s, purchased a former Philadelphia railroad depot and started a clothing retail store. Prior to that, pricing was always individually negotiated between the buyer and seller using various forms of haggling. The price tag revolution has since then shaped consumer shopping behaviour.

If consumers of a product have their maximum willingness to pay (WTP) spread somewhere between Rs 100 and Rs 1,000, then most retailers work out a decent cut-off point of say Rs 250 to price their product, such that a vast majority of the market purchases it at static price. This static pricing regime has withstood the storms of innovation until now; but its future is suddenly looking bleak.

Somewhere in the 1970s, came along dynamic pricing, where different segments paid differently for availing the same product or service. Customers here were segmented based on their time of purchase. Some examples are airline tickets, hotel rooms, happy hours at bars, or discount sales on Wednesdays etc. But the key is customers could still self-select which segment they wanted to be in. For instance, even business-class customers could avail cheap airline tickets if they planned their business trip sufficiently well in advance.

Naturally, technology companies such as Amazon and Google are taking the lead when it comes to experimenting with personalised pricing. However benign the term personalised pricing may sound, is it really fair to the consumers, especially when their ability to self-select a purchase is taken away from them? Are there ethical issues in this model, far beyond the economics of trading?

Way back in 2000, when Amazon was the lone big e-retailer in the town, a customer noticed that he could buy a DVD for $4 lesser if he deleted cookies in his browser. This became a national controversy and Jeff Bezos had to personally apologise and gave away thousands of refunds. This was way before the days of social media. Such an outcry today amplified over social media would have sent Amazon’s stock prices crashing.

But the world has since moved on, and today, the core shopping base constitutes the 1990s and millennial kids. Tech companies argue that the current generation does not share the same privacy concerns of older generation and are happy to share and let companies use private data, in return for more personalised discounts and offerings.

One of the most systematic live studies on personalised pricing was done by an online human resources staffing firm Ziprecruiter in partnership with professors from Chicago Booth School. This company was charging a flat fee of $99 for any sourcing request.

After a series of experiments, they discovered that they could double the average price to $199 (personalised pricing in the range of $19 to $399) and generate far more revenues than they ever previously earned. They lost a few customers, a few grumbled, but most were satisfied and their revenues grew significantly. Their background algorithm used a significant amount of private customer data to personalise the price.

The success of this experiment and the reluctant acceptance of surge pricing tactic of Uber without much complaints or regulatory hurdles have excited tech companies and e-retailers on the possibility of shifting to personalised pricing. With the amount of private customer data in the hands of tech firms and e-retailers, it is not a matter of if anymore, but just when.

Personalised pricing is as close as one can get to what is called first degree price discrimination in economics. In this concept, every customer receives a personalised price that equals his/her maximum WTP. This model is called efficient in economics because no one is left out and the entire producer/consumer surplus is monetised.

For example, if consumers are spread over their WTP for an ice-cream from Rs 2 to Rs 50, and if the retailer sets the price at Rs 15, then no doubt some portion of the market will be unable to purchase the product, but many customers enjoy consumer surplus to the tune of difference between their true WTP and Rs 15.

This inefficiency goes away with personalised pricing because all customers can enjoy the ice-cream and pay at the level of their true willingness to pay. It is also welfare maximising because the rich pay more and the poor pay less, and finally everyone gets to avail the offering.

But first degree price discrimination has always remained a pipe dream because determining maximum WTP is almost impossible, and no customer in his sane mind would ever want to reveal that. With the power of private customer data and advanced machine learning algorithms, companies are now closer than ever before in determining this crucial piece of information.

Proponents of personalised pricing argue that such a model should be welcomed by the society because it is fair, efficient, and welfare maximising. They dub the naysayers as bigoted cry babies, who have higher WTP and are refusing to give up their consumer surplus for the welfare of the broader society.

But the opponents of personalised pricing have multiple viewpoints. The first is the legal issue involved in using demographic aspects such as race, gender, religion, education, and age to discriminate customers.

Recently, a California court outlawed the practice followed by a dating app of match group that charged older customers higher prices on the grounds of age.

Similarly, race or religion-based discrimination is outlawed in many countries including India. But if you ask the tech companies, they argue that they use these demographic variables only as a proxy for determining the customer’s true WTP, but they don’t indulge in any discrimination.

For example, the WTP for a Hindu traveller flying over Diwali weekend is likely to be far higher than someone belonging to another faith, but the religion of the passenger is only a proxy for his WTP. It is not clear what stand the courts will take on this issue, but tech companies know that this territory is a legal quagmire.

The second issue is the fairness concern raised by consumer rights protection groups on whether it is fair to indulge in opportunistic behaviour. For example, there was tremendous outcry when the dynamic prices of various essential products like water bottles went up in the affected regions during hurricane Katrina in America. It was a natural calamity leading to a spike in demand for essential products and how fair was it for the companies involved to exploit the situation? Tech companies argue that all they can do under such a shortage situation is to efficiently allocate the goods based on customer’s WTP.

The third issue is the ethical concern of unequal bargaining power. Today, tech companies know far more about consumers than consumers can independently research about competing offerings, despite the availability of Internet search engines. The difference lies in computing power and algorithm sophistication. Hence, consumers are far more likely to be exploited in a take-it-or-leave-it offer, especially when they suffer from varying degrees of inertia in brand switching.

The only way to address this issue is to make the market more competitive so that customers do not suffer from monopsony prices. For example, regulators can mandate sharing of private customer data among the players or become the custodian of all such data to create a level-playing field.

But the larger issue is the one involving consumer psyche. Over the past 150 years of the price tag era, we have grown believing that there exists a fair market price for a product or service that is static and is equal to everyone.

No customer can stomach the feeling that he/she paid Rs 100 more over someone else for purchasing the same product. He/she would feel betrayed leading to bitterness against the seller. The hardest part is changing this psyche; no matter what economic theories have to say. Tech and product companies are aware of this issue and they know that consumer loyalty, referrals, customer life-time value etc, would suffer big time if such bitterness is created.

To compound the problem, it is the richer consumers with higher WTP who are short-handed and they often are the most valuable customers to the company. Companies argue that uniform prices do not exist in the market. People pay different prices to avail the same education by a mix of scholarships and funding support. People already pay differently to avail taxi and auto rickshaw services.

But there are two issues with that argument.

Firstly, differential prices are prevalent only in customised services, where it is hard for consumers to compare the offerings. It is not so easy to extend this model to products and standard services.

There is another challenge that companies are wary about that customers will start to fake the information they supply, or create multiple online avatars to game the system. This is another factor that is keeping personalised pricing still a little bit away from reality.

But whatever be the outcome of all these technical, legal and ethical dilemmas, it is clear that personalised pricing is here to stay. The job of regulators is going to get that much harder in order to protect consumers from being taken for a ride. However cruel this may sound, all we as consumers can do is brace ourselves for a new era of shopping, where the price tag will be dead and consumer surplus will be an empty vessel.