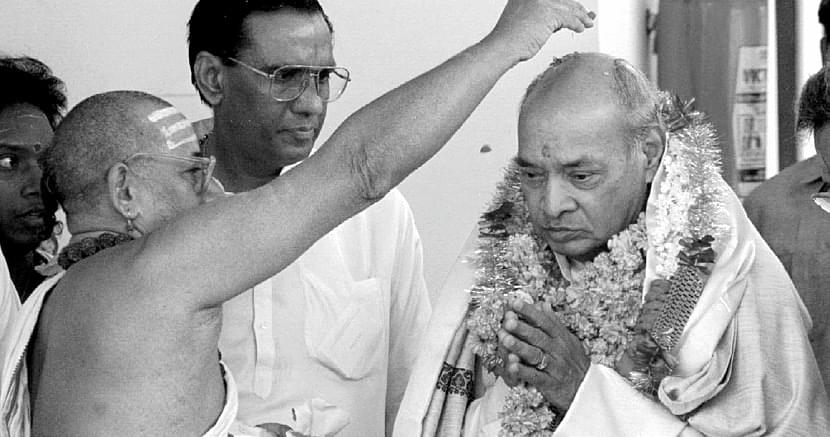 The author claims that he wishes to reinstate P.V. Narasimha Rao in the story of India’s economic reforms, but his attempt remains, at best, ambiguous.

Jairam Ramesh (JR) has written his third book in less than 18 months! This must be by far the speediest production of non-fiction literature. Earl Stanley Gardner churned his Perry Mason novels out faster, but then his theme and plot changed very little. JR’s three are vastly different. The contents of his latest book perhaps give away the secret of this prolificacy. Of the total length of the book, less than 50 per cent is JR’s own fresh writing. The rest is made up of annexures, photographs and extensive quotes from past interviews and writings. This blazes a new trail in writing books.

The book is surely an autobiographical attempt more than anything else. JR plucks 72 days in 1991 out of the decade-long economic reform process apparently to let the readers know how close he was to the highest office in the land. His quotes in Hindi of personal remarks made by A.N. Verma—“Badmaash ho tum (You are a naughty fellow)”, and Rangarajan Kumarmanglam—“Yaar sardar ne kamal kar diya (The sardar has done a miracle), are intended to give the book a gossipy tell-all feel, that goes down well with the chatterati. There is certainly no attempt to either put those 72 days in any historical perspective—except to say that the reforms were a result of a decade-long effort—or to connect them with what did or did not follow.

One of these annexures, an unpublished paper by P.V. Narasimha Rao (PV) on liberalisation, details inter alia PV’s caution and ideological bias against privatising public sector enterprises. This seems also to be Narendra Modi’s line. JR may have done well to further explore these similarities between the two prime ministers. For example, the erudite PV’s facility with Charvak, Vedas and Upanishads could be similar to Modi quoting from Hindu texts in his writings, with less erudition and greater punch. That would also be in sync with JR’s questioning of PV as a Congressman!

In the absence of an introduction, foreword or prologue, one is left guessing on the actual purpose of the undertaking. JR asserts that it is not about himself and quotes Sanjaya Baru to imply that JR has done this to reinstate or resurrect PV, India’s only Telugu prime minister. PV, we know, was given the most undignified send-off, courtesy Mrs Sonia Gandhi, to whom JR is currently beholden. So why resurrect PV at this time?

However, JR, quite similar to the principal character in the celebrated US TV serial, Dallas, does and also does not really resurrect PV. He says PV was simply magnificent. But he also says he was exceedingly crafty. That PV was heard intently even if “he sounded metaphysical and complicated”. All these left-handed compliments in a short space of less than 500 words (pp 136-137). Then again on page 141, he is full of praise for PV, drawing a parallel with China’s Deng and lauding PV for seizing the moment and leaving an imprint on history. But then 100 words later, JR describes PV as a much misunderstood man “…who may well have done much to be so misunderstood.”

But the piece de resistance comes on page 143 when JR writes: “I had heard nothing but encomiums from Narasimha Rao for Rajiv Gandhi…But evidently, the very same man in 1990 deemed it fit to write bitingly about the then Congress president. Maybe it was a knee jerk reaction to an ignominious defeat. Maybe, as Mani Shankar Aiyar has pointed out, it was the result of being sidelined. There is no clinching or conclusive evidence that Narasimha Rao was indeed a ‘Congressman’, but if he was, as he is widely suspected to be, (emphasis mine), there is a reason to reassess the man and his relationship with his mentors.” Questioning PV’s credentials as a Congressman is a devastating indictment of PV at the hands of JR who does not care to tell us who were PV’s mentors. Despite all the good words about PV strewn in several pages of the book, this indictment surely shows JR in an unforgiving mood vis-a-vis PV.

This should have been expected. After all, PV did hurt JR where it hurt most. First, by simply leaving out the speech written by JR from his selected speeches, even after it was used—almost verbatim, JR tells us—for a national broadcast. Worse, PV then went on to fire JR from the PMO after a mere 72 days, which, according to the account in this book, saw JR in the very thick of all the action. JR does not give us any explanation for this ostensibly inexplicable behaviour on PV’s part. He portrays himself as a martyr. But we must remember that the “system” does not behave irrationally. So why didn’t JR try harder then or later on, when he had prime access to information and all relevant players to discover the truth? It would have made the book worth the read if this question was answered.

JR has tried at several places in the book to show that Rajiv Gandhi had great regard for PV. He has included a photograph that shows PV along with Gandhi and Madhavsinh Solanki at the launch of the Congress manifesto in 1991. I am not sure about JR’s reasons for doing this. I know from others like V. Krishnamurthy that PV was totally out of the inner group which drafted the manifesto. JR even quotes Mani Shankar Aiyar to the effect that Gandhi had completely sidelined PV. Gandhi included him in the manifesto release simply to demonstrate unity within the Congress and not because of his high regard for PV, who, it is well known, would not have been in Gandhi’s cabinet. PV had even refused to contest the Lok Sabha elections in 1991 as he was miffed with the treatment he was given. Further, Sonia Gandhi’s open dislike for PV is also well known. There are these inconsistencies in the narrative that are hard to explain.

JR could have used this opportunity, given his proximity to decision makers, to make a definitive comment on whether or not these reforms were indigenously conceived or designed and enforced by the Bretton Woods twins. But he has completely sidestepped the issue, except to claim that it was he who pointed out the gaffe about the American spelling of “program” to A. N. Verma. That is neither here or there. So it would seem that this book is conceived to titillate more than educate the reader on the 1991 experience. A pity.

JR writes (p47) that Yashwant Sinha has cribbed about not being given the credit for ushering in the reforms. This is just not true. Sinha has rightly complained that the Congress establishment has not given him due credit for continuing and deepening the reforms during his tenure in North Block. I remember pointing this out to T.N. Ninan when Business Standard celebrated the 20th anniversary of the reforms with a function at the Maurya Sheraton to which Sinha was pointedly not invited, while C. Rangarajan, never a keen reformer, was. JR himself was missing from this function, perhaps because, by 2011, he had switched sides and become a keen supporter of the entitlement-propagating National Advisory Council of Mrs Gandhi.

JR portrays himself as a radical reformer during those heady 72 days. He should have told us why he switched to becoming an anti-reformer and a strong supporter of Sonia-Rahul’s entitlement-based regime after 2009. According to the Lutyens Delhi grapevine, which of course one cannot vouch for, he became an active opponent of any reformist moves by the troika of Manmohan Singh (MMS), Montek Singh Ahluwalia and P. Chidambaram. Instead he chose to strongly support Rahul even when he publicly vented his fury at MMS. Is this explanation not forthcoming because, as always, JR wants to keep all his options open? Now he can reclaim his reformist credentials while waiting for the right opportunity to come his way. As he says on page 123, it is all about his private enterprise anyway.

The author is Senior Fellow, Centre For Policy Research and Founder Director of Pahle India foundation.
Get Swarajya in your inbox everyday. Subscribe here.
Tags: