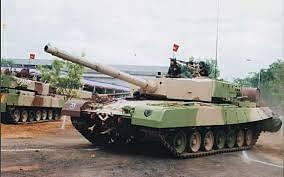 The future of the Indian military will depend on the successful development of a new triad—special forces, cyber-electronic warfare and space operations

Any major power has competing visions within its military-strategic community over the nature of future warfare. India is no exception. While the Indian Navy typically emphasizes the importance of strategic manoeuvre in the sea commons over an interconnected geo-economic space, the Indian Army essentially remains focused on border and insurgent threats. The Indian Air force justifies its much larger capital budget than the other two by promoting a “capabilities” approach that would apparently give it the flexibility to support the other two across the spectrum of warfare, though its main priority is air superiority in a regional context.

However, since a 2009 directive by the Ministry of Defence (MoD) to the military to prepare for a two-front war with China and Pakistan, “conventional deterrence” is the buzzword that has ended up making India the largest importer of non-nuclear platforms in the world.

Naturally, this is an unsustainable state of affairs and the Indian military of 2020 must accept an affordable level of “conventional deterrence” that is supported through indigenous means. The focus should be on creating usable levers for projecting Indian power through the adoption of a new triad of special forces, cyber-electronic warfare and space operations. This new triad will also force the services to actually work with each other rather than give lip service to jointness. In a world characterized by nuclear deterrence, intelligence-deniability operations are the key to settling matters between states and transnational interests. Conventional strength, after all, can only provide a strong defence. But the best defence is always offence.

At the moment, six billion dollars from the Indian budget leaks to foreign arms manufacturers every year, reflecting an unacceptable drain of resources that should ideally be providing a domestic multiplier for jobs and growth. However, the focus of domestic military R&D over the years had been on strategic deterrence where no imports were possible. There was no emphasis or focus on developing platforms such as heavy combat jets like the Su-30 MKI or heavy transport aircraft like the C-17. It is imports in these categories, required for conventional war over appreciable distances, that have made India the importer it is today.

Nevertheless, today more than Rs 170,000 crore worth of DRDO-developed non-strategic (i.e, not including ballistic missiles and nuclear submarines) equipment has either been produced or approved for production, reflecting that a much larger defence industrial sector—warts and all—exists in India. Indeed, this is what the Modi government will have to multiply through “Make in India”, by promoting more private competition to public sector units given the obvious scope for efficiency improvements in the sector.

Moreover, it must support the almost entirely private small and medium enterprise (SME) pool in the defence sector by changing military procurement practices that are heavily skewed in favour of imports. For instance, today, a private player who may be offering completely indigenous technology is at a disadvantage to a foreign player who offers the same at a cheaper price through a mere joint venture with another domestic company. The importance of nurturing domestic intellectual property even if at a slightly higher cost cannot be understated from the perspective of operational security as well as future technological strength.

To understand this, however, a major mentality overhaul is required in India’s military, especially in the Indian Army, which, owing to its size, does not have that great a penetration of technically qualified personnel. The Indian Navy, with its insistence on an engineer-heavy officer cadre has done much better and it is no wonder that this service, despite its limited budget, is getting even aircraft carriers and submarines built in India today. In fact, the numbers required for a two-front war can simply not be had through dollar-denominated imports and this is something the Indian Army has to understand if it doesn’t want to run out of ammunition. The IAF of course knows this but is at the moment content with just 10 C-17 class aircraft, knowing that any more would completely derail its fighter aircraft import plans.

By 2020, the Army should therefore look to completely indigenize its supply chain for the entire spectrum of munitions it needs by leveraging domestic R&D and the private sector. The Ordinance Factory Boards (OFBs) cannot be relied upon to meet Indian Army’s massive needs and competition would do a world of good to union activity there. The IAF meanwhile must commit its own funds in addition to that of DRDO to create working jet engines in India, currently a critical deficiency of our aerospace sector. Here, the Modi government could also strategically leverage FDI by getting GE to build the F-414 engine powering the HAL Tejas by enticing them through large orders.

Even as India indigenizes its conventional weapons pool, the focus must now be on creating the three new joint commands for space, cyber and special operations that have been on the anvil for some time now. Even the most orthodox military strategist would accept that large scale conventional war is just as rare as nuclear war today. Indeed, modern conventional weapons, given their efficacy, are mostly being used in conflict against terrorist actors in the relatively free-fire zones of Middle Eastern deserts. No major states such as India and China are actually engaging in even limited conflict.

The new triad however gives options for countering covert pressure points, besides creating pressure points of one’s own when nuclear deterrence exists. After all, is it ever easy to decide as to precisely where a cyber attack originated from? Of course, intel may eventually surface and at that point, a symmetric cyber attack of one’s own may be considered. That intelligence itself can ultimately only be gathered through networks that are best seeded by special forces that can “work” with irregular or ad hoc groups.

Maintaining command and control across cyberspace or in regionally unstable areas requires leveraging space, besides retaining the option of applying force selectively but rapidly. It is a brave new world. Hopefully, the Indian military would have embraced it by 2020.