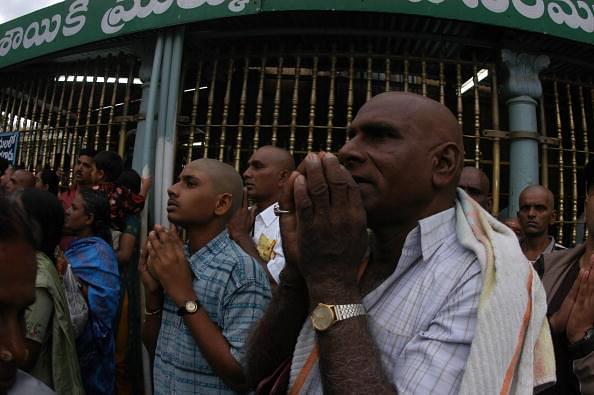 It is a no-brainer that a secular state should not be running temples. It is even more of an abomination that the only religious institutions the state controls are Hindu temples, and the funds collected from devotees are sometimes used non-transparently. The state can thus decree what a Sabarimala temple should do, and a Supreme Court can happily claim to be fighting for gender equality and deny Hindu institutions the protections under Article 26, which allow denominations to continue their religious practices unmolested. This is why Swarajya, among others, strongly supports the movement to reclaim temples, so that the state is excluded from managing temples and Hindu charitable, educational and health institutions.

However, one tends to forget that this fight to reclaim temples is a long-term one, and needs strong strategic thinking and planning on the part of those who want to see this happy denouement. Taking back control of thousands of crores of devotee revenues away from gasping political hands anywhere — and it does not matter if the state is anti-Hindu, like Tamil Nadu or Kerala, or mildly pro-Hindu when run by the Bharatiya Janata Party — is much tougher than snatching a kid’s lollipop. This is a system established over decades, even predating independence, and to expect the politicians and bureaucrats to suddenly hand over power to some upstarts demanding equality and fair treatment for Hindu institutions under articles 25-30 is not going to work. Consider just some simple hurdles that stand in our way.

First, the sheer volume of funds involved gives politicians goosebumps. Take Tirumala Tirupati Devasthanams (TTD), India’s richest temple. Its 2018-19 budget is nearly Rs 2,900 crore, with the bulk of it coming from offerings made by devotees (Rs 1,156 crore from donations, Rs 303 crore from entry tickets, Rs 180 crore from the sale of prasadam, and Rs 110 crore from providing accommodation to pilgrims), not to speak of the sale of the hair donated by those undergoing tonsures. Each one of these activities involves handing over contracts to various businesses, with the possibility of doing favoured deals. Why would Chandrababu Naidu, or any Andhra Pradesh chief minister, want to abandon control of so much money and let it pass into the hands of novices, who have nothing but principle on their side?

Second, even assuming a future court verdict favours eliminating the state from running temples, no politician will cooperate. It is the easiest thing in the world of Hindus to find a few disgruntled devotees to say some fraud is taking place (never mind that fraud continues unabated under state control), and the state would re-enter the picture. Given long delays in court, getting the state out again would be problematic.

Third, there is little doubt that some “Hindu” institutions, which are even now outside state control, including those run by Asaram Bapu, Baba Rampal and Gurmeet Ram Rahim Singh, have been involved in activities that have put the founders in jail. The charges and convictions in some cases include rape and murder. Not all these gurus and religious powerhouses can be neatly classified under the broad head “Hindu”, but then the Constitution classifies all Hindus, Sikhs, Buddhists and Jains as Hindus for the purposes of articles 25-30. (The United Progressive Alliance government reclassified Jains as minorities a few months before the 2014 elections.)

The point is simple: it will be very easy to make any privately-run Hindu institution look like a fraud and racket that needs government intervention. More specifically because gurus and swamis tend to be the sole source of authority within these institutions, and there are no independent governing boards watching over the decisions and practices of the top man (though there are some women too). Privately-run temples and charitable institutions need to have high governance standards in order to claim the right to run them. Even if we assume that most non-state-controlled Hindu religious institutions are reasonably well run, and have proper succession procedures, a transparent governance structure is missing.

While it is easy to point out that rogue religious leaders exist in all religions — the rape charge against Franco Mulakkal, former Bishop of Jalandhar, is only one such example - the power of the Catholic church, with billions of dollars in cash and political clout, ensures that these blow away over time. In India, any attempt to bring rogue Catholic priests to book will be deemed an attack on religious freedom. So, the argument that wrongs happen in all religious institutions will not pass judicial muster in the Indian context.

If Hindus truly want to reclaim their temples, they need to step back and think strategically. The first step should be to ensure that institutions already outside state control remain that way, by asking the courts to give a decree that states will not meddle or seek to control them ever. Even in the case of fraud or bad governance, the legal mandate should be to quickly clean up the mess and leave the institution alone. This will protect the institutions that are truly free, and retain them as that. Political opposition to this limited freedom will not be as strong as it would be if you try and take away their cash cows.

Those demanding that temples be returned to devotees thus need to undertake two more tasks: one is to evolve proper governance structures for the management of temples, complete with boards/associations of devotees having oversight powers. Each major temple or temple trust must thus have a standard code of ethics, and the top priests must not wield excess powers, where defalcation and misuse of devotee money for personal ends can go unchecked.

If we want to keep politicians out of our hairs, we should also ensure that temples are truly inclusive. This means, programmes of affirmative action (not quotas) must be evolved to encourage all castes, and women particularly, to learn to run temples and administer religious functions. If this is done, and Dalits or women are not routinely excluded from religious duties and worship, then Sabarimala can be seen not as an act of discrimination but a special case. The new future should allow women, for example, to set up their own Stree Shakti Mandirs, fully funded, architected and run by women, maybe even exclude men if they so choose, without facing charges of discrimination.

If we don’t plan for this larger inclusiveness, it is easy for the Left in Kerala to politically treat Sabarimala as a larger exclusion issue. It can put fear among Dalits and Other Backward Classes, who will wonder if keeping women out today means they will be excluded tomorrow. It won’t happen, but politicians will get right back into the game if we allow this idea to be perpetuated. This means Hindus need to think progressively, and not regressively.

B R Ambedkar’s advice to those seeking social justice was to educate, agitate, organise. If Hindus seeking to reclaim temples do not do all three, and fail to prepare for a long fight that not only seeks to wrest control of temples, but also looks at future governance structures and inclusion issues, they may not succeed.