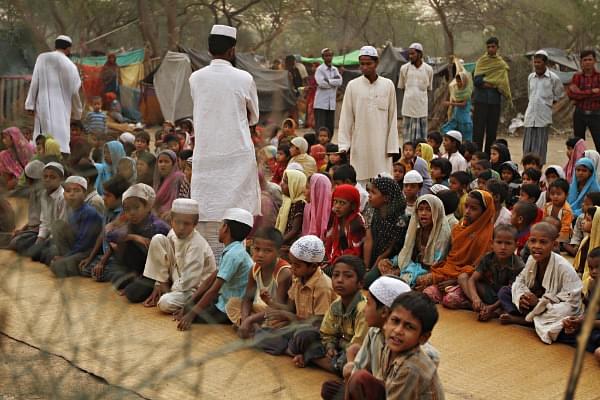 ‘Constitutional patriotism’ is the new buzzword for anyone who wishes to divorce modern India from its civilisational roots. According to them, India sources its existence to the Constitution, which came into force on 26 January 1950. What they fail to understand is that India came into existence as a constitutional democratic republic on that date. However, the idea of Bharat long predates the Constitution and the Indian state sees itself as the successor of civilisational Bharat. This spirit is expressly captured in Article 1 of the Constitution which begins with the words “India, that is Bharat…”.

Clearly, the Constitution, by using Bharat, has effectively acknowledged the civilisational identity and ethos of India and has also made them part and parcel of the modern constitutional Indian republic. An understanding of this fundamental foundational spirit of India is imperative in countering the serious challenges, which plague its existence from within and outside.

One such challenge which has been silently eating into the vitals of Bharat’s civilisational and territorial integrity is the cancer of illegal immigration. Until recently, it was assumed, albeit to our own peril, that the situs of this cancer is geographically limited to the northeastern part of the country.

Perhaps, owing to the infamous ‘tyranny of distance’, which is a sophisticated euphemism for rank apathy and indifference, neither the danger posed by illegal immigration to the indigenous identity of the North East nor its implications for the demographic balance of the rest of the country, was given the attention due to it. This comatose state has not changed much. As a consequence, the surreptitious exercise of creation of a lebensraum by and at the behest of forces inimical to Bharat’s civilisational identity, has acquired monstrous proportions, thereby threatening the very existence of India.

This is not an exaggeration when one considers the case of Assam and the systematic erosion of its indigenous character largely due to artificial alteration of demographics through illegal immigration, which is a fact acknowledged by the Supreme Court of India. That a similar fate awaits the rest of the country, if the bleeding is not stemmed and an invasive surgery undertaken, becomes abundantly clear when one surveys the number of illegal Bangladeshis, especially of non-Indic faiths, whose presence now extends to several states in the country, including the deep south. Their population in the country’s capital is particularly significant.

Whether there is a causality or not, there appears to be a correlation between the presence of such illegal Bangladeshis and the rise in law and order issues in areas, where they exist in significant numbers. The shrinking space for Indic physical, religious and cultural presence also appears to go hand in hand with rising illegal immigration, which could be a sign of things to come. The illegally facilitated entry into India of Rohingyas too must be seen as part of the same phenomenon given the values and worldview they share with Bangladeshi illegal migrants of the non-Indic variant.

The one thing that both groups appear to have in common, which is of relevance and concern to Bharat’s national security and territorial integrity, is their inability to peacefully co-exist with Indic communities. Since Bharat has been the natural homeland for Indic communities, in order to protect them from another horrific genocide such as the ones witnessed on Direct Action Day in 1946, the Noakhali pogrom, the ethnic cleansing during the Partition in 1947 and the systematic culling of Indic communities in East Pakistan in 1971, the following steps must be taken on a war-footing by the dispensation which comes to power in 2019:

1. Implement the recommendations of the 175th Law Commission Report on checking illegal migration. This report highlighted the gravity and extent of illegal immigration especially from Bangladesh. It specifically highlighted the dangers posed by the continuing silent “demographic invasion”. One specific recommendation dealt with the creation of Indian national security and foreign national detection force to identify and sternly deal with illegal foreign elements;

2. Pending such implementation, set up foreigners tribunals across the country to identify and deport illegal migrants;

3. Repeal the amendments made to Section 3 of the Citizenship Act, 1955 through the Citizenship (Amendment) Act, 2003, and Section 6A which was introduced in 1985 — Section 3(1)(b) specifically provides that a person who is born on or after 1 July 1987 but before the commencement of the Citizenship (Amendment) Act 2003 shall be a citizen of India even if only one of the parents is a citizen, notwithstanding the fact that the other parent is an illegal migrant. This provision has effectively granted citizenship to an entire generation of illegal migrants at the expense of demographic balance and national security;

4. Legislate the fact that India is the natural homeland from Indic communities and therefore have a right of asylum and citizenship in India whenever they are persecuted anywhere in the globe. This needs to be included in the statement of objects and reasons of the Citizenship (Amendment) Bill, 2016 so that its scope may be expanded beyond providing citizenship to persecuted Indic communities from Pakistan, Afghanistan and Bangladesh.

If these de minimis steps are not implemented expeditiously, Bharat, even as we know it, shall cease to exist irreversibly within a generation leading to major societal upheavals to the detriment of Indic communities.

Bharat must draw lessons from its history to prevent its repetition.