The Meaning Of ‘Meaning’ And Mukula Bhatt 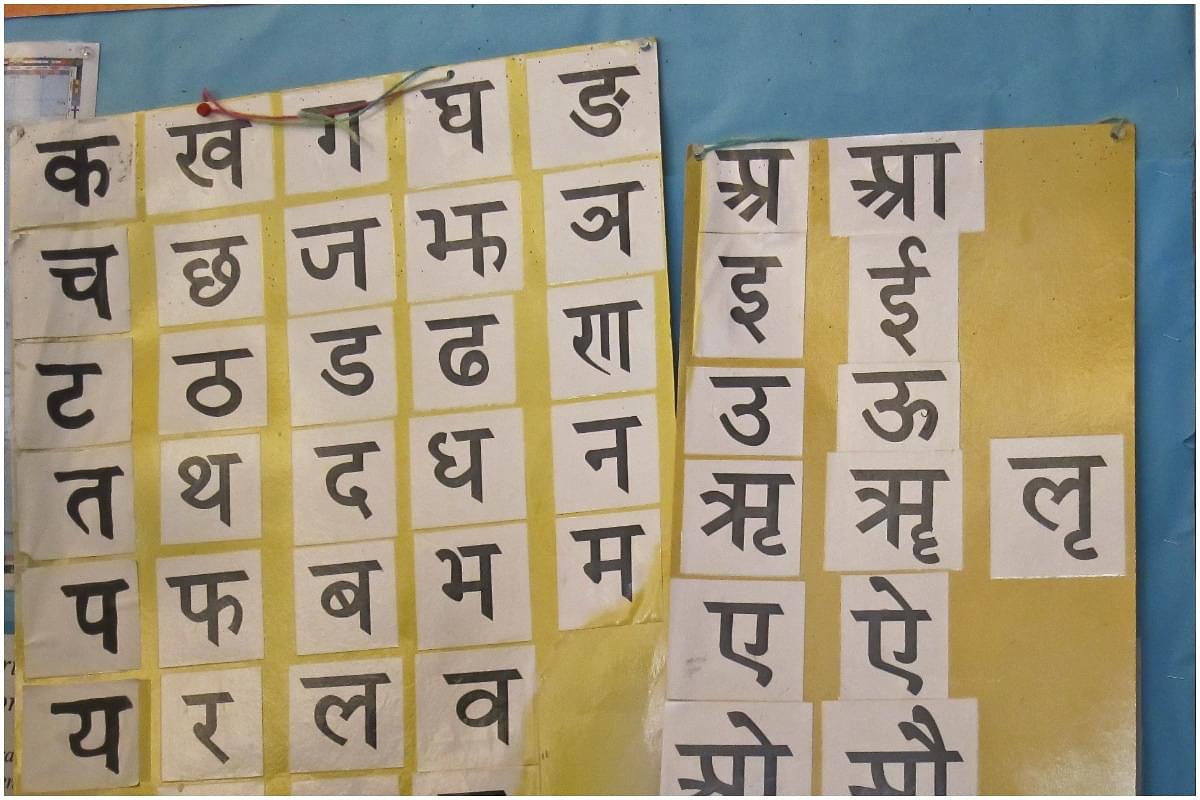 Language, Meaning, and Use in Indian Philosophy: An Introduction to Mukula's Fundamentals of the Communicative Function. Malcolm Keating. Bloomsbury Academic. 320 Pages. Rs 7,930.

As the first millennium CE drew to a close, Kashmir underwent a period of fertile intellectual ferment of the sort that marks out great intellectual epochs in human history — the Renaissance or the classical Hellenistic period, for instance. The result of this ferment was a prodigious outpouring of intellectual output, especially in the fields of philosophy, poetics, linguistics and theology. Under the patronage of successive ruling dynasties, arts and culture flourished in north India, producing some of the most important works in the Indian philosophical canon.

Among the most renowned such centres of learning was the court of king Avantivarman of the Utpala dynasty who ruled Kashmir from 855 to 883 CE. Being a patron of the arts, he attracted to his court scholars from all over Kashmir and rest of India. The most notable among these was Anandavardhana, who wrote a treatise on the aesthetics of poetry called Dhvanyaloka or A Light on Suggestion. Anandavardhana was, however, only one of a long series of scholars that Kashmir produced in the field of Alankar-Shastra or poetics. Nearly a century after him, the famous ascetic, poet and philosopher of Kashmir, Abhinavgupta was to write a commentary on Anandavardhana’s contribution to poetics called Lochana (Eye on Suggestion) that is widely read among scholars along with his other works.

It is perhaps unsurprising that the prodigious intellectual output of this remarkable era still remains incompletely charted by modern historians and philosophers. Relegated to obscurity today, among the better known poet-philosophers of that era, is the name of an exceptional, yet little studied Kashmiri scholar — Mukula Bhatt. A new book by Dr Malcolm Keating, Assistant Professor at the Yale-NUS college in Singapore seeks to bring this forgotten philosopher’s work back into academic limelight, nearly 1,200 years after it was first written.

Little is known about Mukula Bhatt except he lived in Kashmir in the late ninth or early tenth century and that he wrote a seminal work on literary criticism known as the Abhidha-vrtta-matrika or Fundamentals of the Communicative Function. His father was Bhatta Kallata, himself a notable scholar, who is believed to have authored the Spanda-karika-Vritti or Commentary on the Verses on Vibration. While a seminal contribution to the development of Indian philosophy in its own right, the questions raised by Mukula Bhatt are being discussed by contemporary philosophers to this day, though the modern debate progresses largely unaware of his contribution.

Abhidha-Vrtta-Matrika Or Fundamentals Of The Communicative Function

Mukula Bhatt’s work is essentially a critique of Anandavardhana’s better known treatise Dhvanyaloka. Anandavardhana’s thesis when first propounded offered a revolutionary new approach to thinking about language and its meanings. Traditionally, it was believed that speech has two functions — a primary function that is conveyed directly, and a secondary function which works indirectly by drawing on the primary meaning. Dr Keating explains this process in his book with the example of a simple sentence:

I had to go two streets over to find a parking meter.

Here parking meter is understood primarily as a device that charges drivers a fee in return for parking space. But through this primary meaning, we also understand a secondary meaning — that the person in question is not just searching for a parking meter but also for a space to park.

However, this secondary meaning is not apparent all the time. In this instance, there was an apparent incongruity in the meaning of the primary function that led to the discovery of the secondary meaning. Thus to assume that the speaker of the sentence was simply looking for a parking meter does not make sense, and hence our mind nudges us towards uncovering an additional secondary meaning.

What Anandavardhana propounded in his Dhvanyaloka was that in addition to the above two functions of speech, there is another third function known as suggestion, and that this suggestive function is of the essence in poetry. Moreover, this function of ‘suggestion’ does not need an incongruity to operate, unlike, the secondary function cited above. For Anandavardhana and others, this suggestive function is what constitutes the rasa of a poetic composition.

Mukula Bhatt on the other hand, dedicated his thesis to proving that the suggestive function of speech does not need to be thought of as distinct but can be understood within the limits of the secondary function, especially what he called the indicative (lakshanik) function of speech.

The mimamsa school of Indian philosophy, having developed form vedic hermeneutics, was deeply involved in the development of philology and philosophy of language. As Keating reminds us, for Indian philosophers, words and their meanings were of great importance for not only did the vedas and their interpretation depend on semantics, but the utterances of Buddha and Mahavira did too.

For grammar, Bhatt draws on Panini and his classic text, Ashtadhyayi as well as on Patanjali. In the field of alankara, Bhatt referenced the work of Udbhata, another Kashmiri scholar of poetics who is believed to have been present in the court of king Jayapida of Kashmir in the mid-eighth century. The abhidha-vrtta-matrika is thus located at the intersection of philosophy, grammar and poetics, demonstrating the depth and breadth of Bhatt’s learning, and the complexity of his intricate refutation of Anandavardhana’s thesis.

To the lay reader, the debate between Anandavardhana and Bhatt that played out nearly 1,200 years ago in Kashmir might seem esoteric with ramifications limited to the aesthetics of poetry. However, the linguistic philosophers of medieval India were debating not just poetry, but the very meaning of language — a field of study formalised today with specialists engaged in the study of linguistics, semantics, and syntax, and with applications ranging as far wide as the fields of computer science and artificial intelligence.

Rahul Dravid is the wall

Semantics gives us a clear meaning that we associate with each word in that sentence. However, pragmatics tells us that there is a context to the word ‘wall’, namely Rahul Dravid’s cricketing technique, and thus the reader knows that the word ‘wall’ is being used as a cricketing metaphor.

For the lay user of a language, such a distinction comes instinctively — we do not have to stop and ponder over the various meanings of the word ‘wall’. In the formal study of language and in communication theory, however, this distinction between the literal meaning of words and their contextual meaning is critical. Supporters of the semantic camp stress that taking semantics as the unit of analyses ensures a scientific objectivity to the study of language by removing ambiguity — things are what their literal meaning signifies, independent of context. Like a physicist preferring to whittle down his level of analysis to the smallest individual atom and building a theory from up there, the semantic camp prefers to work without the encumbrance of context.

The pragmatics camp on the other hand stresses that an emphasis on pure objectivity excludes the myriad ways in which humans process language, thus in a way, dehumanising the study of language. Linguistics, in their opinion, cannot mimic the natural sciences.

In contemporary philosophy, French philosopher Francois Recanati has attempted to bridge this semantics-pragmatics divide by finding a middle ground between literalism (semantics) and contextualism (pragmatics).

Keating points our attention to the fact that Mukula Bhatt’s work almost 1,200 years ago predated the current philosophical debates on the semantics-pragmatics divide. For instance, at the outset of abidha-vrtaa-matrika, Bhatt presents an initial division of speech function into primary and indicative meaning — one a literal meaning, and the second, context dependent. From here, Bhatt goes on to propound that this two-fold distinction is in fact much more nuanced, involving a number of intermediate steps that in effect lead to a collapsing of the strict division, a stand not very different from the one arrived at by contemporary linguistic philosophy in the light of Francois Recanati’s work.

The philosophical churning of early medieval era in India is reminiscent of classical Greece, where one brilliant philosopher followed the other, lighting the torch of ideas from one to the next, or even the Renaissance that was to flower in Europe half a millennium later that laid the epistemic foundation for much of the modern world.

Dr Malcolm Keating has done yeoman’s work in bringing to life a near forgotten scholarly work of this remarkable era. The brilliance of Dr Keating’s work lies in the fact that his book, at present the only book length exposition of Bhatt’s life and work, is accessible to the lay reader interested in linguistics and philosophy, despite the extremely complex subject matter it deals with.

The book has an introduction by Professor Lawrence McCrea of Cornell University, himself an authority on Sanskrit poetry, his most recent work being The Teleology of Poetics in Medieval Kashmir. At the same time, it is a reminder to us that some of the best research on ancient and medieval Indian classics is coming from Western academia rather than from our own institutions. Building on the exceptional work done by scholars like Dr Malcolm Keating and Dr Lawrence McCrea, we need to turn our attention towards the serious study of our intellectual heritage. The rewards could well worth be applying to our present.