The Only Way Forward 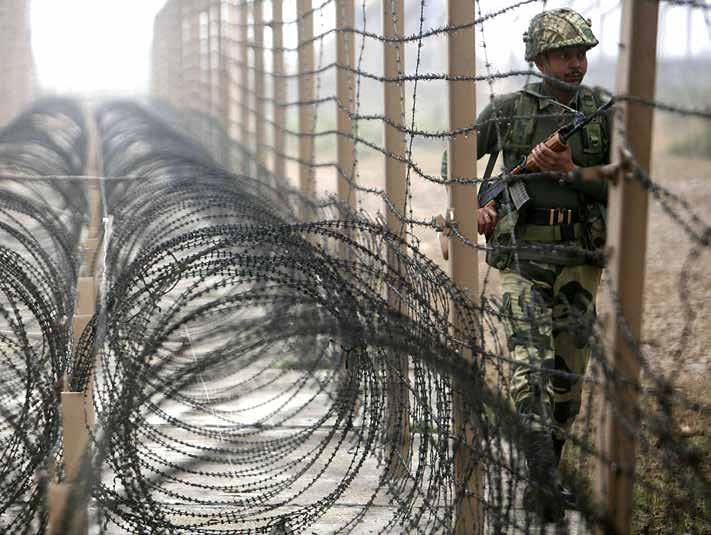 Fresh thinking, not cliched norms, is the urgent need of the hour.

The word “smart” is now a part of the lexicon of descriptions about effectiveness: being a winner, getting the act together, setting aside negatives and concentrating on positives, as well as everything related to being successful. If there is one place or problem where most stakeholders are reluctant about being  “smart”, it is Jammu and Kashmir (J&K). Very often, we have had situations begging for a smart approach, presenting all options squarely. Yet, the understanding of J&K’s complex dynamics remains rooted in the past. This is not a comment on anyone in particular; it cuts across agencies, personalities and institutions. It disallows fresh application, leaving us fighting today’s battles with yesterday’s methods, a rather un-smart way of finding answers.

Recent events in J&K provide a good opportunity to analyse the old approach to new situations.

To do that, we need to begin from 1989-90. In those years, when the Valley burned and azaadi became a byword, understanding of irregular conflicts, especially internal ones, sponsored as proxy war, was almost non-existent anywhere in the world. Yet, there was hardly any option other than the military one, for tackling such a situation. To understand this, we must review the political and security environment of 1989-90.

Politically, India was at the crossroads with looming instability. The Mandal issue had hit India’s polity. The economy was in bad shape. Confidence was low. On the security front, four of India’s strike divisions were in Sri Lanka and the army was exiting the island nation after an erroneous accusation of failure. On the western front, Pakistan conducted Exercise Zarb-e-Momin, the supposed answer to India’s Exercise Brass Tacks, which almost led to a showdown later. Punjab was burning and would soon see the army’s deployment in anti-militancy operations. The international security environment was entering a phase of uncertainty with the Cold War coming to a close, speculations about a new world order and the break-up of the Soviet Union.

In the history of the 20th Century, 1989-90 was a period almost akin to 1918-19 and 1945-46. In the midst of this tumultuous period, Pakistan chose to instigate the proxy war it had been planning for long. India’s response was as best as could be; military hard power. That was about the only option in the face of street turbulence, unauthorised trans-LoC movement and rampant acts of terror, leading to near-secession.

Through the 1990s, the separatist movement, alongside the terror campaign and militancy, moved up or down with the infusion of ideology, foreign terrorists and the expanding arc progressing to the Jammu region. Political initiatives were few and far between, but the introduction of democratic exercises in the form of frequent elections, beginning 1996, was perceived as a success far greater than what it actually achieved. 1997 witnessed the commencement of Operation Sadbhavana (the word “Operation” was  removed from the title in 2010), the army’s hearts and minds campaign.

Sadbhavana has been one of the most misunderstood campaigns, both within the army and the non-uniformed community. Firstly, its potential was never fully realized till very late. Secondly, when it did come to be recognized, it drew the ire of the local leadership as it was seen as an intrusion into the realm of the civil administration. No one explained, nor did anyone attempt to understand that the only agency with the will, organization and capacity to travel and work all over J&K was the army, given the inherent security it carried with it. Although electoral exercises became frequent from 1996, real political grassroots activity eluded J&K. No one had the courage, for good reasons, because security remained an issue.

The one major event which eluded the intellect of the strategic community was the construction of the LoC Fence in 2004, which effectively saw the push towards the conflict stabilization stage. Unfortunately, it was perceived as a purely military initiative; the army took ownership of the Fence, converting it into a transforming entity. No one else gave it a scant second thought, and even in today’s strategic circles, it’s not spoken about. But in fact, this one decision transformed the internal conflict in J&K with infiltration coming under effective control.

It was the lack of this “hand in hand”—integrated—approach which is effectively preventing the commencement of a new and potentially terminal phase of the conflict.  The one silver lining was undoubtedly the initiative of then Prime Minister Atal Behari Vajpayee, in sync with then Chief Minister Mufti Mohammad Sayeed in 2003. The NDA government at the Centre and the PDP-led government in J&K undertook a series of measures to bring the political footprint to primacy in a period when the army’s operations continued at a very high pitch.

The integrated approach, so necessary to transform the conflict, was actually brought about by this combine. However, it could not be persisted with, as both the Prime Minister and Chief Minister changed within a short period. Such political dynamism was never seen again.

Recent events, when seen in the light of the above analysis, throw up some additional observations. First, that the military campaign to eliminate terror, notwithstanding the higher number of terrorists killed, is at a point when the larger dividends of military operations are dwindling. This is not unexpected; a military campaign has a life; it has achieved much and the army’s presence to retain control is still essential.

Second, the psychological space, particularly in the Valley, is up for grabs. The separatists have realized this. They know that a resurgence of terror activity is not possible with the given numbers, redundant leadership and dominance of the army. They also realize that street turbulence is unlikely to fetch dividends or enjoy the support of the populace. To retain initiative and relevance, symbolic acts of defiance, which will continue to draw the attention of the gullible mainstream media are necessary. Separatist actions are uncoordinated but exploited wherever possible—the defiant act of raising the Pakistan flag by the Dukhtaran-e-Millat is a case in point. This ensures that local media is enthused and the people continue to perceive that a resistance is still in place.

Third, the establishment at Delhi and the army treat Sadbhavana and its linked activities as events leading to psychological outreach. This could not be further from the truth. Sadbhavana was never intended to be that. This abject misreading of the situation prevents the launch of an effective outreach campaign which has to transcend much beyond Sadbhavana.

There is a notion that the separatists are down and out, which is not true. Being ineffective during the electoral exercises of 2014 does not make them insignificant. There is enough air in their lungs to secure their place through subtle and less brazen messaging. The more they are whipped on the national media by vociferous anchors, the more does their martyr status get enhanced in the eyes of the local people—the classic “us versus them” idea. That is why the establishment has to appreciate the need for a changed narrative.

The kinetics associated with military operations in the physical realm are being taken over in the psychological space by the visual media and thus potentially contributing towards the army losing that space. The establishment needs to ignore the shenanigans of the separatists. It needs to work towards creating the emotive appeal of rebuilding all that has been lost through 25 years of proxy war. Instead of attempts to regain political space, the new government needs to be in consultation with experts who can advise on just how the psychological space can be wrested from the separatists by making them irrelevant.

Whenever an opportunity arises to get a section of the separatists on board, merging the psychological and the political campaigns is crucial.

The time may have come to look at social media occupying some of the space in the hold of the mainstream visual media. J&K’s youth, in particular, is well networked and needs to be engaged; social media can be an additional mode of outreach. However, nothing can take the place of simple grassroots physical outreach through rallies in the long ignored rural areas.

If necessary, the army can be a partner in facilitating this, stepping aside to allow the representatives a dialogue with their electorate. Resolving local administrative issues will create the necessary environment to allow the government to arrest the separatist influence and change the course towards what it has been elected for.

The summer beckons. In J&K, this period is crucial and over the next six months, the government must focus on delivery in areas where the previous government was less successful—grassroots administration. It must look for fresh initiatives to improve the quality of life of the people, work on tourism on both sides of the Pir Panjal, build mutual business interests and put together the logistics for more effective disaster and winter management.

The silver lining is the BJP-PDP Government’s budget. J&K is perhaps the first state to align its budget to the changes in the federal fiscal system. This augurs extremely well and it is on these positives that the government must build the perception of the people to create hope, as against the negative vibes emanating from the separatists.

An integrated perception management programme drawn with assistance of those who know J&K. Academics, media personalities, intellectuals, army officers, police and intelligence officials as well as political leaders need to be drawn into this exercise, which can effectively set an agenda for the next steps in the resolution of the sponsored internal conflict and capture the integrated space.