The Right Manifesto For Energy: Choice Between Nuclear And Nuclear 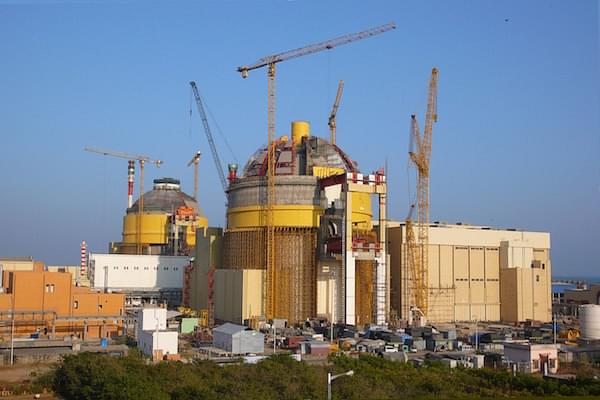 India is the fastest growing large economy in the world and the connection between energy consumption and economic growth cannot be overemphasised. Add to it the new demand the government has added through its schemes. In the last four years, it has electrified more than 18,000 villages and is working on mission mode to give power connections to lakhs of households, which were not yet connected to the grid. The government is also aiming to achieve 100 per cent electrification of the Indian Railways by 2022.

The demand for electricity will only increase as India’s economy and population grow, with greater manufacturing capability and a more prosperous citizenry desirous of the many comforts of life. Several studies have predicted that India’s electricity needs will rise some eight times by the middle of this century. However, more than installing the new capacity, what will matter more is the kind of energy we are adding, because the goal is not just to meet increasing energy regardless of cost. India has already pledged to reduce emissions intensity of its gross domestic product (GDP) by 33-35 per cent by 2030.

As of February 2019, India generates 349 gigawatts (GW) of electricity. Of this, some 64 per cent comes from thermal energy, 13 per cent from hydroelectric power, 21 per cent from renewable energy, and a mere 2 per cent from nuclear energy. The biggest expansion under Narendra Modi dispensation has been in the renewables, whose share in the mix has risen by around 9 per cent. Thermal has been the biggest loser. Its share fell by over 7 per cent.

Prime Minister Modi also committed India to installing 175 GW of renewable energy by 2022, of which 100 GW will be solar power. While any move away from fossil fuel must be applauded, there are severe limitations to solar power that are yet to be addressed and India’s wholesale embrace of a technology that might not give the best bang for the buck is worrisome. Worse, Modi seems to have put all his eggs in one renewables basket that he wishes to grow to 40 per cent of the total energy mix by 2030. At present, this seems like little more than chasing the solar unicorn.

There is no energy nirvana in solar for India. The only real alternative is going nuclear. If India is to have ample energy for its economic growth and that story includes high-speed rail, electric cars, and other substitutions of electrical power for fossil fuels, it cannot afford not to get bullish on nuclear power.

So, here is a five-point agenda for the next government on energy front.

1. Push through with the fast breeder reactor (FBR) and advanced heavy water reactor (AHWR) that has been on the books and delayed by a decade or more.

3. Bring at least 50 reactors, beyond currently contracted, online. At present, some 40 reactor projects are ongoing or have been stalled due to legal complications. Though 50 additional reactors can be a good start, it would be ideal for India to think of having 300-400 reactors in next 50 years. Even with such a massive investment, nuclear power will still amount to less than 35 per cent of India’s total energy mix. Indeed, the United States represents a similar energy mix today with a hundred reactors for its 315 million people.

4. Take up Rosatom's offer to jointly do nuclear construction worldwide; try and enter into similar construction agreements with other agencies like Areva and Westinghouse.

5. Enter nuclear export market — ideally, complete reactors should be offered but short of that, become a major nuclear components manufacturing hub. India has 220 MW, 540 MW and 700 MW reactors, which are smaller and therefore cheaper than the larger mainstream reactors presently available. Make use of this in emerging energy markets like Africa — Nigeria, Kenya, etc. In the meantime, develop indigenous 1+ GW reactor to round out entire fleet of offerings.

6. Allow complete private sector entry into manufacturing of nuclear components — this will reduce domestic dependence on foreign parts, strengthen India's role in the nuclear market, and boost exports. The idea of nuclear technology and fissile material in the hands of private contractors may sound scandalous, but private nuclear utilities have done quite well globally. Privately-owned reactors perform significantly better, with 94 per cent of them achieving load factors about the world average, while barely 44 per cent of government reactors achieve the same benchmark. It was also found that 82 per cent of reactors operating in liberalised nuclear energy markets operated at above average (81 per cent) loads, whereas only 40 per cent did so in regulated markets. Most importantly, as private equity has increased in the nuclear market, industrial safety has too, the accident rate going from 1.04 to 0.33 per 200,000 work-hours. The private sector has shown its usual resourcefulness in addressing the question of liability too.