Torn Between Tradition And Modernity 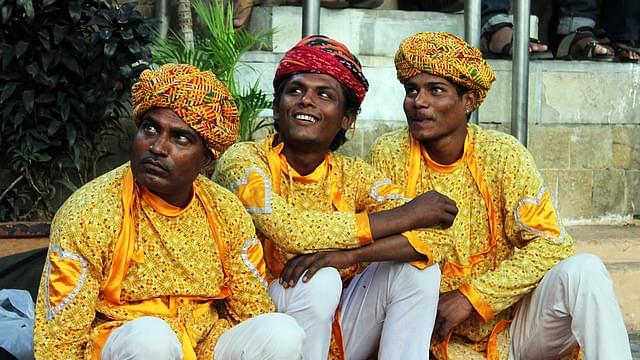 Indian modernity is Janus-faced, even schizophrenic. On the one hand, it looks to the West and to the future, but on the other hand, it looks to India and its past. Arguably, the single most significant problematic in recent Indian intellectual history is that of tradition vs modernity. After nearly 200 years of debate and discussion, it seems fairly clear that India can have neither pure tradition, nor uncontaminated modernity. Whatever we are or have become has to be some combination or amalgamation of both. But in these contestations between tradition and modernity, it is not always clear what tradition is or what it stands for. In this and the following columns, I attempt to redress this lack.

It might benefit us to engage with the idea of parampara, which is the Sanskrit word, also used in many other Indian languages, for what we call tradition in English. While tradition is not exactly an equivalent, it is also quite resonant. Methodologically, it is useful to make key concepts across cultures and meaning universes to converse with each other, rather than subduing or supplanting each other—in our case, the Western idea superimposing and superseding ours. There may be some real, not merely cosmetic, advantages for retaining key Indian concepts which are not so much untranslatable as lacking in adequate English equivalents. But right at the outset, the question we may ask is how does parampara influence, even shape individuals and in what ways do individuals carry it forward, break, or re-shape. More specifically, I try to explore what happens to Indian traditions in modern times. Should they survive or die and under what circumstances? I walked bang into this conundrum in a rather unusual way.

I was once offered the Honorary Directorship of an NGO set up to promote “Svarajya in Ideas” (not, I might add, in any way connected with the present magazine). What could have been closer to the heart of a professed svaraj-ist? But, by a peculiar turn of events, this offer was reserved. I was quite struck by the reasons for my disqualification, which were disclosed to me in a curious missive, personally delivered to my door. The letter that I thought would confirm my directorship actually withdrew it. The trustee who signed the letter said I was thought unsuitable on account of a novel I had written. Citing Ananda Coomaraswamy, she said that the function of literature was to tell the stories of gods and heroes. She found it pointless to write, as I had, about those aspects of life which are degrading, disturbing, or debasing. Art should elevate, inspire, and uplift, which my novel had failed to do. Because I had not succeeded in fulfilling the higher purpose of art, she concluded that I would not make a suitable director for her NGO.

Till then I had always believed, after Auden, that literature “makes nothing happen,” especially since the incident happened before the fatwa against Salman Rushdie. I was nonplussed to discover the personal price I had to pay for something I had written. I rubbed my eyes in disbelief; in which century was this happening? Was I dealing with a prude or a prophet? The letter produced a profound unease, forcing me to confront the meaning of art in the light of the tradition-modernity face-off.

Modern art, as Hegel had predicted, had rejected the sacred as the only or desirable object of art; in fact, it had gone beyond that to destroy and discard all grand teleologies. Even T S Eliot, in a rearguard reaffirmation of the sacred, had done so in a idiom that was distinctly modern.

Most other modernists were not even sympathetic to the sacred; from them we got the manifesto that art must do away with all false idealisms. The art object need not shy away from the horrors of war, degradation, sexual abuse, murder, and so on, all of which are equally a part of our lives, even if they are unacknowledged or suppressed. Art must try to give tongue to the unspeakable, like Edvard Munch’s “Scream of Nature.”

Had I inherited an unbroken literary tradition from ancient India, I could no more have written my kind of novel than a temple sculptor have crafted a modern nude or a Kathakali artist danced the depiction of urban violence in India against women. Of course, most of the gods and goddesses the traditional sculptor carved out of stone would be at least semi-nude, but their nudity would not be of the modern offensive (according to some) variety that got M F Husain into trouble. In traditional art, the divine body would be sacralised, elevated, exalted in a way no modern work of art could succeed in doing.

Was our real problem as a writer or artist the lack of a parampara, a set of values and techniques which made up the sum and substance of an artistic genre, both its form and content, its style and theme, shaping both its production and interpretation? In India, there was the additional fact of deep colonisation, which allowed hardly any independent criticism. There was no culture of criticism or interpretation to support writers, writing, or any sort of artistic endeavour. Our world was marked, instead, by absences, flights, departures, ruptures, transgressions, desertions, and violations, where an artist, whether poet, painter or dancer, hardly had a symbiotic relationship with his society.

It was with such questions in mind that 20 years ago I confronted the eminent danseuse, Leela Samson, who went on to become the director of Kalakshetra, Chennai. In a meeting in which both of us were speakers, I asked her if Bharatanatyam— or for that matter any other “classical” dance form — seemed rather static and repetitive. Samson was not pleased with my question. “I couldn’t disagree with you more,” she replied. “Haven’t you been observing all the formal and technical changes that have taken place over the last few decades, not to speak of this whole century? I myself don’t dance the way I used to 10 or 15 years back. We are constantly changing, constantly innovating. If you watched how Balasaraswati danced and compare it with the way I dance today, you’ll see such a great difference. What we were taught at Kalakshetra when I was a student is quite different from what is taught there today or what I teach my students.”

“Yes, yes,” I admitted hastily, “but I was not referring to the formal aspects. I mean the content, the narrative—the stories that you perform—seem to be rather typical. They are, moreover, all mythological stories. I have never seen a Bharatnatyam or Kuchipudi performance on a modern text or even on a modern situation. Can you, for instance, depict the divorce of a couple or a murder mystery through a classical dance form?”

Samson paused for a moment. “Well, as you know, there have been some attempts to modernise the content of our traditional dance forms. Mallika Sarabhai or Chandralekha, for instance, have used it to depict modern themes like feminism…”

“But, usually, don’t they do this only by giving a modern interpretation to a traditional story, like Sarabhai’s Draupadi, for example?”

“True. But, let me ask you a counter-question. Why should my dance be used to depict what every TV serial shows these days? Why should it engage with contemporary reality? I think I perform a more meaningful and important service for my audiences. They leave the performance enhanced, not diminished. Only a classical art form can give you that, no?”

“Yes, but can’t it do both? I mean, why can’t it be contemporary as well as traditional? Why should there be this break, this barrier between them? I know, of course, that Tagore’s or Bharati’s works have been performed in Bharatanatyam. They were contemporary poets, so you see it can be done. But not very often.”

“What you’re asking for is very, very difficult,” Samson sighed. “Kumar Gandharva could do it. He could innovate so effectively as to evolve a new style of singing. But how many Kumar Gandharvas have there been?”The conversation had to be abandoned; the issue remained in a state of uneasy suspension, without our differences being fully resolved. The conversation reminded me of the problem that I had been grappling with for years—the relationship, almost schizophrenic, between tradition and modernity in India, one instantiation of which was the split between my own criticism and creative writing.

Both these anecdotes illustrate the great difficulty, if not impossibility, of reconciling or harmonising tradition and modernity in Indian creative arts. In literature, this was especially the case because the break between the two was most definite and far-reaching. The colonial intervention severed forever our tenuous ties with the older sacred literature of India as, indeed, it did the society which supported it. In its place, secular modernity, aided by the printing press and the invention of prose, gave rise to a new wave of creativity in what the British called our vernaculars.

Unless a certain form of literary modernism actually attempts precisely such an “impossible” option. In poetry, the name of Sri Aurobindo comes to mind immediately. Savitri, one of the longest poems in English, is also perhaps the only contemporary epic which is read and recited daily in a manner reminiscent of a traditional sacred text. It is indeed regarded as a modern Veda by the devotees of Aurobindo and the Mother. Eliot also tried to produce sacred literature in modern times; at first the best he could do was to offer us The Wasteland lamenting the loss of the sacred, but later in “Ash Wednesday” and Four Quartets, something of the sacred is restored. Yet, Eliot’s works, though universally acclaimed, are still literary texts, whereas Aurobindo’s, though known and admired only by the select, have acquired the status of sacred, even cultic texts. In fiction, the name that comes most readily to mind is Raja Rao. The Serpent and the Rope, The Cat and Shakespeare, and The Chessmaster and His Moves are all about the near-impossible quest for the ultimate reality in the 20th century.

For Raja Rao, all writing was sadhana, a means to self-realisation. His books are not read as sacred texts, but he was one writer who unabashedly sought the transcendent and tried to invent an answerable style to such a lofty purpose. In Chessmaster, he even tried to go beyond language itself in his attempts to invoke the sacred beyond all religious utterances.

Yet, which us would like to write like Sri Aurobindo or Raja Rao—the two are of course very different—even if we could? Instead, don’t we all want to write like Salman Rushdie or Amitav Ghosh, or, to mention more recent and somewhat less exalted examples, Chetan Bhagat or Amish Tripathi? In my novels, The Narrator (2005) and Body Offering (2013), I too tried to write clever contemporary books, not sacred texts. Perhaps, the result failed to satisfy either the traditionalist or the modernist faction. A typical reaction came from a young admirer who, after taking the trouble to read them, exclaimed, “What strange novels you’ve written—the less said about them the better!”

Taking her advice to heart, I shall mention them no more.