Truschke Tries, But The Sins Of Aurangzeb Cannot Be Whitewashed 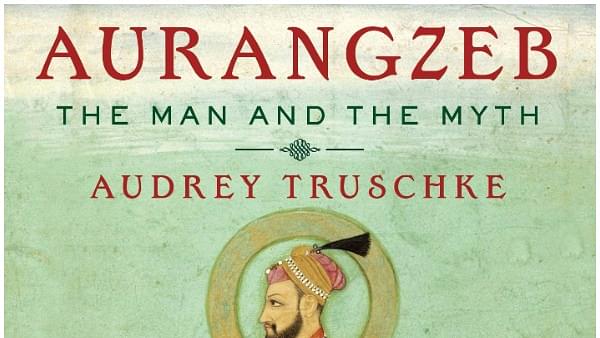 Audrey Truschke’s book Aurangzeb: The Man and the Myth and this review are connected by a fortunate stroke of social media serendipity. The author states at the outset that her book “began with a Twitter message asking if I wanted to write an accessible biography of one of the Mughal kings.” The idea of this review grew out of a request from a Facebook message from Sandipan Deb, Editorial Director of Swarajya, asking if I would write a review.

Audrey Truschke has strong academic credentials. She earned a PhD in the Department of Middle Eastern, South Asian, and African Studies at Columbia University. She is currently Assistant Professor of South Asian History at Rutgers University-Newark. According to her official resume, she has “reading fluency” in Persian and Sanskrit and “reading competency” in Hindi, Urdu and Braj Bhasha.

I must confess I am not a historian; I have been a business consultant almost all my working life. However, I am a voracious reader of all kinds of books including “accessible biographies” of great men and women. Ironically, I exactly fit the description of the ignoramus critics of Aurangzeb that the author has wisely warned against: “Many who condemn Aurangzeb have no training in the discipline of history and lack even the basic skills in reading pre-modern Persian”. So, there you are, voilà !

I was somewhat emboldened, however, by her sweeping criticism of Jadunath Sarkar, eminent Indian historian and acknowledged authority on Aurangzeb. Truschke argues in the book that historians like Sarkar, who wrote about Aurangzeb, not only lacked the knowledge of pre-modern Persian but also had a communal agenda. She tries to debunk his credibility sans which, of course, it is difficult to do a plastic surgery of the great Emperor.

Here are some gems: “Sarkar’s rendering is incomplete and contain errors.” In her book, she does not enumerate or specify these alleged errors but reminds us that Sarkar is not reliable. She also says “I draw on Sarkar’s anecdotes with caution and disregard entirely some of the more likely (emphasis added) fabrications therein, such as Aurangzeb’s second will.” I was particularly intrigued by the word “likely”. Truth be told, that word is in the domain of the theory of probability. It is not associated with definitive proof or evidence of the “discipline of history” . She also goes on to comment on Sarkar’s motive as a Hindutva zealot, “While we all owe a debt to Jadunath Sarkar, his analysis is overly communal and sometimes (emphasis added) lacked historical rigour.” She says she had to re-translate from the original pre-modern Persian to get at the truth.

Truschke in her book argues that Aurangzeb could not have been anti-Hindu because during his time, the term “Hindu” was not in vogue. Here is the argument in her own words, “‘Hindus’ of the day often did not even label themselves as such and rather prioritized a medley of regional, sectarian and caste identities (for example Rajput, Maratha, Brahmin, Vaishnava). As many scholars have pointed out, the word ‘Hindu’ is Persian, not Sanskrit, and only became commonly used self-referentially during British colonialism.”

Her nuanced argument has three legs: 1. There was no Hindu identity “then” as we understand it “now”. 2. The word Hindu is imported from Persian, a foreign language, and does not owe its etymological root to Sanskrit, and 3. It is only during the British colonial rule that this identity took shape.

We will see how she herself unwittingly demolishes the first leg of her own argument. Second, our vernacular has absorbed many words from Farsi (Persian) effortlessly. My mother-tongue Bangla, which is spoken by 230 million people around the world, has absorbed thousands of Farsi words proudly. The term “khuda”, for instance, is Persian not Arabic. The third argument is connected to the first and let us see how she demolishes it herself.

While praising Aurangzeb for his “affirmative action”, Truschke writes, “Under Akbar, for example, Hindus constituted 22.5 per cent of all Mughal nobles. The percentage hardly budged in either direction under Shah Jahan, and in the first twenty-one years of Aurangzeb’s reign (1658-79), it stayed level at 21.6 per cent. But between 1679 and 1707 Aurangzeb increased Hindu participation at the elite levels of the Mughal state by nearly 50 per cent, Hindus rose to 31.6 per cent of Mughal nobility.”

Therefore, the first question is: if the term “Hindu”, imported from Persian, was really an identity that took shape during British colonial times then, how did you madam, collate the statistics? You should have broken the numbers down by Rajput, Maratha, Brahmin, Vaishnava and so on. But you could not possibly have done that. Rajput and Maratha are geographic terms, Brahmin is a caste and Vaishnava is a sect. They are not mutually exclusive. You could have a Maratha Brahmin and a Rajput who is a devotee of Vishnu. Thus, statistically, one will not be able to break these percentages down. But one can, as she has done, compute the percentage of Hindus.

Why? Because there were Hindus before, during and after the Mughal rule, which of course, runs counter to her postulate.

In an empire where the overwhelming majority of subjects were Hindus, a 31.6 per cent Hindu representation was not very impressive. Clearly, Aurangzeb did not follow any Sachar Committee or Mandal Commission recommendations. However, the question remains: why did the Hindu representation go up? There was one overriding reason.

As Aurangzeb expanded in the Deccan, Truschke writes, “Faced with life among people that they viewed as repulsive, many felt that Mughal service had lost its charm”. Deccan was considered as a punishment posting for Mughal “expatriates”. Hence the drive to recruit local talent. The Deccan folks, called the “southern Hindus” in the book, have been unflatteringly described by a flunkey of Aurangzeb thus: “They are dark of complexion, ill-shaped and ugly of form. If a man encounters them in the dark night, he will most likely die of fright.” The increase in the percentage of Hindus was directly related to the Deccan expansion where Mughals declined to go.

Historians decry Aurangzeb for introducing the jizya tax on non-Muslims. The tax was abated for 100 years in the Mughal Kingdom but in 1679 Aurangzeb re-introduced the tax. In criminal jurisprudence. there is a concept of “mens rea”. It refers to the state of mind of the accused. Did he commit the wrongdoing intentionally or without meaning to do so? Truschke says there was absence of mens rea on the part of Aurangzeb.

She conjectures that Aurangzeb introduced the jizya tax not to oppress the non-believers but to create employment and income for Muslim religious clerics. She says, “Aurangzeb revived it (jizya) perhaps (emphasis added) in part to employ the ulama in its collection”. If reading texts is inconvenient, what is wrong in trying to read Aurangzeb’s mind and conjecture that the noble motive of employment generation triggered the jizya tax?

Why did he appoint moral police from among the Muslim clerics—these “censors” who were called muhtasibs? Truschke says that the Emperor did so to ensure “an ethical and secure kingdom.” I think the Saudi Arabian regime, notorious for its Islamic Religious Police, would love this argument.

Why did Aurangzeb demolish and desecrate places of worship of other faiths? She strongly argues that Aurangzeb was not alone. She says, “Hindu kings targeted one another’s temples—regularly looting and defiling images of Durga, Ganesha, Vishnu , and so forth.” So why are you singling out Aurangzeb? Secondly, she says, “Nobody knows the exact number of temples demolished or pillaged on Aurangzeb’s orders, and we never will.” Ah! That reminds me of Comrade Stalin. “The death of one man is a tragedy, the death of millions is a statistic.” That’s what the Soviet dictator allegedly once said to US ambassador Averill Harriman.

Now turning to the cruelty of Aurangzeb. Truschke robustly argues that we should not judge him by “modern democratic, egalitarian, and human rights standards.” It is not a myth but part of uncontested records that Aurangzeb brutally killed his brothers and their children while they were unarmed prisoners. Truschke herself admits “Dara Shukoh was beheaded on Aurangzeb’s direct orders.” She also writes “the bodies of Sambaji (Shivaji’s son) and Kavi Kalash were thrown to the dogs while their heads were stuffed with straw and displayed before being hung on one of Delhi’s gates.”

I do not believe one needs to invoke the Geneva Convention to condemn such barbaric acts. She disputes the historical assertion that the 9th Guru of the Sikhs, Tegh Bahadur, was executed by Aurangzeb for “protesting against the forced conversion of Kashmiri Brahmins”. According to her, “Tegh Bahadur militarily opposed Mughal state interests and so was a legitimate target for a death sentence.”

Alexander the Great treated King Porus with dignity way back in 326 BC. But let us save that argument for another day. Even by Mughal and Islamic standards, Aurangzeb does not come out smelling of roses. His imprisonment of Shah Jahan, his father, was unacceptable to the Islamic clerics. His chief qazi refused to endorse his ascension to the throne and Aurangzeb promptly fired him replacing him with the spineless Abdul Wahab. The Sharif of Mecca declined to recognise him as the ruler of Hindustan and insulted him by returning his gifts.

It may be wisdom by hindsight but the fact remains that the Mughal empire began to crumble after his death. He had failed to groom able successors. His departure from the syncretic philosophy of Akbar (he wrote his heroes were Babur and Timur) accelerated the disintegration of the empire. None other than Jawaharlal Nehru wrote this : “When Aurangzeb began to oppose (the syncretism of earlier Mughal rulers) and suppress it and to function more as a Moslem than an Indian ruler, the Mughal Empire began to break up.” If Truschke fondly hopes that we Indians will believe that Nehru also had a communal agenda, she will not go very far. The book is a disappointing one.

Nazis burnt books. The radical intolerants of every religion demand banning of books. But India is a democratic country with a market economy. We should not ban books, let alone even talk about burning them. We should vote with our wallets. My advice: don’t buy the book; if you have a compelling desire to read it, borrow it from a friend.

The author is the CEO and Founder of Sumantrana, a strategy consulting firm for start-ups. Previously, he served as the Managing Director of Deloitte Consulting and PricewaterhouseCoopers in India.