Use And Abuse Of Antibiotics: A Critical Public Health Emergency On The Horizon 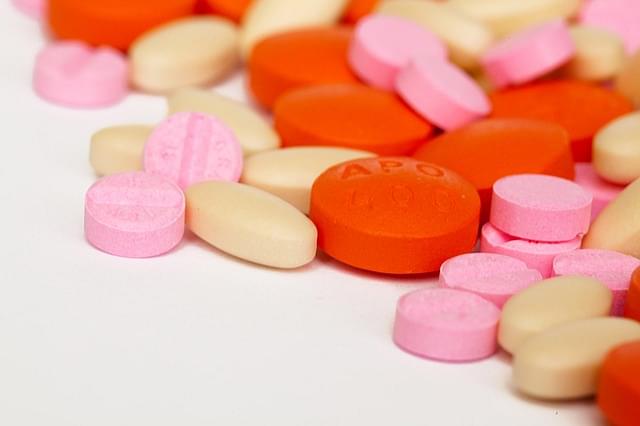 When antibiotics were invented in 1928, they were hailed as a miracle drug, but that hope may not last long.

According to a study reported in the Proceedings of the National Academy of Sciences of the United States of America published on 26 March 2018, consumption of antibiotics worldwide soared by 65 per cent between 2001 and 2015, especially in China and India. One reason is that these two countries are home to the two largest human populations – almost all numbers show alarm in almost all socio-economic indicators simply because of the sheer size of the population. But that is not to say that one should ignore the alarm bell; we need to wake up and take notice of the alarm, study, and analyse the situations, and take sound public health policy decisions that would avoid catastrophe in the long run.

In case of antibiotics usage, the crisis is already staring us in the face. Antibiotics are about 100-year-old miracle drugs, but we are already close to making it worthless by neglecting scientific precautions needed to make its utility sustainable. Even high-income countries showed increase in antibiotic consumption; however, the per-capita usage expressed as defined daily doses was down to 25.7 per 1,000 inhabitants. In China, India, and Pakistan, there was a steep increase of 11 per cent over the same period. The data shows that antibiotic consumption during 2000-2015 more than doubled in India from 3.2 to 6.5 billion doses. Similar is the trend in China and Pakistan.

The study was based on the IQVIA MIDAS database of 76 countries that was built on national sample surveys of antibiotic sales. The study also points at the rise in income levels in these countries as one of the reasons for people being able to afford life-saving drugs, a happy augury indeed. However, this happy augury should not turn into a situation which will become a public health handicap in the short run. In fact, China and India are the largest producers of synthetic and semi-synthetic antibiotic manufacturers in the world. Professor Elli Klein of the Johns Hopkins School of Medicine says that another important reason for increased use of antibiotics is due to rapid urbanisation in these highly populated countries, which also increases the spread of infectious diseases. One can witness this situation easily in India, where major metros have recorded the largest urban migration, concomitant with increased number of epidemics.

This situation is exacerbated in small countries like Algeria, Tunisia, and Turkey, which have registered highest per capita daily consumption of antibiotics. Sarah Paulin, in-charge of the antimicrobial resistance group at the World Health Organization (WHO), says there is an urgent need to rationalise antibiotic use while ensuring access to those who are in critical need. WHO, Food and Agricultural Organization, and World Organisation for Animal Health are the three United Nations agencies that have formed a task force to develop strategies for controlling antimicrobial resistance. One of the areas where antibiotics are used rampantly are in animal health, that also need stricter controls and oversight, according to the study.

In India, with a largely vegetarian population, people culturally do not care much for animal healthcare. It is only those who raise livestock for the purpose of producing meat and poultry, where they use heavy doses of antibiotics to keep their flock disease-free, that the rise of antibiotic resistance is showing alarming signs. Neither the public nor the governments really care for epidemic spread. Since agriculture is a state subject, the awareness of the government about animal and plant health is very poor.

Experts around the world have been warning countries for decades about the indiscriminate use of antibiotics, but in vain. Dr Tanya Bhowmick, a physician at the Rutgers Robert Wood Johnson Medical School, says that more often than not, physicians prescribe antibiotics even when there is no need at all. This has been the trend in India. Many times, Indian frontline doctors prescribe broad-spectrum antibiotics readily at the urging of self-educated patients, who learn all about their health problems through social media and the internet. Broad-spectrum antibiotic prescription is the easy way out for physicians without even ascertaining the microbe that is causing the problem, as neither the patient nor the doctor is willing to wait for diagnostic lab results. This is one of the negative side-effects of the information technology revolution at the hands of medically illiterate public in India. That rampant use of antibiotics is the root cause of bacterial resistance to antibiotics is an established scientific fact and the doctors know it very well, but fail to control their proclivities to prescribe antibiotic therapy. It is high time Indian doctors take this precaution seriously.

America has started the Antimicrobial Stewardship Programme throughout the country. The programme is designed to improve patient outcomes in healthcare settings, reduce microbial resistance, and decrease the spread of infectious diseases by multi-drug-resistant organisms. In addition to misuse and indiscriminate use of antibiotics, another major problem is that there is practically no more discovery of new antibiotics. The discovery pipeline has been dry for decades. Multi-drug-resistant gram-negative bacteria can be tackled with polymyxins, fosfomycin, mecillinam, temocillin, and nitrofurantoin; multi-drug-resistant gram-positive bacteria can be tackled with trimethoprim-sulfamethoxazole (TMP/SMX), tetracyclines, chloramphenicol, clindamycin, and pristinamycin. These old antibiotics seem to hold new hopes.

According to the Center for Disease Control (CDC), world’s leading public health research centre in Atlanta, Georgia, more than two million Americans are infected with antibiotic-resistant bacteria and an estimated 23,000 patients die annually. God only knows how many die in India. CDC says, of the antibiotic prescriptions written in 2015 in the country, nearly 30 per cent of them were unnecessary. Has anybody kept track of antibiotic prescriptions in India? Does anyone even care about the use of antibiotics in animal health? In April 2018, CDC announced that more than 200 rare antibiotic-resistant genes were found in “nightmare” bacteria tested in 2017. These resistant genes were isolated from 27 states’ infectious samples. Dr Arjun Srinivasan of CDC in a 5 April statement said that reports of 221 rare-resistance genes are a serious cause for concern and CDC has been raising an alarm about them since long.

When antibiotics were discovered in 1928, they were hailed as a miracle drug that saved millions of lives, but that hope may not last long. Antibiotics are not a panacea, but when used judiciously, their utility can be sustained for as long as possible. Another big problem of drug misuse is the easy availability of all sorts of drugs from drug stores in India. More often than not, pharmacists double as local physicians and prescribe medication and even dispense them without any authorised prescription. Poor people cannot afford to see the doctor and also pay for the prescribed drugs. Therefore, they directly go to the pharmacists to get medication. On top of that, self-treating patients stop the dosage to save money once they see an improvement in their conditions, without completing the full dosage as prescribed. If a patient is supposed to take an antibiotic for seven days, they buy medicines just for a day or two depending on their capacity. If they cannot arrange for money to buy the next day’s dose, they just stop the medication right there.

A pharmacist is not supposed to dispense drugs just for a day or two when in fact the prescription says the dosage is for one whole week. Most drug stores do not have a qualified and licensed pharmacist to boot. These are the street-level problems that are hard to control, as India’s drug controllers are inept and corrupt as well. Dr Swaminathan Padmanabhan, professor of medicine at the Houston Methodist Center, one the doctors fighting at the front lines of antibiotic therapy, says that misuse and abuse take place at all levels all over the world, but not to the extent it happens in developing countries like India, where there is no enforcement of the rule of law.

Changing people’s attitude is very difficult all over the world. If people do not become aware of their own responsibilities, it is difficult to control the spread of infectious diseases. Dr Sriram Chandrasekharan, assistant professor of biomedical engineering at the Univesity of Michigan, Ann Arbor, says that finding a brand new antibiotic is a long shot and that seems scary. There seems to be not much of public funding for research on new antibiotics around the world. Most drugs available to combat tuberculosis, listeria, or E coli are not effective. According to Dr Chandrasekharan, research into how the body’s immune system works needs greater funding and attention, and understanding how T-cell attacks are avoided by bacteria should also get top priority. Approval of new antibiotics by the US Food and Drugs Authority has decreased by 56 per cent over the past 20 years.

Former US president Barack Obama showed leadership in supporting efforts to launch new antibiotics discovery and development research in 2015. During his term in office, Obama said that “the federal government is making long-term commitment to fighting drug resistance. That doesn’t mean producing yet another batch of antibiotics for market distribution. It means building a stronger drug pipeline”.

A new startup like the one started by Dr Vivek Ramaswamy, CEO of Roivant Sciences in New York, specifically for the purpose of developing new antibiotics, hold lots of hope for the future. It is people like Dr Ramaswamy who need to invest their capital in India where the pay-offs are far greater than in the US. For that to happen, the investment climate must improve and the environment for research and development type of investment needs a lot more public policy support.

There are dedicated members of the Indian medical community who have also been raising alarm about this issue, but in vain. One hopes that Indian lawmakers recognise this critical public health emergency that is looming large on the horizon.