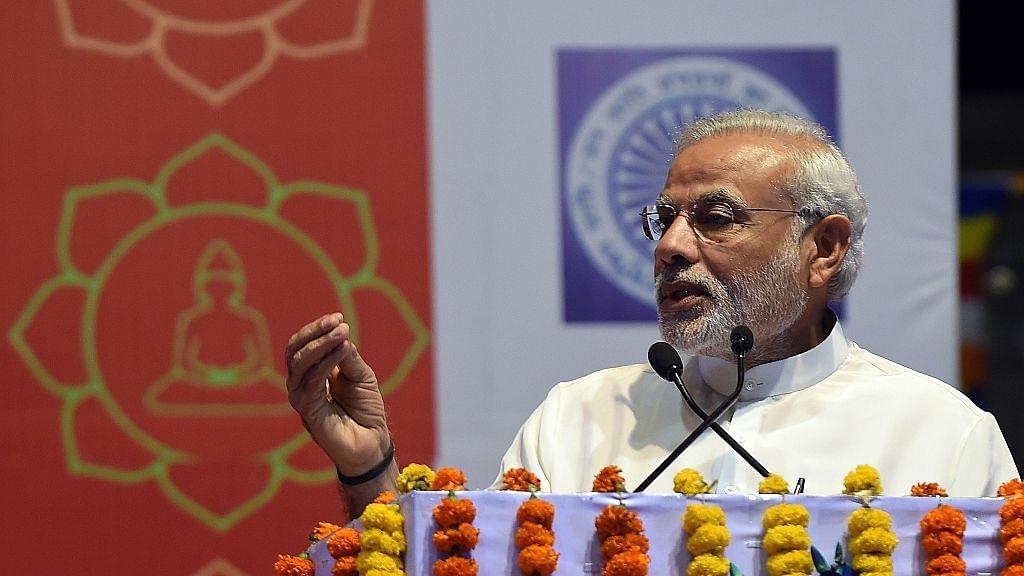 This independence Day reveals to us a republic fractious rather than righteous. Who is fighting whom? If we go back to 1947, the answer would be relatively straightforward. The fratricidal battle that partitioned India was not just between Hindus and Muslims, but between two ideas of nationalism. At the heart of that struggle was the demand by the Muslim League for a separate state for Indian Muslims. According to this “two-nation” theory, Hindus and Muslims were two different, even incompatible, nationalities.

The other side, led by the Congress Party, professed on the contrary that India, though inhabited by people of many religions, was one nation culturally, psychologically and, therefore, politically. Their goal was, thus, to establish a secular state guaranteeing equal rights to all citizens regardless of religious persuasion.

The two-nation theory failed when Bengali Muslims, who inhabited East Pakistan, created their own republic, Bangladesh. The Pakistani government, with its occupying army, wreaked unspeakable atrocities on the East Pakistanis till they were defeated by the Indian army and the Mukti Bahini, the Bangladeshi guerrilla movement. This time, supposedly, it was linguistic and cultural nationalism that had triumphed over religious nationalism. But, in both instances, the issue at stake was not really religion or language, but power— who ruled whom. The Pakistan movement was fuelled by the refusal of Muslim elites in the sub-continent to submit to a Hindu-majority government. How can we, who conquered and controlled India for 600 years before the British, become subjects of the Hindu majority, they protested.

Similarly, when the Awami League, led by Mujibur Rahman, won the Pakistan general elections in 1970, West Pakistanis refused to accept the democratic verdict. The elites who had rejected the possibility of Hindu rule, now repudiated the claims of the legitimately elected Bengali East Pakistanis. To the power-hungry Pakistani oligarchy, democracy is anathema. To retain their hold on the state, they have no hesitation in carrying out a never-ending direct or proxy war with India or supporting terrorism as their national policy.

The partition of Pakistan proved that religion alone is insufficient to keep a nation united. After killing, driving out, or converting the Hindus in their territory, Muslim Pakistanis are now killing each other. Dar-ul-Islam, in the case of Pakistan, can hardly be termed either peaceful or stable. In Bangladesh, too, the spectre of religious violence and intolerance has raised its ugly head again. Linguistic nationalism, it would seem, did not succeed in creating either a secular or equitable state. The purging of non-Muslim minorities, in this case Hindus and Buddhists, is not quite state policy. Yet, powerful non-state religious groups, evidently with the tacit support of successive governments, have carried it out systematically.

In India, on the other hand, the ruling ideology that failed was secularism, not religious or linguistic nationalism. Secularism failed because it was not practiced sincerely. Its chief proponents, Congress-led governments and their Left allies, treated different religious communities neither with equal respect nor with equal indifference. Instead, they continued to play politics with religion, allegedly favouring and appeasing Muslims, Christians, scheduled castes, and other “minorities,” while according stepmotherly treatment to the Hindus, who formed the “majority”.

Such secularism ironically began to resemble the very ideology that it claimed to oppose, namely communalism. After all, in the Indian context, what is communalism if not the favouring of the interests of one religion or community over others? No wonder, such an ideology eventually came to be known as “pseudo-secularism”. Far from being opposed to or equidistant from all religions, it became a kind of minoritarian mock-religious formation itself.

The ideology that has arisen to displace secularism may be called, for lack of better terminology, “soft” Hindutva. In contrast to “hard” Hindutva, which would convert India into a Hindu Rashtra, “soft” Hindutva is the assertion of Hindu majoritarianism in what is still a secular republic. Soft Hindutva is not a well-formed or meticulously worked out position; rather it is a corrective to the failures of secularism. Its ablest expression is the Modi doctrine, whose political pillars are not religious but secular: economic development, good governance, corruption-free politics, and welfare of the last and the least members of society.

In the meantime, all sorts of “Hindu” causes such as cow protection, discouraging of conversions by foreign-funded evangelical and fundamentalist organisations, saving Indian culture from Western influence, opposing alleged Muslim anti-social and criminal elements, and so on, seems to have the tacit support of the ruling powers. The visible reassertion of Hindu cultural and religious symbols in the public domain is a natural concomitant to such majoritarian self-assertion.

To the rising Hindu right, the possibilities of remaking India, both the state and civil society, seem limitless. However, we must not forget that Hindutva 1.0 under the two Vajpayee-led NDA terms, didn’t quite succeed in offering a robust and viable alternative to pseudo-secularism. Similarly, the Modi-led Hindutva 2.0 has not yet become India’s alternate ideology, even if an elected government may be seen as supporting it. In a democracy like India, where electoral battles determine ruling formations, majorities will rule. Whether their constituents are largely majoritarian or opportunistically cobbled together minoritarian coalitions is another matter.

Some may argue that it is Hinduism, rather than secularism, an alien, European creed, that is the best guarantor of Indian pluralism. Indeed, the nature of the conflict in present-day India is not merely religious, social, political, or ideological. It involves the urge to carve out an alter-civilisational trajectory for India rather than adopting the dominant Western techno-consumeristic blueprint. The nation-soul, to use an Aurobindonian idea, aspires to express its unique svabhava and svadharma, its distinctive “law of being”.

This may be true. However, now that the opportunity has presented itself, Hindutva must not fail Hinduism as previous Congress-led governments failed the dharma of secularism. Sri Aurobindo was right when he said in his famous “Uttarpara speech” on 30 May 1909: “We speak often of the Hindu religion, of the Sanatana Dharma, but few of us really know what that religion is.” Just released after a year in jail in the Alipore Bomb Case, he believed that when “India shall rise, it is the Sanatana Dharma that shall rise. It is for the Dharma and by the Dharma that India exists.”

But let us also not forget what he had to say about Sanatana Dharma:

“That which we call the Hindu religion is really the eternal religion, because it is the universal religion which embraces all others. If a religion is not universal, it cannot be eternal. A narrow religion, a sectarian religion, an exclusive religion can live only for a limited time and a limited purpose.”

It is to such an idea of Sanatana Dharma that the Hindu right and Hindutva are answerable. To form an enduring state and civilisational ideology, Hindutva must not be merely a corrective to pseudo-secularism, appeasement of minorities, or any other divisive social and political tendency. It must not be sectarian, espousing the interest only of Hindus or of one social group. It must embrace all, be fair to all, welcome all according them equal dignity and respect. It must aspire to be as broad-minded and liberal as Sanatana Dharma itself.

In a divided republic like ours, more than anything else, the need of the hour is unity. With two notions of the nation struggling for supremacy, the Hindu right must work to unite, not fragment Indians. If their Hindutiva is merely opportunistic or oppositional, how will it distinguish itself from pseudo-secularism, the ideology it wishes to displace? Won’t future generations judge—and reject—it as “pseudo-Hinduism”, fake Sanatanism, only an ideology to grab and hold power, not really the endeavour to create a new and glorious India?

A truly viable state ideology for India would work its way between pseudo-secularism and hard Hindutva. It would integrate the virtues of genuine secularism with those of genuine Sanatanism. Such an ideology, promoted and implemented persuasively rather than coercively, will provide the remedy to the divided republic and augment Swaraj.