What Can Be Done To Smoothen Aadhaar’s Bumpy Ride 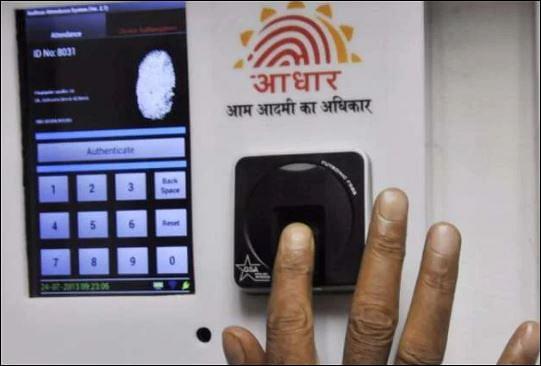 Take 1.2 billion people, mix in dollops of illiteracy and a culture of graft, heat with the oil of optimism, and garnish with faith, bung in the ability of technology to overcome man-made obstacles, and what you get is the Aadhaar system. Though, not surprisingly, just a few years down the line, the techno-magic of Aadhaar appears to be wearing thin in the face of our relentless ability to game any system for personal gain.

Aadhaar was meant to be a silver bullet for fail-safe identification in a country where people literally have multiple identities and not a single verifiable document to prove any. It was thought that the combination of fingerprints, iris and a photograph should be enough to reliably establish a person’s identity. This was good thinking, but somewhat quirky.

The one reason it got nowhere until the Narendra Modi government took over was that it was focused more as a means for reducing waste through mis-targeted subsidy usage in the public distribution system (PDS). Food security is a touchy subject. Naysayers were vocal, from the start, in alleging that a digital identity would necessarily exclude the most deserving — the illiterate, the desperately poor, the very old or disabled — who would be unable to come personally to get their rations. Starting in August 2010, around 610 million Aadhaar cards had been generated by March 2014. This was good progress indeed. Pilot projects were also commenced on direct transfer of benefits as an alternative mechanism of income security.

The Modi government took its time in adopting Aadhaar as a flagship programme. By December 2015, the institutional inertia ensured that 952 million cards had been issued. By July 2016, the Aadhaar (Targeted Delivery of Financial and Other Subsidies, Benefits and Services) Act, 2016 was in place and the Unique Identification Authority of India (UIDAI) had been created, and the programme was set to roll. In the meantime, controlling corruption and plugging leakage of government funds in public services by targeting beneficiaries better had become a priority for the government.

The demonetisation exercise in November 2016, and the subsequent push for digital payments gave a further impetus to the Aadhaar programme. By December 2016, the number of Aadhaar cards generated was 1.1 billion, covering practically the entire population. Aadhaar was to be the backbone for instant digital transfer of money, transfer of benefits from the government to citizens, and for verification of identity while opening bank accounts, acquiring phone connections, paying taxes, buying or selling property and so on. A one-stop-shop for solving the age-old problem of determining identity, in India, where even births and deaths are recorded in a scattered manner, and often the only way of determining who a person is, can be to bring the matter up before a village panchayat.

Pulling over one billion people out of the comfortable shadows of anonymity into the sharp glare of biometric authentication (all 10 fingers, iris and face scan) over a period of just over six years — August 2010 to December 2016 — was a feat beyond compare.

But in the enormity of the feat, lay the seeds of future discontent. Seetha, writing in swarajyamag.com in mid-2016, documented how seeding the existing ration card database with Aadhaar cards in Chandigarh could not resolve the basic problem of accurate identification of below-poverty-line families. The Chandigarh government also launched a cash transfer pilot for the PDS. But a blanket seeding of all beneficiary bank accounts with Aadhaar could not be achieved. Even where bank accounts had been seeded with Aadhaar, sometimes cash support either reached late or not at all. The bottom line is that the benefits transfer pipes are so corroded that even genuine beneficiaries can fail to receive their due.

Reetika Khera, writing on 21 July 2016 for NDTV.com, documents that authentication failures in Andhra Pradesh over the 2014 to 2016 period have consistently denied around 20 per cent of the beneficiaries their rations. This is significantly higher than the allowed authentication failure (false exclusion) rate of 9 per cent, with 1 per cent false inclusions in a single-finger test. Under normal conditions, the United States government recommends at least a four-finger test for reliable authentication.

The website of the UIDAI is remarkably silent on what exactly are the equipment standards being followed and the nature of the certification, and guidelines for operators to ensure that accurate recording in optimum light conditions is done. The Annual Report 2016-17 of the Department of Electronics and Information Technology informs us that 27 equipment suppliers have been certified. We also learn from the report that 4.7 billion authentications have been done. But there is no mention of the failure count. More important: how many of these failures resulted in false exclusions? Any system is only as good as the efficacy of the oversight system ensuring that it remains efficient. If such data exists, it must be shared transparently. If it does not exist, it must be generated. The Annual Report for 2015-16 noted that against 1.1 billion people enrolled for Aadhaar, there were 122 million rejections. The reasons for rejection are not shared.

Under the Modi government, Aadhaar has come to acquire a central position as the one-stop solution for fighting crime, transferring social benefits securely, and, correctly, reducing waste and misappropriation, and making it hard for petty corruption to thrive. This is a good gameplan if it is backed up with all that is necessary to declog the pipes within the underlying government departments which are users of authentication services. An alternative to undertaking this clunky administrative task is to use big data in an organised manner to aid in authentication, not just of identity, but also of eligibility.

In the short term, there has been collateral damage on those whose biometrics were recorded poorly, through no fault of theirs. This damage could be ameliorated very quickly by putting them on a temporary Aadhaar card till it can be determined, at the back end, why an authentication failure has happened. Those found cheating should be punished.

Finally, enrolling for Aadhaar is not a one-time matter. The card will need to be updated if the address changes, corrected in the event of a change in the name post-marriage, or as children cross the five and 15-year biometric marker posts. There will almost certainly be hacks which would compromise parts of the database. This is the bane of centralised systems as opposed to the “on-the-card data” systems.

The UIDAI must have a protocol for responding to such emergencies. It clearly does not have a first responder protocol, judging from the clumsy way in which the recent The Tribune leak (where a journalist was able to access information printed on all Aadhaar cards for the payment of a mere Rs 500) was handled. Shooting the messenger is possibly the most out-of-control, ineffective counter to a purported hack.

Aadhaar was extolled as an example of what India is good at — frugal innovation. We have rolled out more than 1.2 billion cards at a cost of just Rs 72 ($1.14) per card. Compare this with the international cost of at least $15 per card. But frugality, at the cost of quality, is not an effective outcome. Systems, both manual and digital, need to be built around the Aadhaar identification and authentication process to improve test scores. Just sharing more information on the protocols being followed for random checks on quality, security, and for certifying product suppliers and processing staff and the results thereof, would make the concerned citizen into a partner rather than a disinterested onlooker.

We are all pretty sure that the future is digital. But please don’t forget to take us along and help us to participate in this new chapter in India’s development.