When It Comes To Orgasms, It’s A Man’s World; This Needs To Change 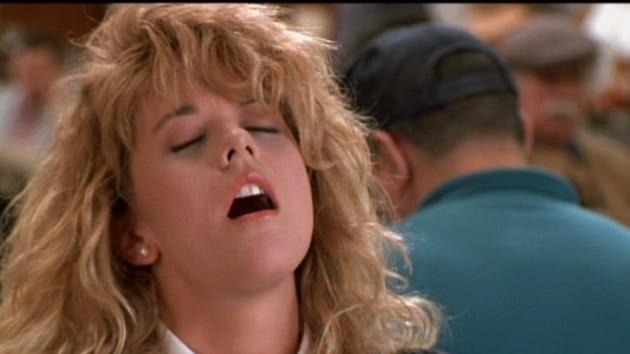 Once upon an evolutionary time, there was the righteous man who could induce ovulation in his woman simply through the act of copulation so as to increase the planet’s population. That’s right, if we retrace our evolutionary roots, the first woman, Eve, just like her other early mammalian cousins, would actually need her male playmate, Adam, in order to trigger her ovarian cycle. In order words, no sex… no egg release! Period…(or not!)

Thus, just like our other mammalian cousins, our egg maturation and subsequent ovulation (at least in the early phases of evolution) was controlled by our male counterparts and their sexual prowess. Of course, thank god… we were not rabbits, lest the mere presence of the male would trigger our egg release. (Darn… I am sure that’s got to be a patriarchal wet dream!)

Of course, as scientists discovered only recently, this mammalian male-induced ovulation actually evolved first and it was much later when – thankfully! – biology decided to take a detour and managed to free the woman (and her ovarian cycle) from the shackles of sex. In other words, women no longer needed a man and/or sexual activity to release an egg. She, in fact, for all intents and purposes, became a cyclical and spontaneous egg-producing/releasing reproductive machine (an evolutionary leap that sanitary napkin companies have much to be thankful for).

Then again, even as evolution brought about anatomical changes in the woman’s body with the clitoris relocating farther away from its earlier reserved position inside the copulatory canal (just for fun, let’s call the newly relocated spot, the GPS, for short, or the Genital (re)Positioned Site… after all, I’m sure we all wish the vagina too came armed with its own GPS… maybe, then we’d know if the G-spot did or did not exist), it became increasingly difficult for the re-positioned clitoris to receive adequate stimulation during sexual intercourse alone. The fallout: the elusive female orgasm!

Of course, when it comes to the female orgasm and its relevance (after all, unlike the man, a woman’s orgasm is not a prerequisite for pregnancy and thus plays no apparent role in human reproduction) … that’s one subject that has fascinated scholars since the day and age of Aristotle. What’s more, even the modern man, who has managed to reach the moon and come back (and who has also managed to spend considerable time exploring a woman’s depths), still struggles… not just in its comprehension, but even in its attainment.

That’s because men still selfishly presume that sex is about “their” pleasure. Then again, even when they do want to please and pleasure their partners, the fact that they have little knowledge of her anatomy and her pleasure points does little to help matters in the mattress (not to mention, the woman “faking it” does not help the matter either!) On the contrary, she is actually doing a great disservice to all us sisters worldwide… and just in case you’re reading this… please, I am begging you to stop! Tell your man that even though you have an internal plumbing, he is neither a plumber, nor should he treat his penis like a plunger! (Note to all my sisters: In case he cringes at the mere mention of the word vagina, sex or penis… girl, get out! He ain’t never gonna do it for you!)

Of course, it’s not really the man (or the woman, for that matter) who’s to be blamed. Theorists, most of whom are actually men, have been so busy “theorising” female orgasms that they have rarely found the need to focus on its fulfilment. In fact, these theorists claim that female orgasms (if at all they exist) simply exist to serve a specific function, namely: pair bonding, mate selection or heightened fertility.

While the pair bonding theory focuses on oxytocin production (which is also known as the cuddle or the “love hormone”), which is supposed to help the female bond with her partner, thereby providing both sets of parents for the offspring, mate selection actually thinks of female orgasms as a sort of litmus test for the suitability of the partner. Of course, the cherry on the cake (sorry, couldn’t help the “cherry” euphemism) is the case of heightened fertility which stipulates that when women experience orgasms, their uterine muscles contract, which helps “suck up” the sperm. (I mean, come on, do we really believe that vaginas function like vacuum cleaners?)

Thus, it wasn’t a coincidence that J D Salinger (albeit a man) once remarked that “a woman’s body is like a violin; but it takes a terrific musician to play it right.” Of course, a note to the man: Before you kick yourself for not being a proficient violin-player, trust me, it’s not your fault. The fault actually lies with the violin! After all, in our case, the violin can speak! And thus, here I am… one of the violins… with one of my pieces!

After all, when it comes to gender inequality, there is one inequality that we all seem to have forgotten to discuss and debate – the orgasmic inequality! In fact, this inequality stares society in the face every time a man demands his woman to service his member without offering to repay her. Forget the actual deliverance, there is seldom even a lip service (pun, in the name of the cunning man and the act he refuses to perform, is very much intended).

Then again, it’s difficult to blame the manufacturers when the women themselves think that the mysterious G-spot (named after the German obstetrician and gynaecologist, Ernst Gräfenberg, who for the first time in 1950 spoke about a two-inch area along the anterior (or front) wall of the vagina, which when stimulated was capable of producing earth-shattering orgasms) would help them attain orgasmic bliss. And so they go through life (and so did I), naively believing that if female orgasms were a treasure map, “G” marks the spot!

Truth is, right territory… wrong alphabet! Thus, instead of looking for G-spots, it’s time we shifted our concentration to the C-spots… aka the clitoris! (By the way, no offence Freud, but not being able to vaginally orgasm is not psychosexual immaturity… it’s simply the anatomical juxtaposition of the clitoris vis-a-vis the vaginal opening! So close together… and yet so far apart!)

In fact, the clitoris actually holds the secret to powerful female orgasms… a fact that was highlighted as early as 1559, when Renaldo Columbo wrote a book titled De Re Anatomica, where he for the first time referred to the clitoris as the “seat of a woman’s delight.”

How and why the clitoris took a backseat still remains quite the mystery, but there is one mystery that has been decoded – the female orgasm is neither an evolutionary accident, nor is it meant to suck up sperm. Moreover, with the right partner, who doesn’t mind a little exploration (sans the GPS of course), orgasms are never elusive!

To all those men and women who believe in gender equality, it’s time to take equality to bed!