When Sri Aurobindo Invoked The Strength Of India 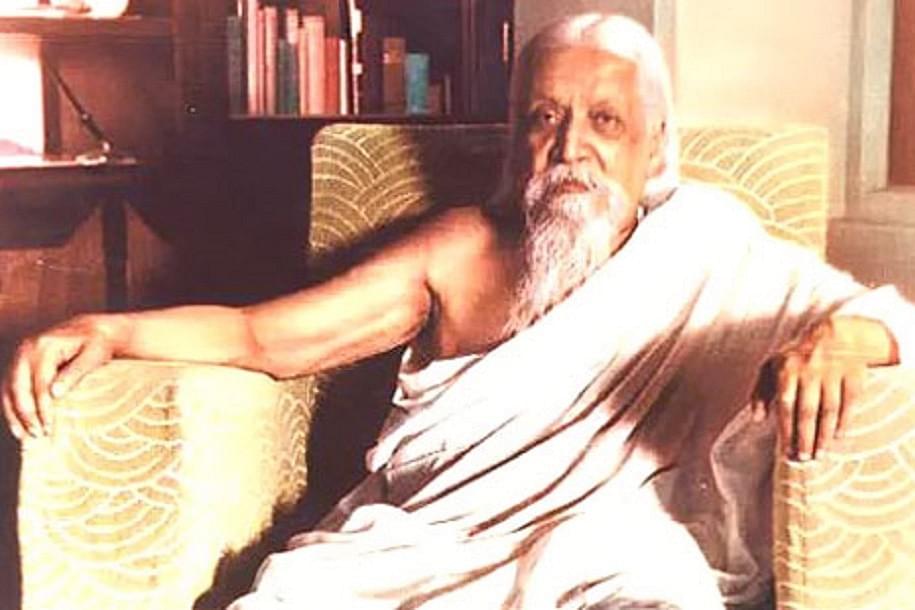 An excerpt from a recent book which captures, among other things, Sri Aurobindo’s contribution to the freedom movement in India while it was still in its infancy.

From 1900 onwards, Sri Aurobindo began contacting revolutionary groups in Maharashtra and Bengal, and tried to coordinate their action with the help of his brother, Barindra Kumar Ghose, and Jatindranath Banerjee; at Sri Aurobindo’s initiative, P Mitter, Surendranath Tagore, Chittaranjan Das and Sister Nivedita soon formed the first secret council for revolutionary activities in Bengal. Although an effective coordination between the various groups remained elusive, some of them, such as P Mitter’s Anusilan Samiti, played a considerable part in spreading the Nationalist ideal. Their chief weapon was the establishment of centres in numerous towns and villages, where young men were given intellectual, moral and physical training, and were inspired to work for India’s liberation.

Around this time, Sri Aurobindo wrote Bhawani Mandir, a pamphlet ‘for the revolutionary preparation of the country.’ Thousands of copies of it were distributed clandestinely.

India, the ancient Mother, is indeed striving to be reborn, striving with agony and tears, but she strives in vain. What ails her, she who is after all so vast and might be so strong? There is surely some enormous defect, something vital is wanting in us, nor is it difficult to lay our finger on the spot. We have all things else, but we are empty of strength, void of energy. We have abandoned Shakti and are therefore abandoned by Shakti. The Mother is not in our hearts, in our brains, in our arms.

The wish to be reborn we have in abundance, there is no deficiency there. How many attempts have been made, how many movements have been begun, in religion, in society, in politics! But the same fate has overtaken or is preparing to overtake them all. They flourish for a moment, then the impulse wanes, the fire dies out, and if they endure, it is only as empty shells, forms from which the Brahma [divine essence] has gone or in which it lies overpowered with Tamas [darkness] and inert. Our beginnings are mighty, but they have neither sequel nor fruit.

Now we are beginning in another direction; we have started a great industrial movement which is to enrich and regenerate an impoverished land. Untaught by experience, we do not perceive that this movement must go the way of all the others, unless we first seek the one essential thing, unless we acquire strength.

Is it knowledge that is wanting? We Indians, born and bred in a country where Jñ ana has been stored and accumulated since the race began, bear about in us the inherited gains of many thousands of years. ... But it is a dead knowledge, a burden under which we are bowed, a poison which is corroding us, rather than as it should be a staff to support our feet and a weapon in our hands; for this is the nature of all great things that when they are not used or are ill used, they turn upon the bearer and destroy him. …
Is it love, enthusiasm, Bhakti that is wanting? These are ingrained in the Indian nature, but in the absence of Shakti we cannot concentrate, we cannot direct, we cannot even preserve it. Bhakti is the leaping flame, Shakti is the fuel. If the fuel is scanty how long can the fire endure? …

The deeper we look, the more we shall be convinced that the one thing wanting, which we must strive to acquire before all others, is strength — strength physical, strength mental, strength moral, but above all strength spiritual which is the one inexhaustible and imperishable source of all the others. If we have strength everything else will be added to us easily and naturally. In the absence of strength we are like men in a dream who have hands but cannot seize or strike, who have feet but cannot run. ... If India is to survive, she must be made young again. Rushing and billowing streams of energy must be poured into her; her soul must become, as it was in the old times, like the surges, vast, puissant, calm or turbulent at will, an ocean of action or of force. Many of us, utterly overcome by Tamas, the dark and heavy demon of inertia, are saying nowadays that it is impossible, that India is decayed, bloodless and lifeless, too weak ever to recover; that our race is doomed to extinction. It is a foolish and idle saying. No man or nation need be weak unless he chooses, no man or nation need perish unless he deliberately chooses extinction. For what is a nation? What is our mother-country? It is not a piece of earth, nor a figure of speech, nor a fiction of the mind. It is a mighty Shakti, composed of the Shaktis of all the millions of units that make up the nation, just as Bhawani Mahisha Mardini sprang into being from the Shakti of all the millions of gods assembled in one mass of force and welded into unity. The Shakti we call India, Bhawani Bharati, is the living unity of the Shaktis of three hundred million people,* but she is inactive, imprisoned in the magic circle of Tamas, the self-indulgent inertia and ignorance of her sons. ...

We have to create strength where it did not exist before; we have to change our natures, and become new men with new hearts, to be born again. ... We need a nucleus of men in whom the Shakti is developed to its uttermost extent, in whom it fills every corner of the personality and overflows to fertilise the earth. These, having the fire of Bhawani in their hearts and brains, will go forth and carry the flame to every nook and cranny of our land.